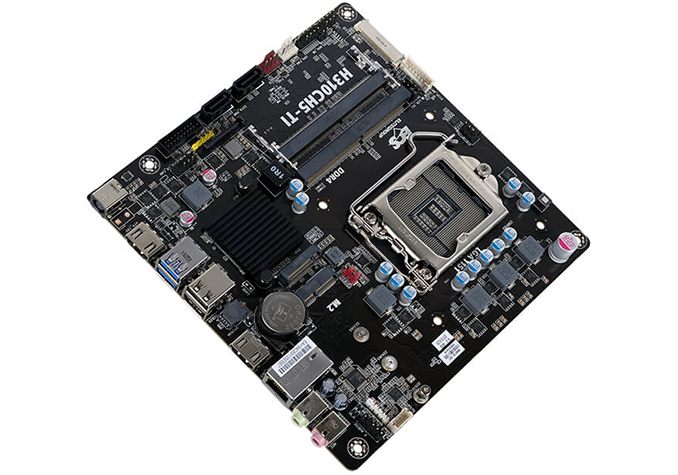 ECS has released its new Thin Mini-ITX motherboard designed for Intel’s Coffee Lake-S processors. The H310CH5-TI mainboard is aimed at miniature systems as well as upgradeable all-in-one desktops compatible with the said form-factor.

As the name suggests, the ECS H310CH5-TI is based on Intel’s H310 chipset and therefore supports the company’s 8th Generation Core i3/i5/i7 processors, as well as their cheaper Celeron and Pentium-branded brothers. The motherboard is outfitted with a 4+1-phase VRM that uses solid-state coils and capacitors to prolong lifespan of the platform and ensure stability during high loads. Unfortunately, ECS does not disclose which specific CPUs are qualified for the mainboard, but keeping in mind rather limited cooling that a Thin Mini-ITX chassis can provide, I wouldn't expect this board to be used with anything over a 65 W TDP chip. 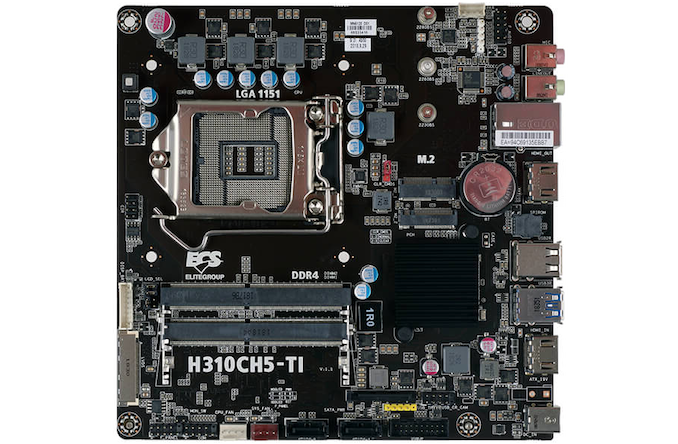 I/O capabilities of the motherboard are pretty typical for a Thin Mini-ITX platform. The motherboard has a GbE port (controlled by Realtek’s 8111H chip), one HDMI 1.4 output, one HDMI 1.4 input, four USB 3.0 Type-A connectors (two internal and two external), two USB 2.0 Type-A ports, and two audio jacks. It is noteworthy that the audio subsystem of the H310CH5-TI is comprised of the Realtek ALC662 codec and a six-channel DAC.

Since Slim Mini-ITX motherboards can be used for special-purpose systems and highly-integrated AIO desktops, the ECS H310CH5-TI also has numerous internal headers, including a card reader header, a webcam header, a touch board header, a camera header, an IR sensor header, and so on.

ECS has not disclosed pricing of the motherboard, but typically Intel H310-based boards are among the cheapest.