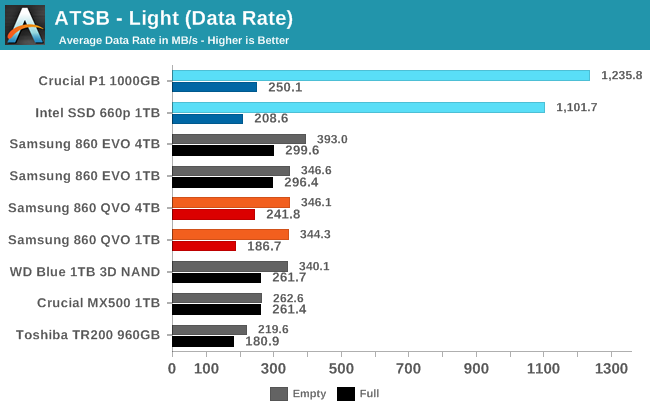 The Samsung 860 QVO has no trouble with the Light test when it is run on an empty drive, and the full-drive performance loss is not too bad: the 1TB 860 QVO remains ahead of the DRAMless TLC drive even when the drives are full. 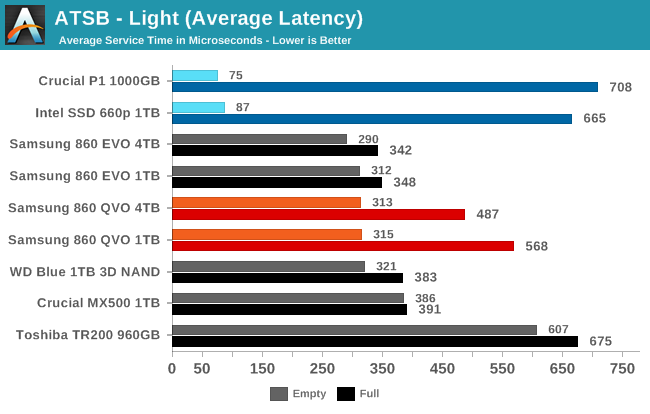 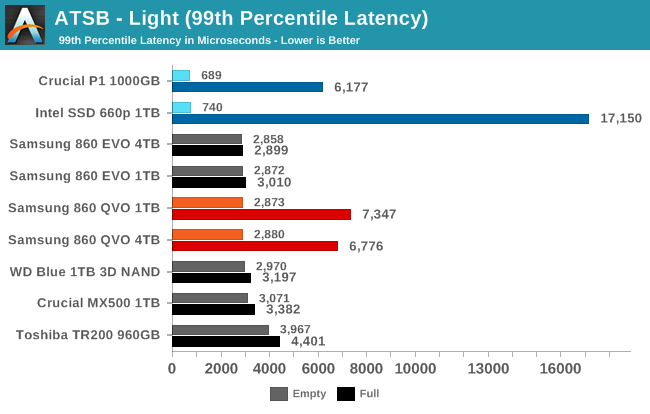 The average and 99th percentile latency scores from the 860 QVO are no problem when the test is run on a full drive. They're substantially higher when the drives are full, but the latency is better-controlled than on the Intel/Micron QLC drives. 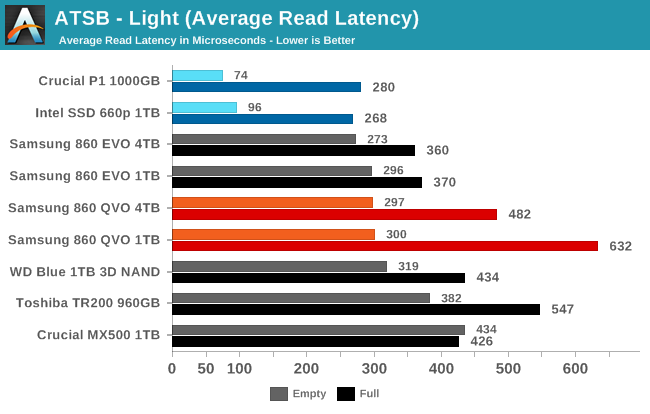 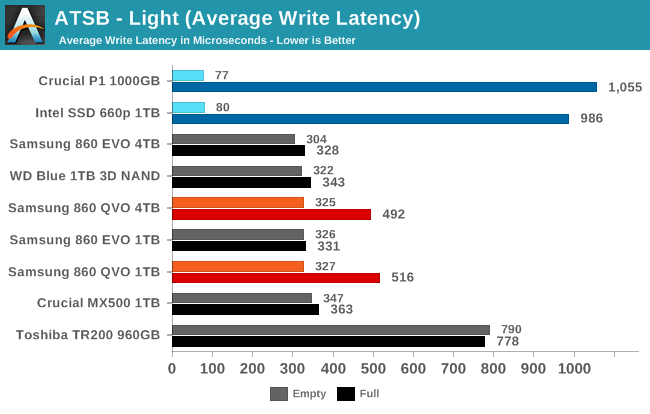 The average read and write latency scores from the 860 QVO are clearly different from the TLC drives for the full-drive test runs, but they don't stand out as significantly worse than what we've seen from some of the slower TLC drives. 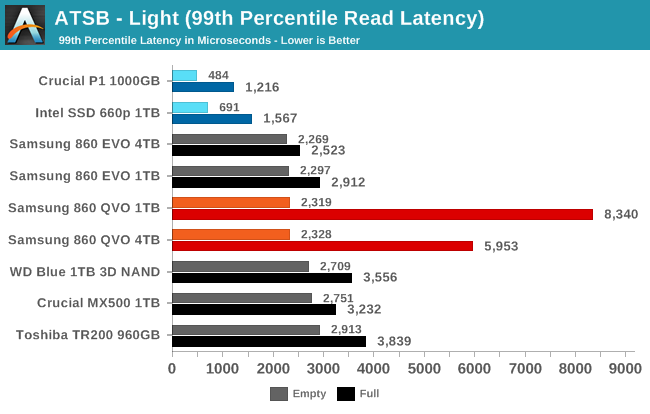 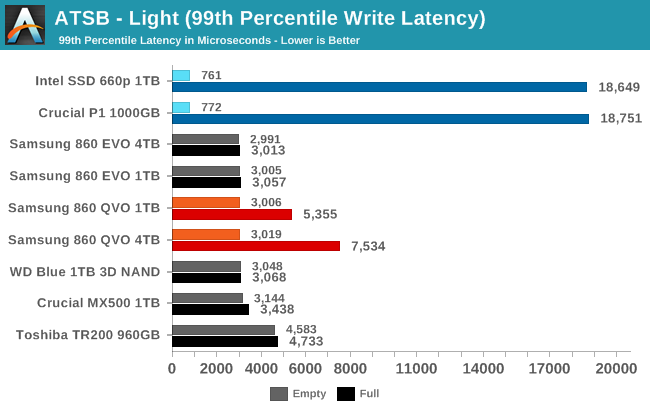 The 99th percentile read latency on the 860 QVO is a sore spot when the drive is full, but the 99th percentile write latency doesn't get too far out of control, especially compared to the other two QLC drives. 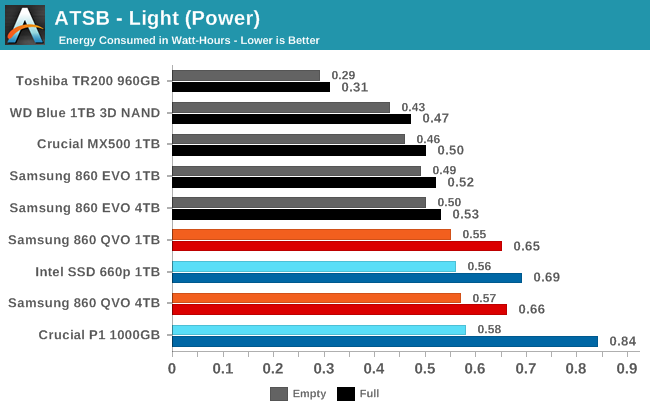 All of the QLC drives use more energy than the TLC drives during the Light test, and especially when the drives are full and have more background work to do.