While the chipset and support has not been officially announced by nVidia, there were plenty of boards for Athlon 64 with PCI Express in the nVidia suite. They included a very interesting dual Opteron CK8 board from iWill. 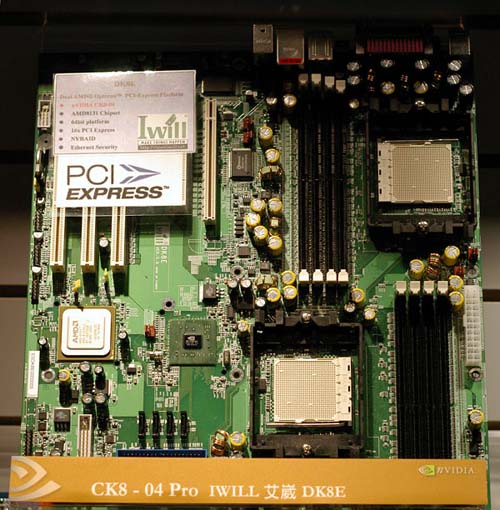 
There was even more interest in the Socket 939 nVidia boards with PCI-E. A wide cross section of manufacturers had CK8 PCI-E boards on display including Biostar and Gigabyte. 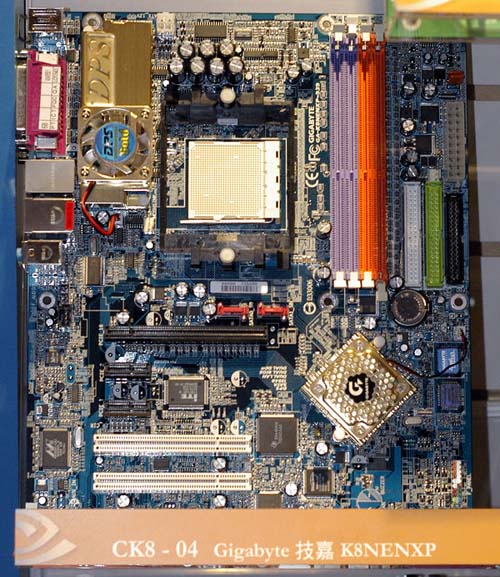 
Abit's upcoming AN8 is another board that will feature PCI Express on the nVidia chipset. 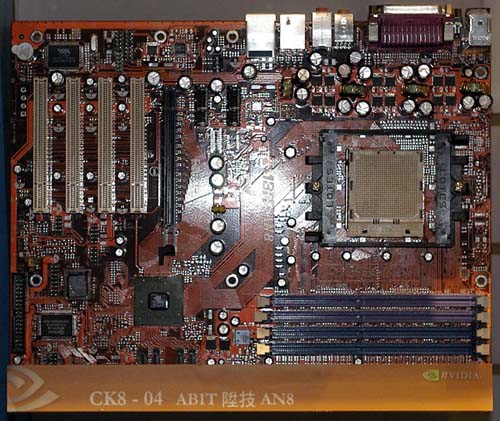 
The big question with PCI-Express for nVidia is: "When?" nVidia said that we may see their new PCI-Express boards for Athlon 64 as early as September or as late as 4th quarter. It all depends on how fast the market accepts PCI Express.