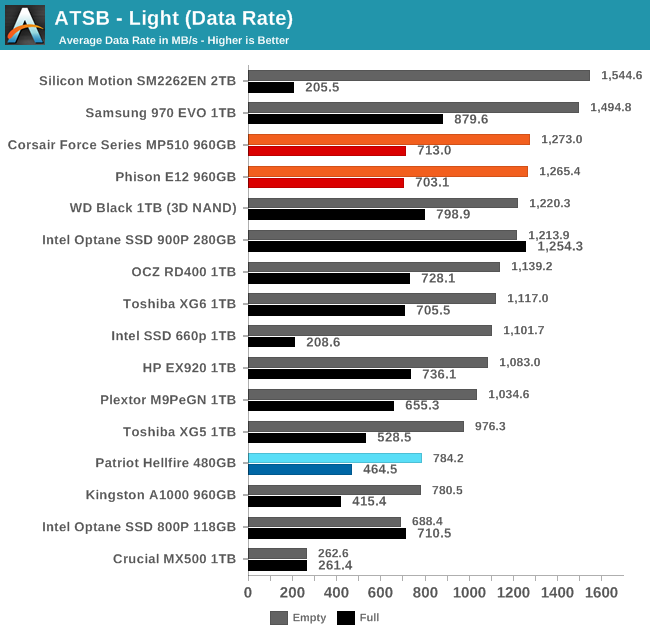 The average data rates from the Corsair Force MP510 show a much larger performance hit for running the Light test on a full drive than we saw with the Heavy test, but in either case the MP510 maintains competitive performance. 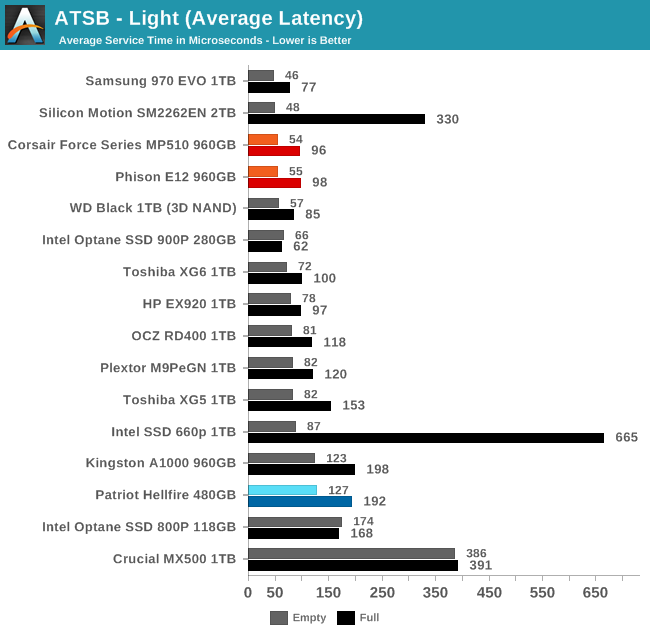 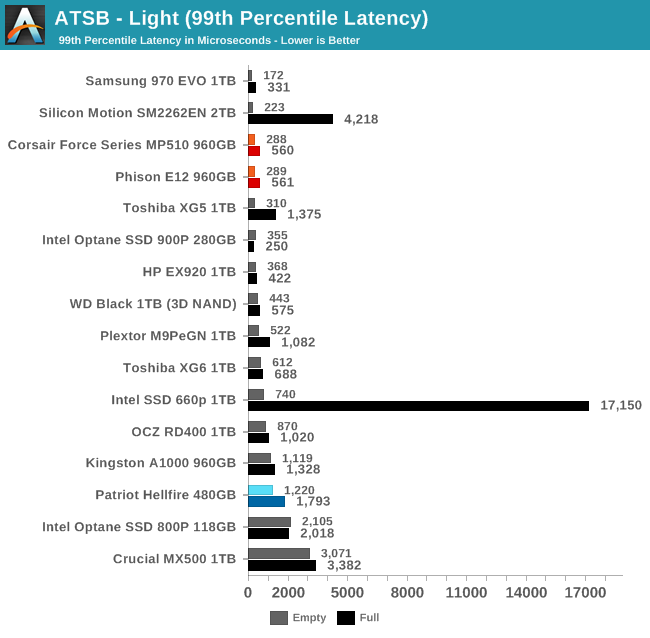 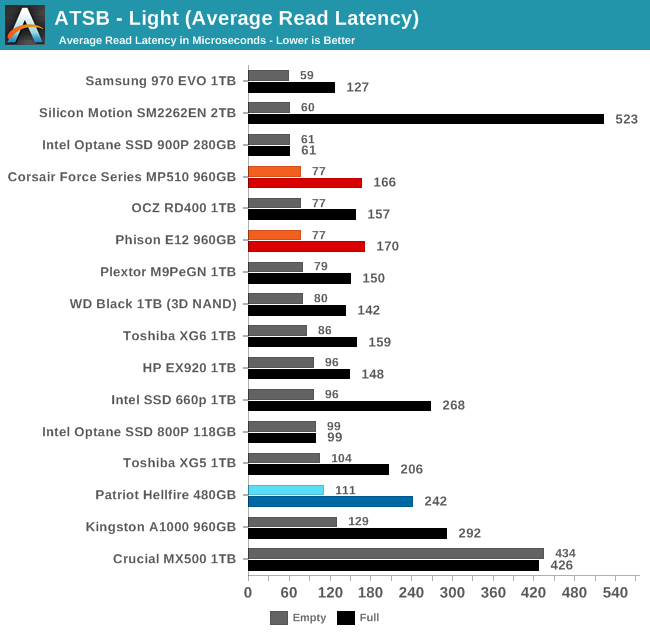 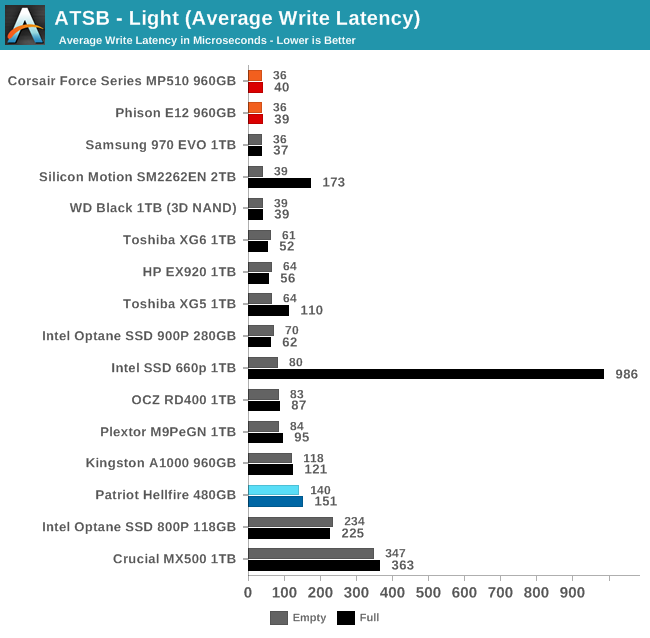 The MP510 continues to have some of the best write latencies and competitive read latencies, with the write latency in particular showing almost no penalty for running the test on a full drive. 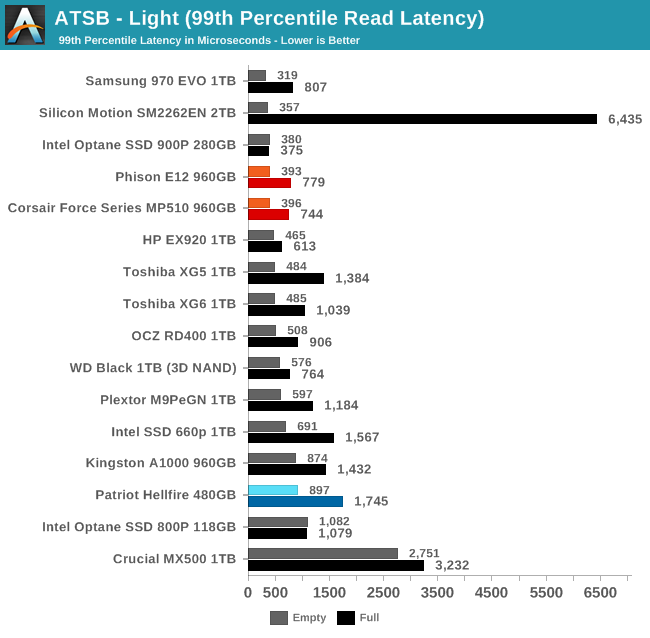 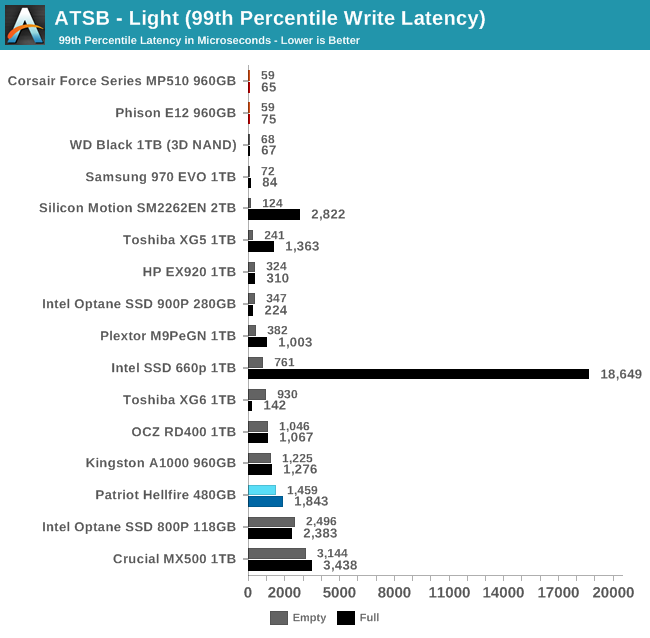 The 99th percentile write latency of the Corsair MP510 on the Light test is minimal, showing that the entire test operates within the very fast SLC write cache. The read latencies are very good, but don't set any records. 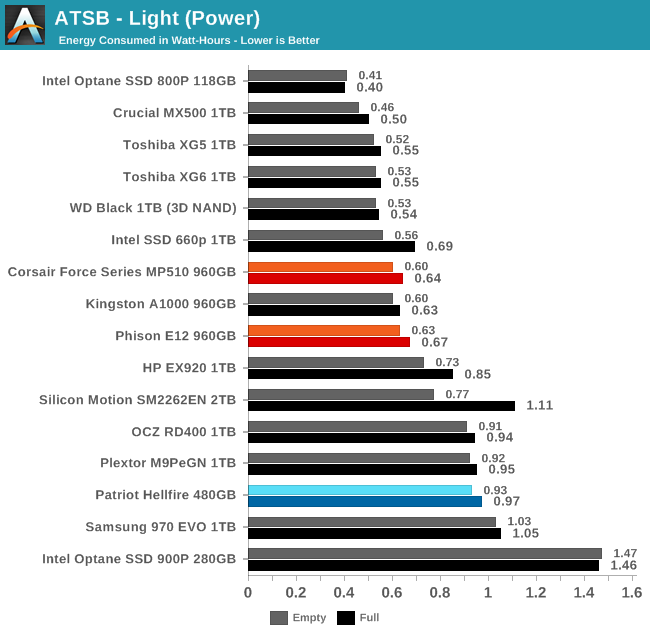 The energy usage by the MP510 during the Light test is a bit better than average but still about 30% higher than the Crucial MX500 mainstream SATA SSD.