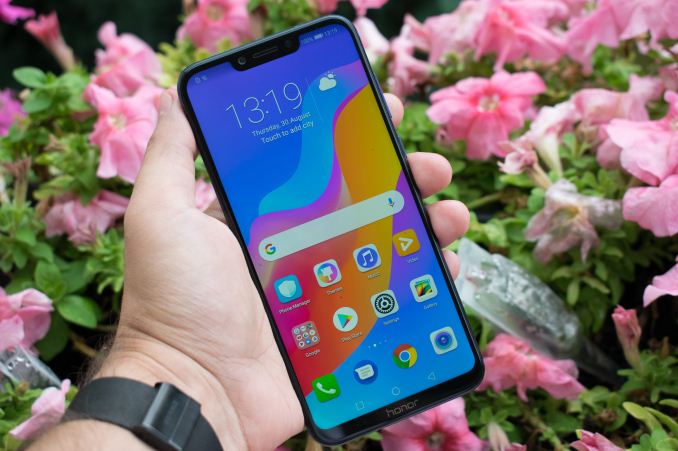 Today at Honor’s event in Berlin we saw the global launch of the new Honor Play smartphone. The Honor Play had been announced in China and India back in July, but starting today we see the phone’s more widespread launch in other markets.

The design of the Honor Play resembles more that of past Huawei and Honor phones in the sense that it’s a metal unibody design instead of the newer glass panel found on the P20’s and Honor 10.

The unit sports 4GB of RAM and comes with a standard 64GB of NAND storage, expandable via the inclusion of a microSD slot that can also serve as an alternative second nanoSIM slot.

Design wise, the Honor Play as a whole is most comparable to the Honor View 10 released earlier in the year, with the exception that the new phone comes with a larger 6.3” screen. It’s to be noted here that the increased screen size comes virtue of a stretching of the aspect ratio to 19.5:9, as the width remains the same.

In terms of device footprint, it very much matches the Honor View 10 at it comes at the same 157mm height, a similar 74.3mm width, and is only a hair thicker at 7.5mm. The good news here is that the Honor Play uses the same larger capacity 3750mAh battery as found on the View 10. 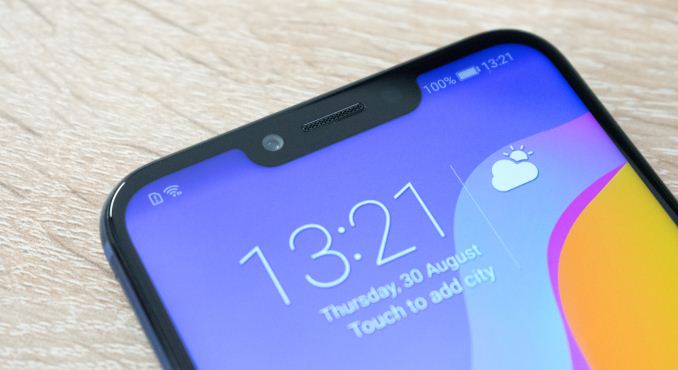 The Honor Play adopts a display notch, however it’s not comparable to what we’ve seen on the P20 series; here the Honor Play notch is a lot wider and more alike what we see in the iPhone X as it employs a wider and bigger speaker grill.

The IPS screen comes at with a resolution of 2340 x 1080 – with the time I’ve spent with the phone I’ve found the screen to be quite good and comes with sRGB and DCI-P3 calibration settings. In general for a device in the price range Honor is employing some good quality screens and the Honor Play is no exception as it offers good viewing angles and gets plenty bright.

On the back of the phone we see the rear positioned fingerprint sensor and the two back cameras. The main camera is a 16MP F/2.2 – don’t expect it to compete with the latest flagship devices in terms of light capture capabilities, but it does come with Huawei’s latest AI camera features (Which can be a hit and miss). The secondary sensor is a 2MP unit which serves for depth perception. 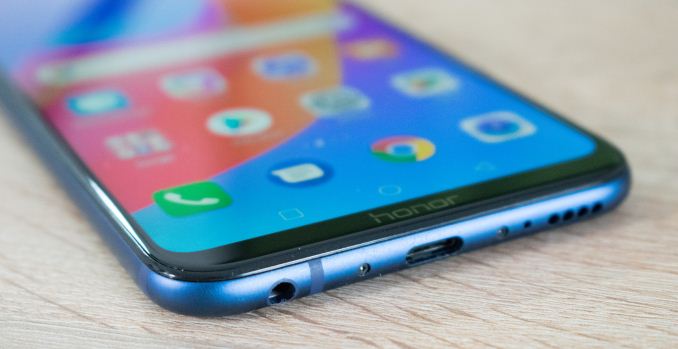 At the bottom of the phone we see a bottom firing mono speaker, a USB-C port and a 3.5mm headphone jack.

I’ve been working on a separate article addressing GPU Turbo this week and will be going more in depth about Honor’s performance claims and the corresponding actual performance of the Honor Play. Given that the company is marketing the phone as a gaming oriented device with high performance, it’s to be expected that the phone should perform well. Unfortunately readers should take Honor’s marketing claims with a mountain of salt as we’ve discovered some less than fantastic results in our analysis. Stay in tuned in the next couple of days as we finish our editorial piece on GPU Turbo and Honor’s marketing claims.

The Honor Play comes at a very attractive price of 329€ / £279. Considering the overall quality of the phone, this is an attractive option and offers a lot better value than alternative. The phones comes in “midnight black”, “navy blue”, “ultra violet” standard colours and for an additional 20€ the special “Player edition” versions comes In black and red options. Here the Honor Play’s most direct competition is Xiaomi’s new Pocophone F1, which all in all might be a much better option virtue of the far superior Snapdragon 845 SoC.