The only major difference between All-in-Wonder 9600 XT and 9600 Pro is the GPU, which we will get to in a bit. Other than that, ATI doesn't strip or add anything else to the XT derivative of the All-in-Wonder 9600. 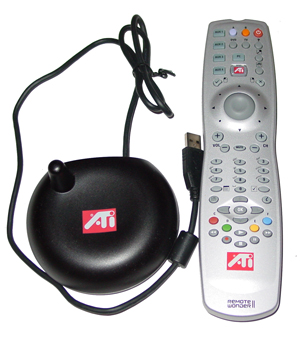 
Surprising, we really liked this remote, despite its large size - the base is humongous. It has lots of improvements over its predecessor, all of which we will get to in another review.