ShaderMark v2.0 is a program designed to stress test the shader performance of modern DX9 graphics hardware with Shader Model 2.0 programs written in HLSL running on a couple shapes in a scene. 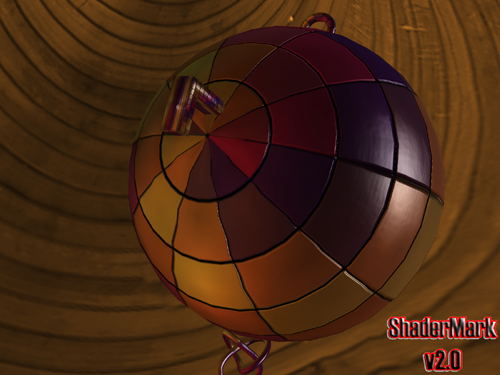 We haven't used ShaderMark in the past because we don't advocate the idea of trying to predict the performance of real world game code using a synthetic set of tests designed to push the hardware. Honestly, as we've said before, the only way to determine performance of a certain program on specific hardware is to run that program on that hardware. As both software and hardware get more complex, results of any given test become less and less generalize able, and games, graphics hardware, and modern computer systems are some of the most complex entities on earth.

So why are we using ShaderMark you may ask. There are a couple reasons. First this is only a kind of ball park test. ATI and NVIDIA both have architectures that should be able to push a lot of shader operations through. It is a fact that NV3x had a bit of a handicap when it came to shader performance. A cursory glance at ShaderMark should tell us enough to know if that handicap carries over to the current generation of cards, and whether or not R420 and NV40 are on the same playing field. We don't want to make a direct comparison, we just want to get a feel for the situation. With that in mind, here are the benchmarks.

These benchmarks are run with fp32 on NVIDIA hardware and fp24 on ATI hardware. It isn't really an apples to apples comparison, but with some of the shaders used in shadermark, partial precision floating point causes error accumulation (since this is a benchmark designed to stress shader performance, this is not surprising).

ShaderMark v2.0 clearly shows huge increase in pixel shader performance from NV38 to either flavor of NV40. Even though the results can't really be compared apples to apples (because of the difference in precision), NVIDIA manages to keep up with the ATI hardware fairly well. In fact, under the diffuse lighting and environment mapping, shadowed bump mapping and water color shaders don't show ATI wiping the floor with NVIDIA.

In looking at data collected on the 60.72 version of the NVIDIA driver, no frame rates changed and a visual inspection of the images output by each driver yielded no red flags.

We would like to stress again that these numbers are not apples to apples numbers, but the relative performance of each GPU indicates that the ATI and NVIDIA architectures are very close to comparable from a pixel shader standpoint (with each architecture having different favored types of shader or operation).

In addition to getting a small idea of performance, we can also look deep into the hearts of NV40 and see what happens when we enable partial precision rendering mode in terms of performance gains. As we have stated before, there were a few image quality issues with the types of shaders ShaderMark runs, but this bit of analysis will stick only to how much work is getting done in the same amount of time without regard to the relative quality of the work.

As we work on our image quality analysis of NV40 and R420, we will be paying heavy attention to shader performance in both full and partial precision modes (as we want to look at what gamers will actually be seeing in the real world). We will likely bring shadermark back for these tests as well. This is a new benchmark for us, so please bear with us as we get used to its ins and outs.