The pre-production firmware on our SM2262EN sample doesn't implement any of the NVMe 1.3 power or thermal management features, even though the current retail SM2262 drives support Host Controlled Thermal Management. The supported power states are unchanged from those on retail SM2262 drives. 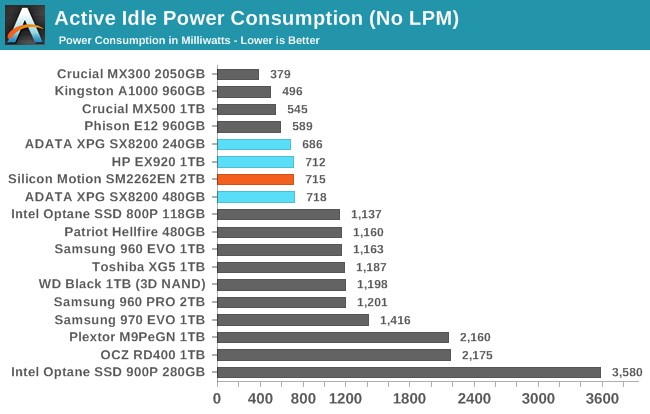 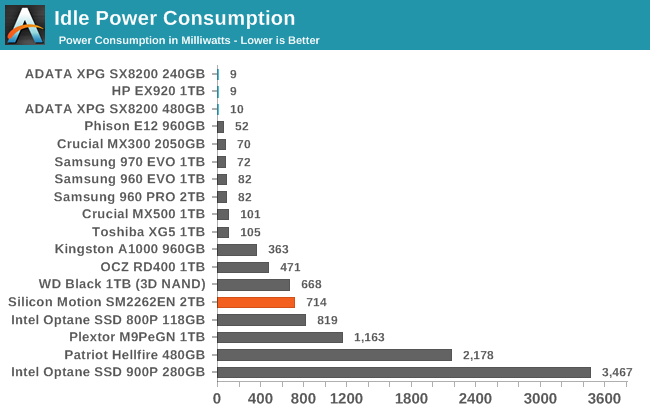 The active idle power consumption of the SM2262EN is the same as the SM2262, which is still pretty good by the standards of NVMe SSDs. However, the idle sleep states are broken on this drive, so turning on APST or even manually instructing the drive to enter one of its non-operational power states has no effect. This is a disappointing regression from the excellent power management we've seen from the SM2262, but I'm confident this issue can be fixed before drives hit the market. 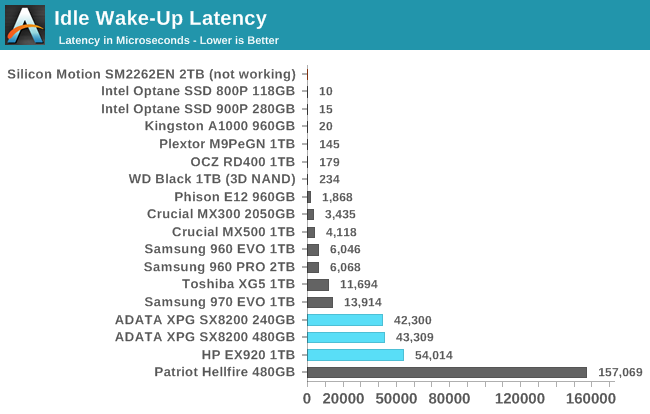 With idle power management currently broken on the SM2262EN, we can't see whether Silicon Motion has improved the wake-up latency. It's a bit high for the SM2262 drives, but since they also offer the best idle power on our testbed that can probably be forgiven.