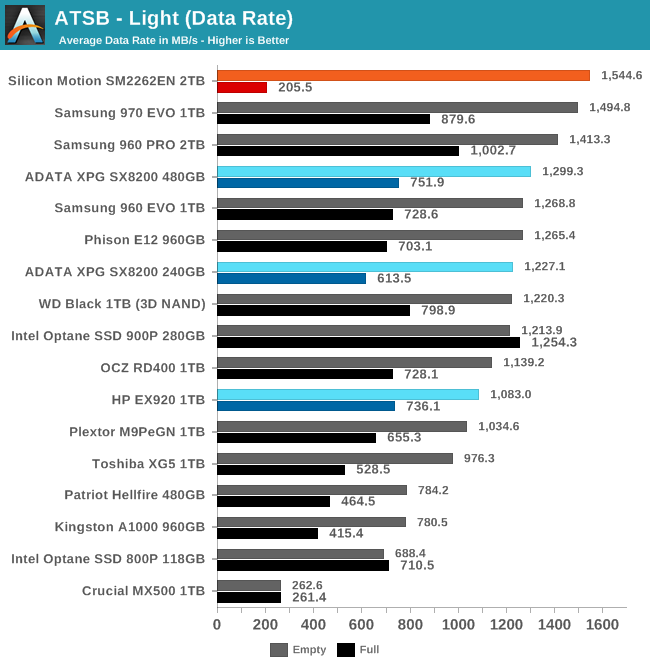 The difference between freshly-erased and full drive test run performance is greater for the Silicon Motion SM2262EN than for any other drive. The fresh out of the box performance on the Light test is faster than anything else we've tested, and the full-drive performance is below par for a mainstream SATA SSD. Where this drive transitions between these two modes and how steep that transition is will make or break the product. 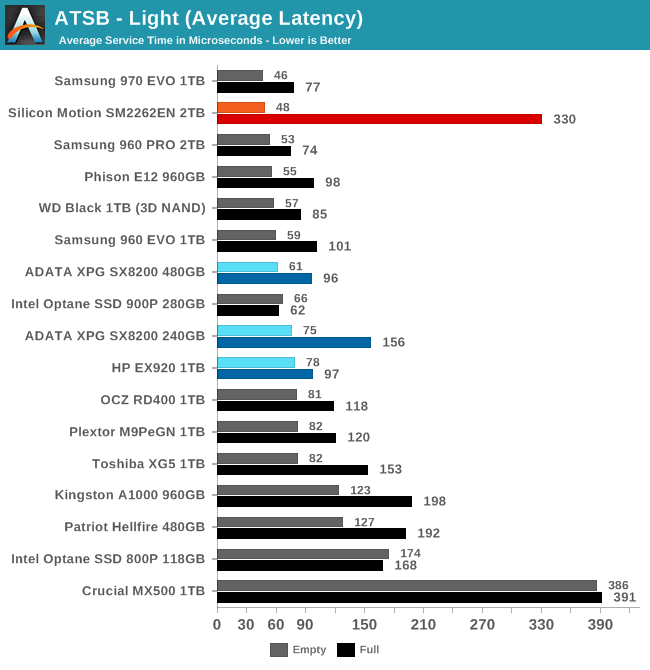 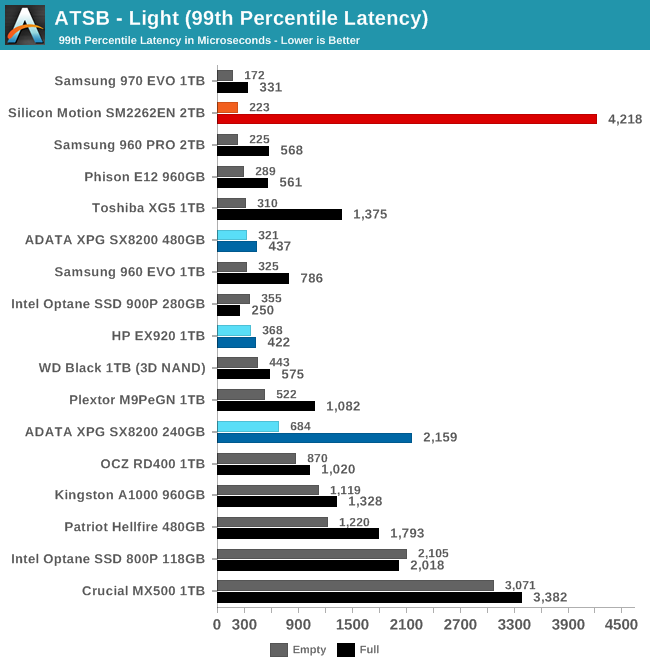 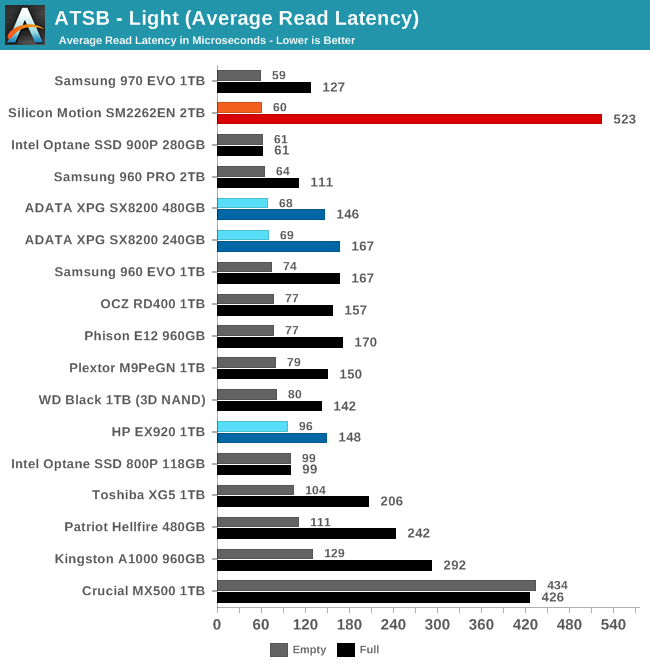 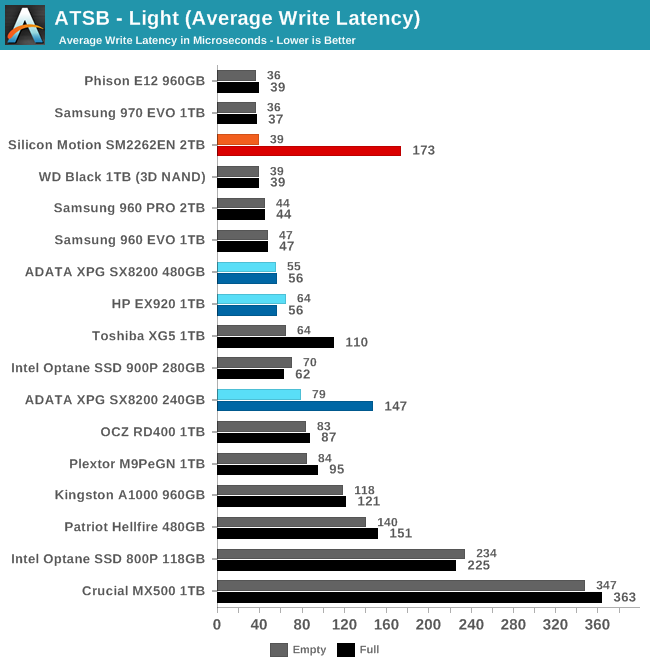 Average read and write latencies from the SM2262EN are more or less tied for first place when the test is run on an empty drive. When the drive is full the read latency is a bigger problem than write latency: reads are slower than the MX500, while writes stay in low-end NVMe territory. 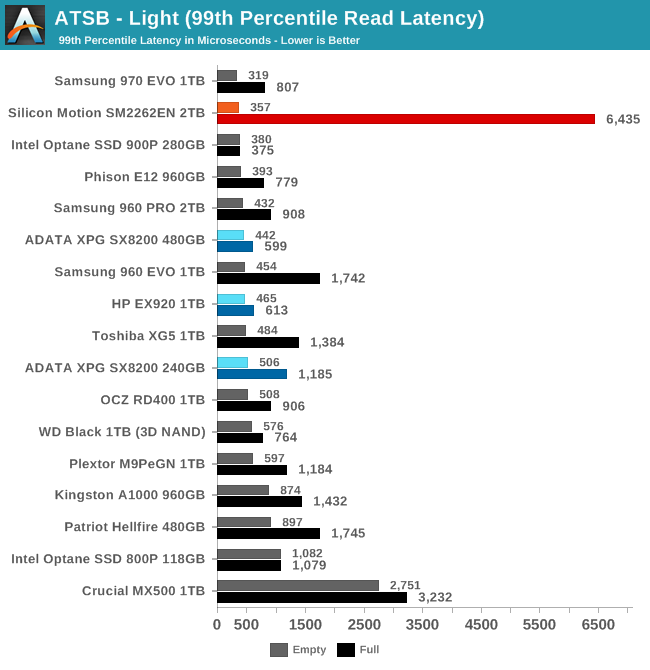 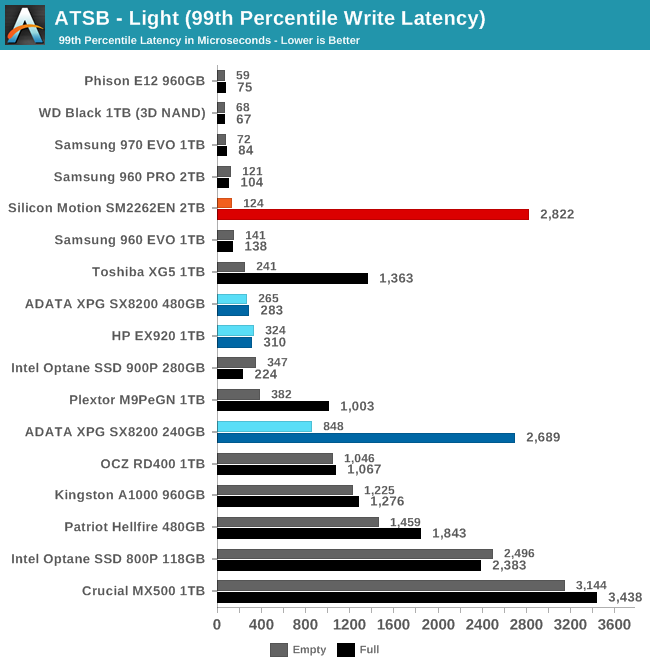 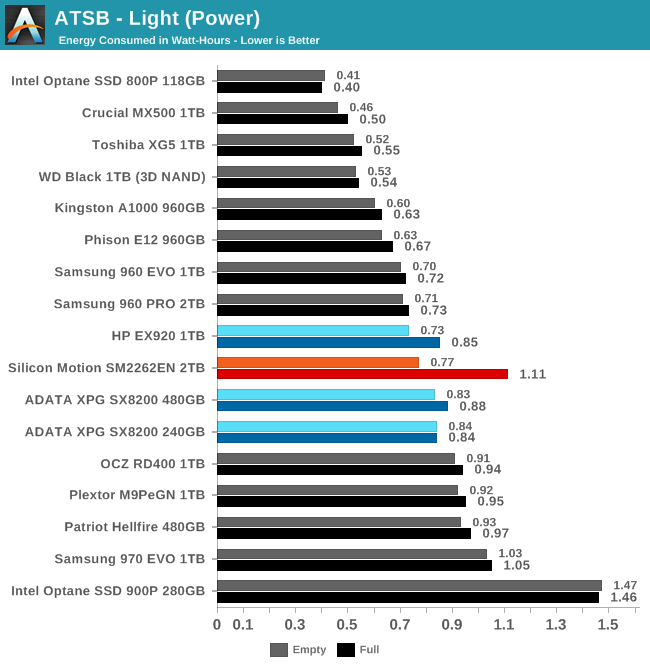 The SM2262EN's energy consumption during the Light test is slightly higher than average for the empty-drive test runs, and higher than any other M.2 drive when the test is run on a full drive.