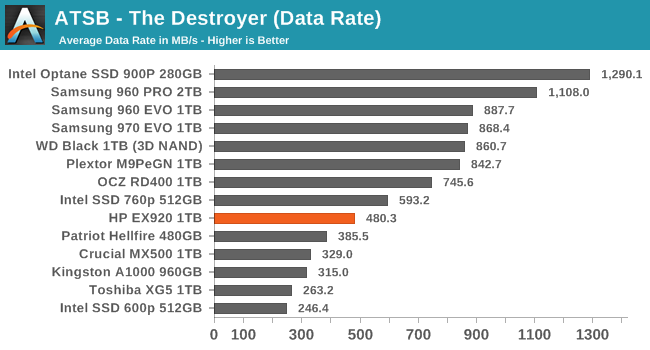 The average data rate from the 1TB HP EX920 on The Destroyer is a bit disappointing, falling below the lower-capacity Intel 760p and only a little over half as fast as current 1TB high-end NVMe SSDs. The EX920 is still substantially faster than SATA SSDs or low-end NVMe SSDs like the Phison E8-based Kingston A1000, but the EX920 is definitely not in the same league as Samsung's drives or the current WD Black. 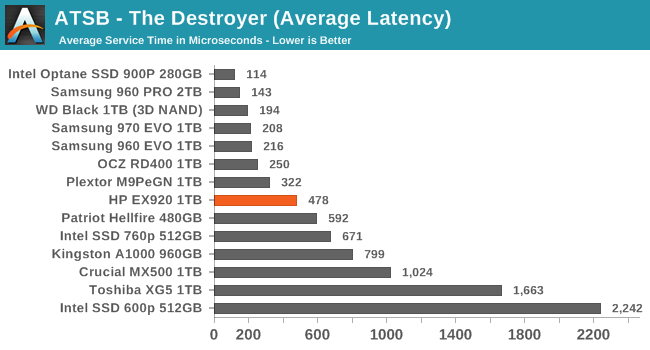 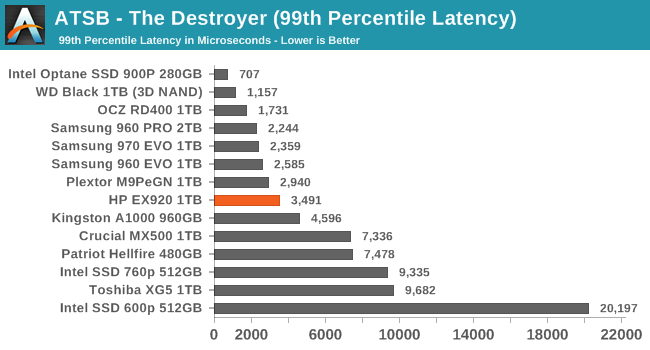 The average and 99th percentile latency scores from the HP EX920 cast the drive in a slightly better light than the average data rate did, but it is still falling short of the high-end NVMe drives. The EX920 scores better than the smaller Intel 760p on these two metrics, even though the Intel drive delivered a higher average data rate. 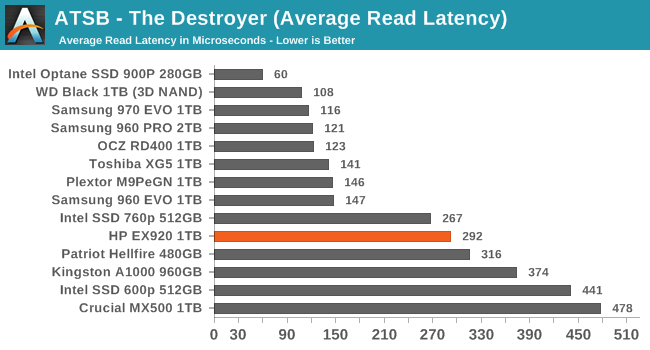 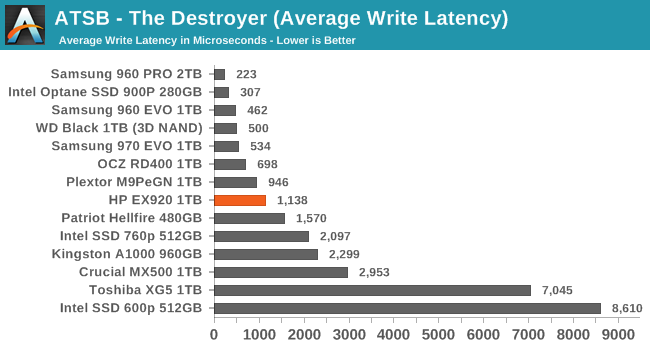 The HP EX920's average read latency is about twice as high as the high-end NVMe SSDs. The average write latency of the EX920 is also worse than the Samsung drives and WD Black by about the same factor, but the boundary for the top tier of drives is not as sharp since the Plextor M9Pe and the aging Toshiba OCZ RD400 are also lagging behind some. 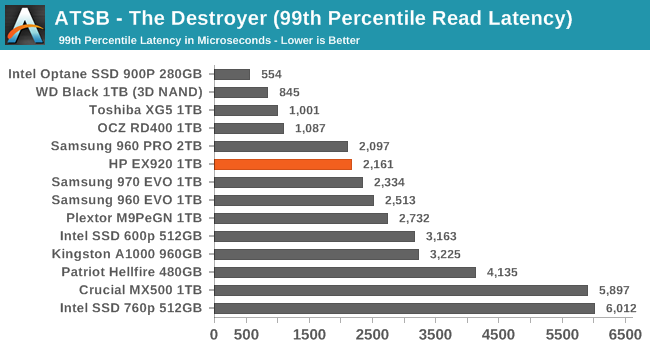 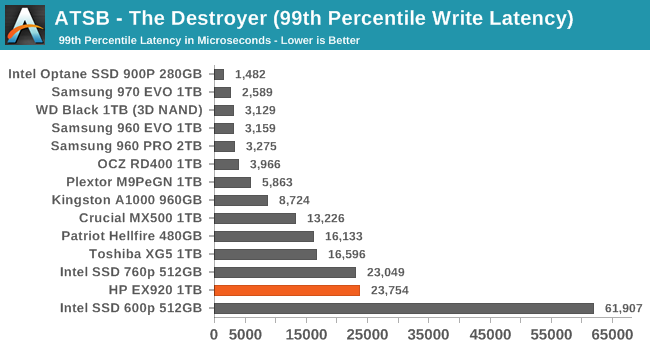 The 99th percentile read latency of the HP EX920 is decent, though it could also be said that this is simply a matter of Samsung's drives being uncharacteristically unimpressive while the WD Black sets a high standard. The 99th percentile write latency of the EX920 is clearly a problem, with more than 40% higher latency than any drive in this bunch that isn't using a Silicon Motion controller. The EX920 and Intel 760p fare much better than the previous generation Intel 600p thanks to improvements to both the flash and the controller, but it is clear that Silicon Motion still needs to work of their QoS. 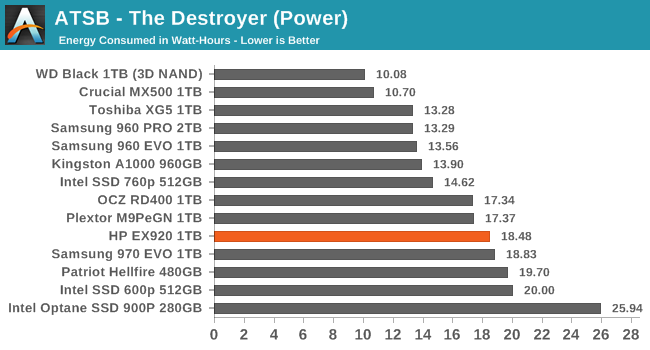 The energy usage of the HP EX920 when running The Destroyer is a bit on the high side by M.2 NVMe SSD standards, but it doesn't stand out from other power-hungry drives including the Samsung 970 EVO. Unlike the 970 EVO, the EX920 doesn't justify its high power consumption with high performance, though even the 970 EVO's power consumption is hard to excuse when the WD Black offers the same performance for a little over half of the energy usage. NVMe power efficiency is still a work in progress for the industry as a whole.