While it is normally better to have the FSB adjustments in the BIOS, there are other methods available to get beyond the FSB limit. The AK89 Max is capable of much more than the 250 FSB available in the BIOS, so we used a free windows-based utility called Clock Gen from www.cpuid.com to reach higher FSB. There is a version available for nForce3-150 chipsets. 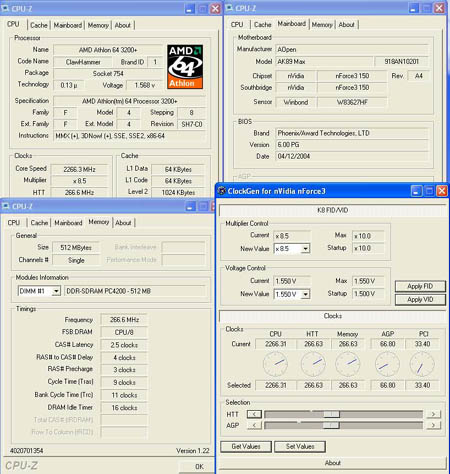 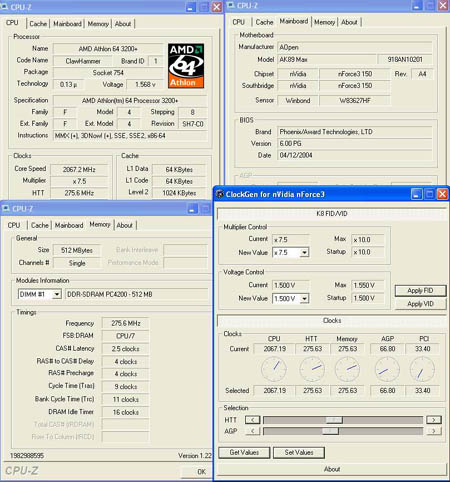 
The same memory achieved DDR550 at 275x7.5. DDR550 is the fastest memory that we have tested from Corsair and OCZ. However, there are some DDR566 modules that have been recently announced.

Above a FSB Setting of 275, we were interested in seeing just how high we could take the FSB on the AK89 Max. 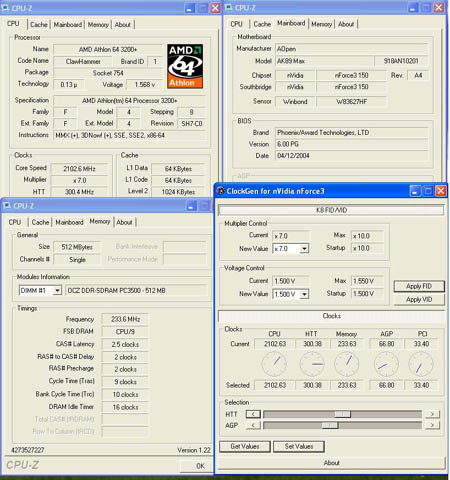 
We easily achieved 300x7 and could probably have gone higher at the 7 multiplier, since our CPU is now known to be capable of 2.3GHz operation. Above about 275, we needed to lower HT to 2x to continue raising the overclock. 2x worked all the way to the highest setting that we could achieve. If you will note the memory settings, you will see we are also using asynchronous settings for the memory at a 300FSB setting. We do not yet have a memory capable of DDR600 operation. 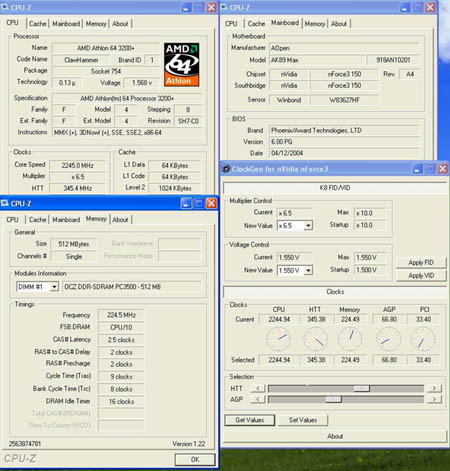 
The highest setting we could reach that was CPU limited was 345x6.5, or about 2.3GHz. CPU limited means that the resultant frequency is known to be close to the maximum stable frequency supported by that CPU. We did reach an even higher FSB setting, which gave us the maximum FSB that could be achieved on the AK89 Max, given the available vCore options. 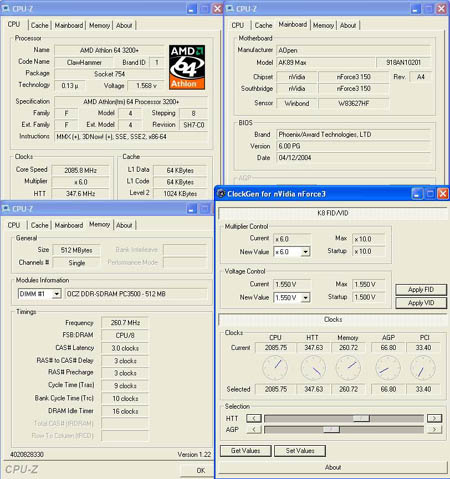