The Huawei MateBook X Pro Review: Calling Out The Competition

Huawei has outfitted the MateBook X Pro with the Intel Dual Band Wireless-AC 8275 NIC, which is a 2x2:2 solution with 80 MHz channel support and Bluetooth 4.2. Over the last couple of years, the Intel wireless solutions have offered the best reliability in our testing, and with the latest couple of generations Intel has added MU-MIMO support and increased performance as well. 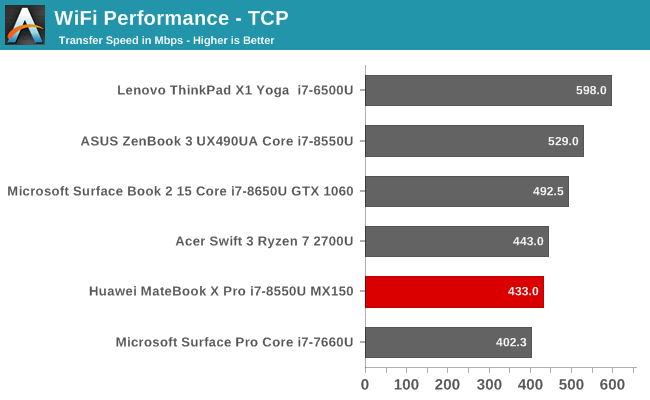 Performance of the MateBook X Pro in outright bandwidth wasn’t the highest we’ve ever seen, but it could still hit over 500 Mbps.

For those that are eagle-eyed, they may have spotted that this is the Intel 8275 and not the 8265 which we’re more familiar with. The 8275 version is not an M.2 card, and is directly soldered onto the motherboard, so it’s a good thing they’ve chosen a quality unit. Not once in our testing did the Wi-Fi give even a hint of trouble.

The MateBook X Pro features four speakers in total with Dolby Atmos support. As with all Ultrabooks, the low end of the spectrum is always going to be lacking due to the inability for such small speakers to produce low frequencies.

There’s two speakers on the top by the keyboard, and two additional speakers downward firing in enclosures at the front. 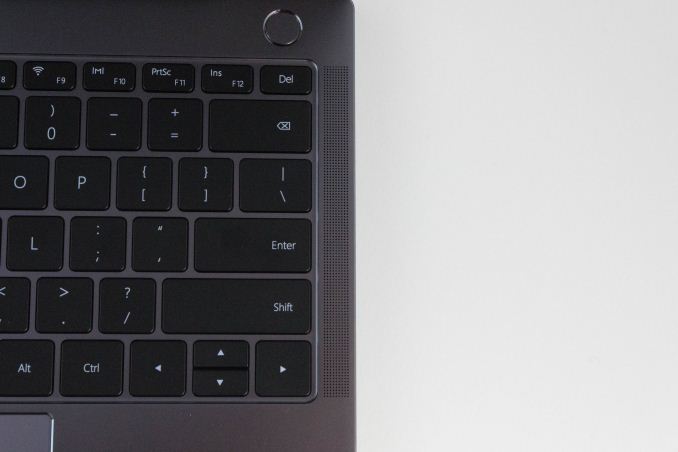 Sound quality is quite good, with decent lows and highs. The sound isn’t exceptionally loud at just around 80 dB(A) measured over the trackpad, but for a small laptop, it’s pretty solid. 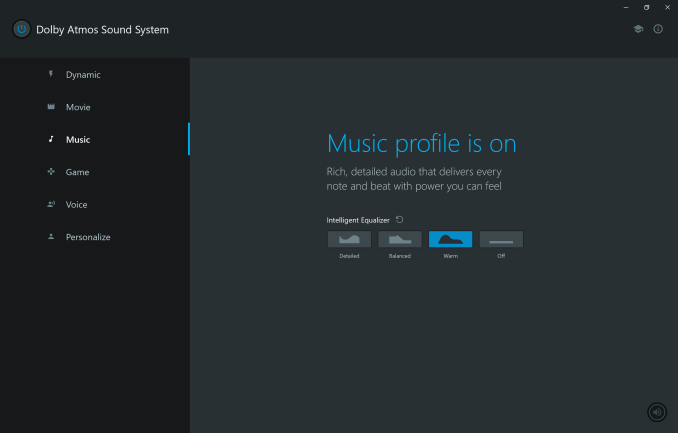 You can also customize the Dolby Atmos using the application to set your EQ levels, sound type, and more.

Any thin and light laptop is going to throttle at some point, but the question is generally where did the manufacturer try to strike a balance. Huawei has also stuffed in a GPU which is also going to need proper cooling in order to not throttle too badly.

To first check the CPU situation out, we ran a stress test using Intel’s Extreme Overclocking Utility to monitor temps and power usage. Huawei has been fairly conservative here targeting a CPU temp of around 70°C, so the CPU power limits to slightly under the 15-Watt TDP in order to achieve that target. During the stress test, the CPU bounced between 11-Watts and 14-Watts to keep the temperatures at 70°, but even with all four cores running at 100%, the CPU was still able to turbo up to between 2.2 and 2.7 GHz during the test, which is well over the 1.8 GHz base clock.

To test the GPU, we ran the system on Tomb Raider at the medium settings to load up the GPU but still keep the framerate up at a playable level of around 60 FPS. The GPU temperatures peaked at 83°C and the GPU was able to maintain generally between 1000 MHz and 1050 MHz for the duration. Once it got up to its peak, the MateBook X Pro was able to maintain those temperatures indefinitely. 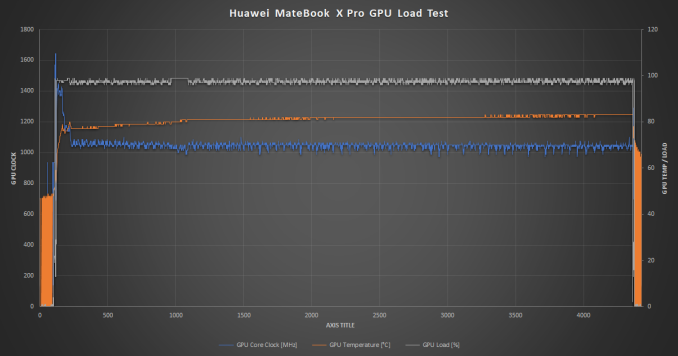 At full load, the internal fans can get fairly loud at about 50.5 dB(A) measured just over the trackpad, which is to be expected when gaming. The laptop also gets quite warm, with a surface temperature close to 50°C so you’d not want to be doing this in your lap if you could help it. 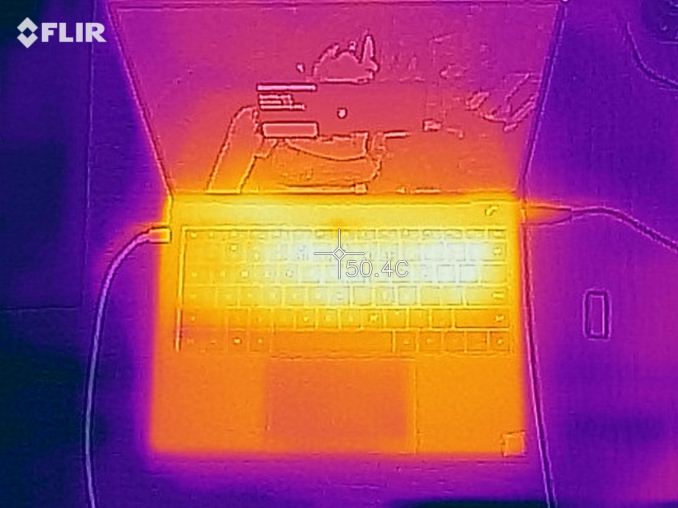 The cooling system will run completely silently though at low loads, and if you adjust the power slider to best battery life, you’ll rarely hear the fans unless you’re doing something with a very high demand.

The MateBook X Pro delivers fairly good cooling considering the inclusion of a discrete GPU, and there’s no sign of thermal runaway that would force the CPU or GPU to significantly reduce the frequency and voltage to compensate.

Huawei ships the MateBook X Pro with a very clean install of Windows, with really the only additional software being the Huawei PC Manager application. 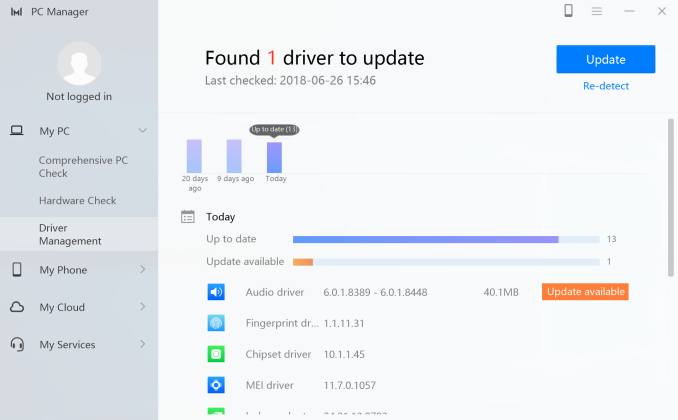 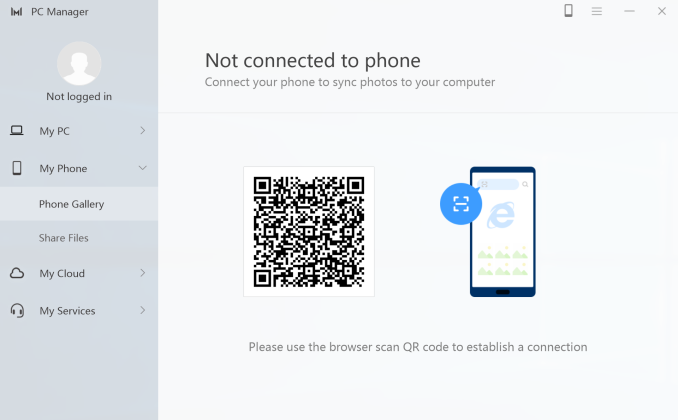 The tool lets you check for driver updates, run diagnostics, as well as connect to your phone. It’s simple enough to use, and Huawei has made it fit in well with the design of Windows 10. The app sits by the notification status icon waiting for use. You can of course remove the shortcut if you prefer.