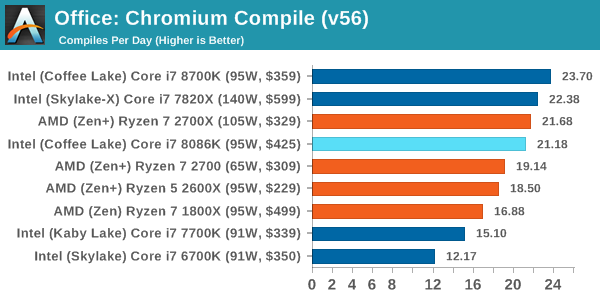 This is another case where I think our improvised testbed is playing a bigger part, and I'd like to eventually re-run this on my standard testbed. Especially as compiling heavily hits more than just the CPU.

Due to numerous requests, GeekBench 4 is now part of our suite. GB4 is a synthetic test using algorithms often seen in high-performance workloads along with a series of memory focused tests. GB4’s biggest asset is a single-number output which its users seem to love, although it is not always easy to translate that number into real-world performance comparisons. 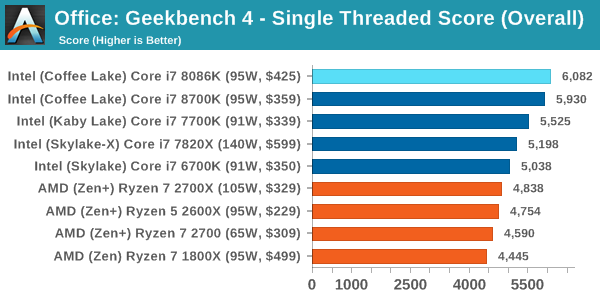 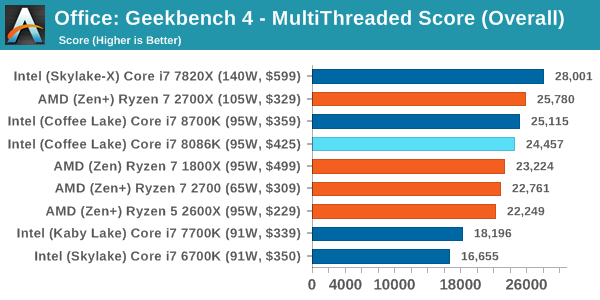 Like CineBench, the Core i7-8086K does will on the synthetic single threaded test. 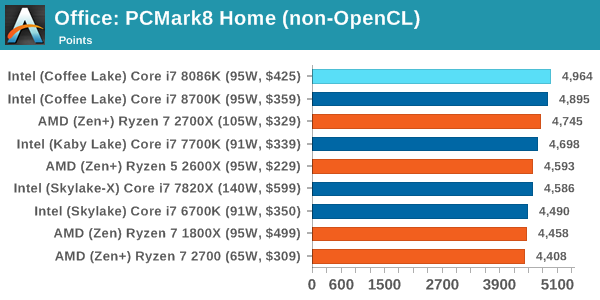