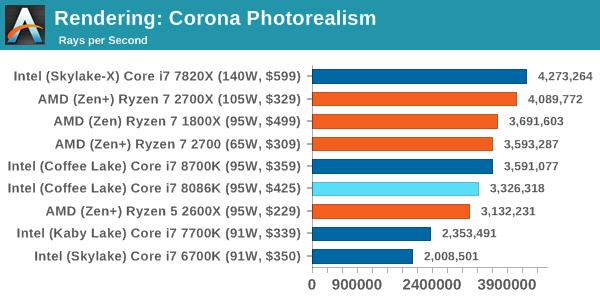 Corona is a fully multi-threaded test, so it is surprising to see the 8086K lag behind the 8700K here. This is likely a scenario where the fact that our borrowed testbed setup doesn't perfectly match our standard testbed is playing a factor. 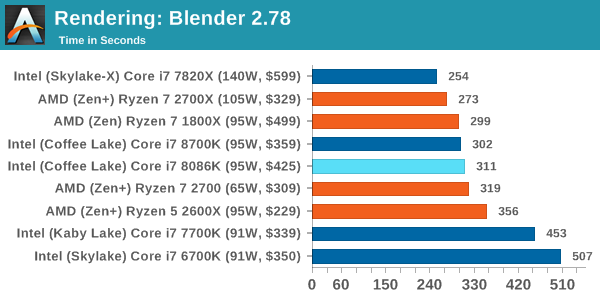 Blender also likes to load up the threads, and the 8086K is behind again. 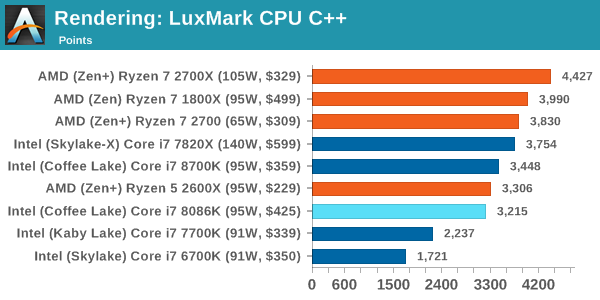 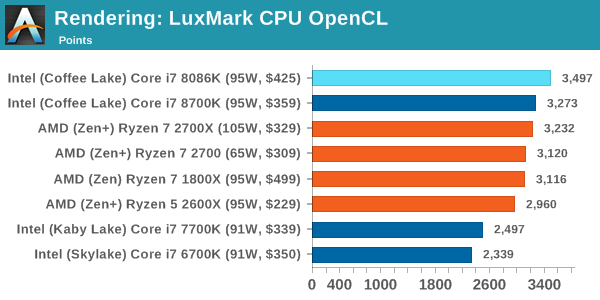 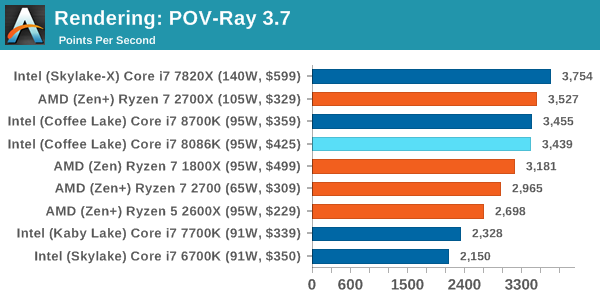 Virtually identical scores between the 8086K and 8700K in POV-Ray. 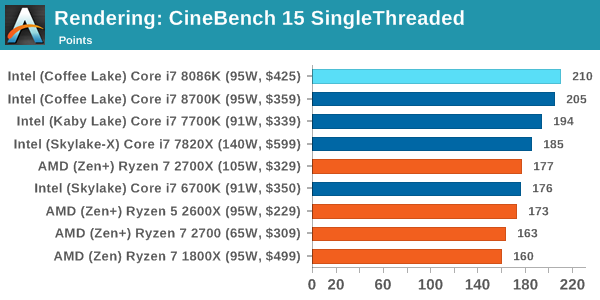 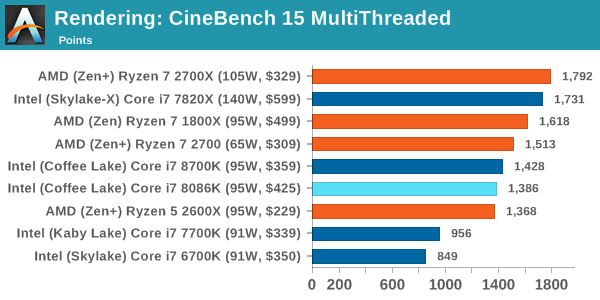 The 8086K gets a new fastest single core score in CineBench R15 ST, but falls slightly behind the 8700K in MT.