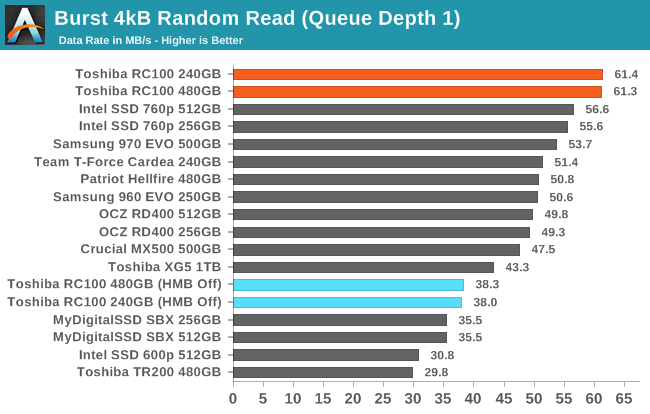 The Toshiba RC100 surprises with excellent burst random read performance, and even when HMB is off it outperforms the other low-end NVMe SSDs we've tested. 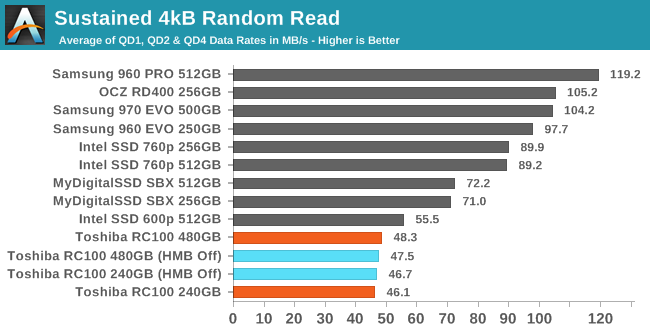 On the longer random read test that covers a broader span of the drive than HMB can help with, the Toshiba RC100's scores are unsurprisingly in last place among NVMe drives, but it's not too far behind the Intel 600p.

The RC100 clearly uses less power during random reads than any other NVMe SSD we've tested, but the poor performance when reading from a wide span of the drive means the efficiency is just a bit below average. 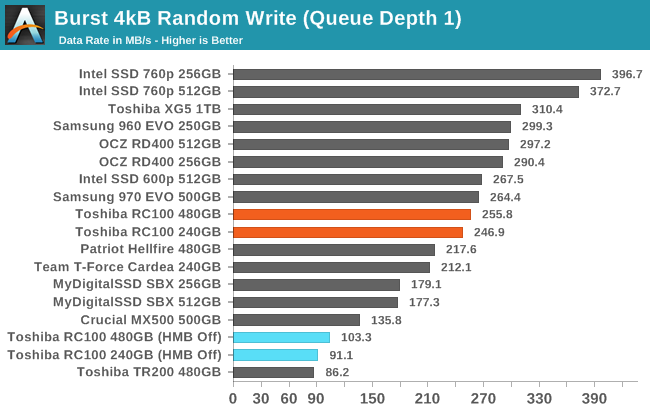 With HMB enabled, the burst random write performance of the Toshiba RC100 is decent, but without HMB it can't beat a mainstream SATA drive. 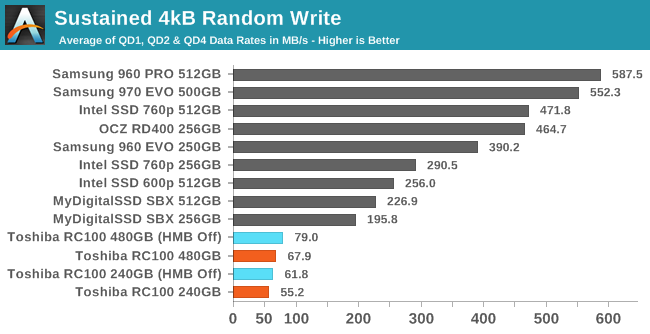 Once again, the large working set size of this test compared to the small host buffer size used by the RC100 condemns the drive to last place. The margin between the RC100 and the next-slowest NVMe drive is much larger than it was for the sustained random read test. HMB actually slightly hurts performance here.

Power consumption is slightly higher for random writes than for random reads, but still well below the other NVMe SSDs. The performance is low enough that the power efficiency score for the RC100 is worse than all the competition.

Random write performance from the RC100 is low at any queue depth. The drive doesn't have enough memory to perform effective write combining and caching under this sustained load, while high-end drives usually manage to significantly improve performance when working with a large queue of write operations.