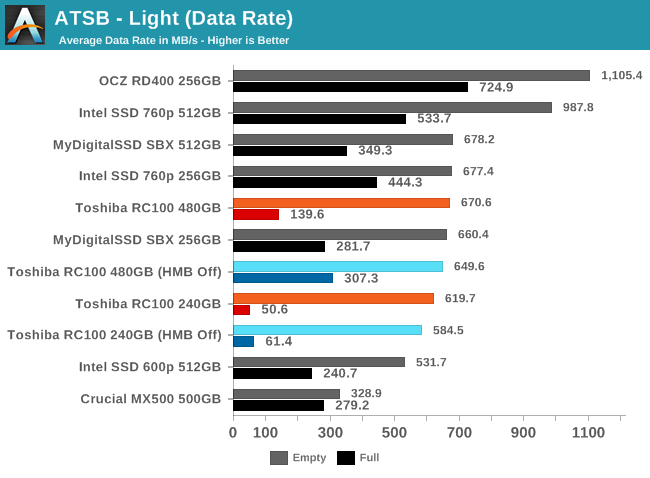 Once again the 240GB Toshiba RC100 exhibits very poor performance overall when the drive is full, and the 480GB doesn't do particularly well in that situation either. But for the more typical case of running the Light test on a drive that isn't full, both RC100s are competitive with other low-end NVMe SSDs and much faster than SATA drives. 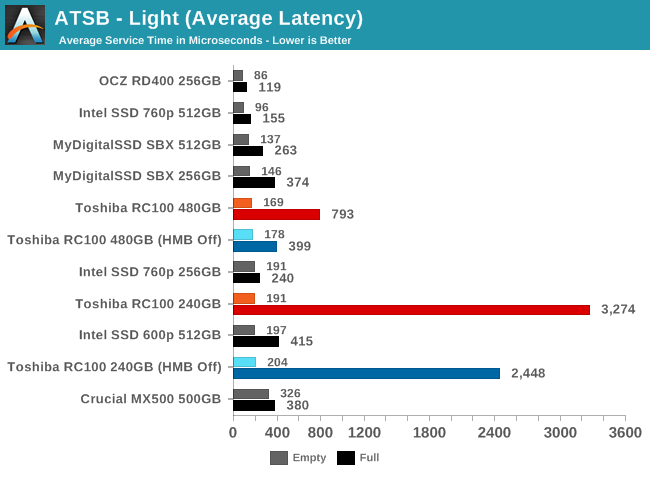 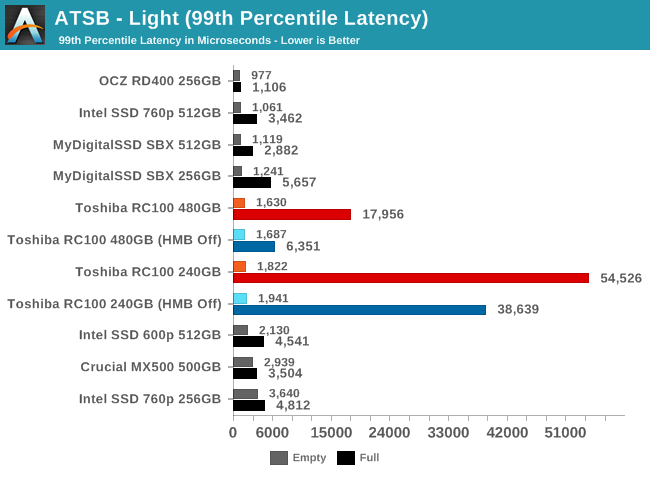 Most of the low-end NVMe SSDs show substantially higher latency when running the Light test on a full drive, so the RC100's results aren't quite as extreme an outlier. The RC100 is actually better off with HMB off for the full-drive runs of this test, possibly because the overhead of the extra PCIe communication isn't worthwhile when the cache isn't going to be of much use. 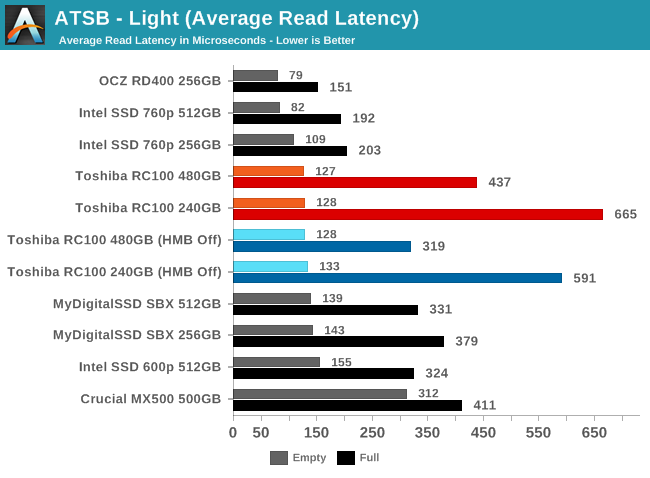 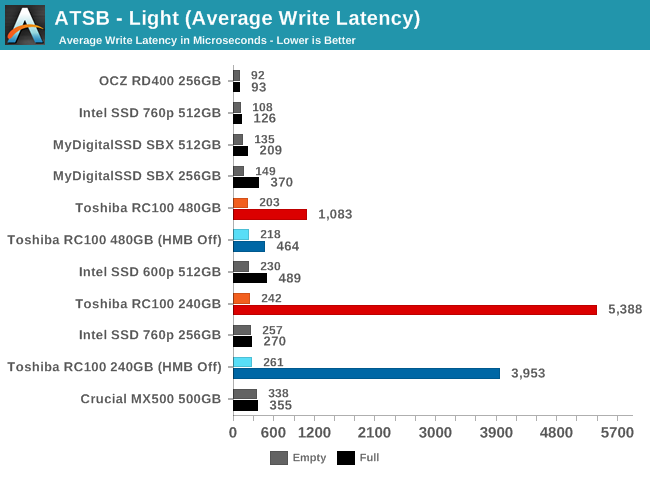 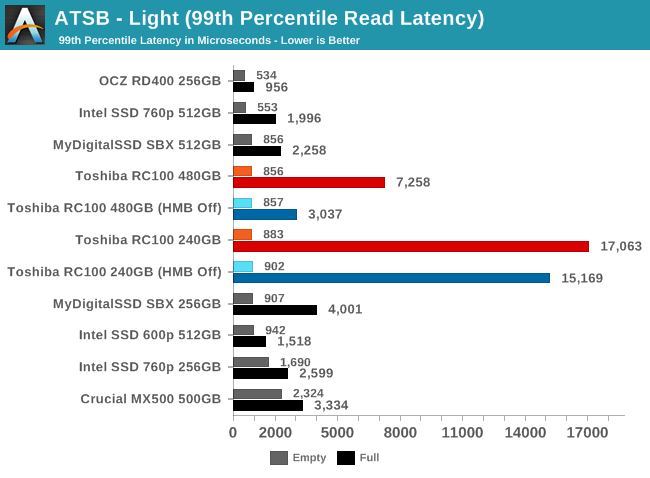 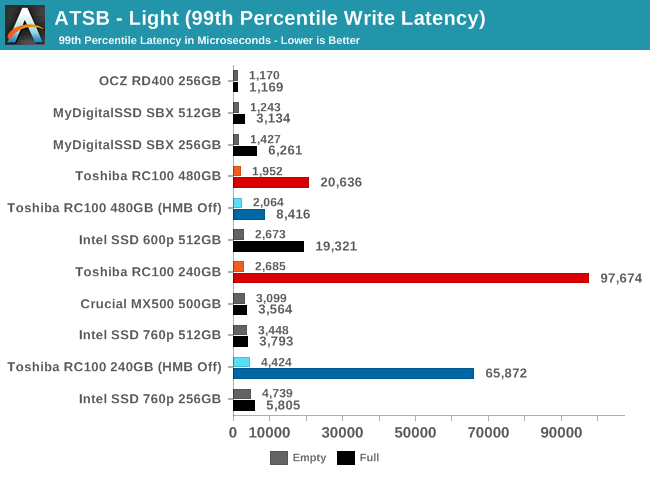 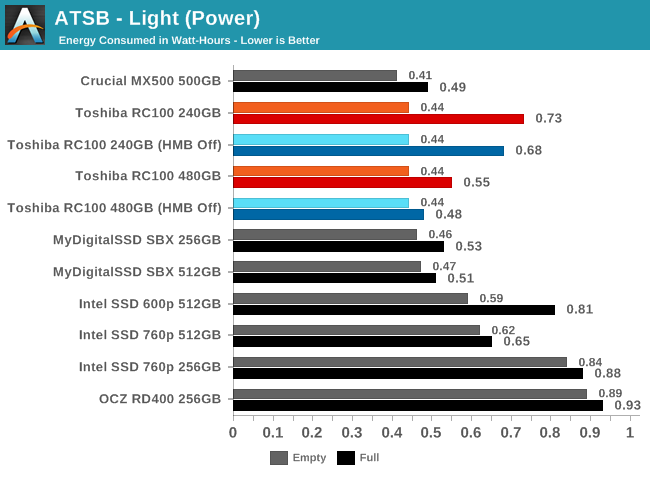 The Toshiba RC100 doesn't quite manage to beat the Crucial MX500 SATA drive for energy usage on this test, but it's first-place among its NVMe competition for the empty-drive test runs, and isn't unreasonably power-hungry even when it is performing poorly.