Summing up our thoughts, let's start with a look at what separates the Strider Platinum ST1000-PT and ST1200-PT from each other; or rather in this case, the lack of separation. Due to their practically identical target markets  – high-end gamers and professionals who intent on using more than two GPUs – the two PSUs are all but indistinguishable, both physically and in terms of performance. The only practical difference between the two units is that the ST1000-PT has six PCIe connectors, whereas the ST1200-PT sports eight, allowing the connection of an additional graphics card. Other than that, the appearance, quality, and even performance of the two PSUs is practically identical. The ST1200-PT displayed a tiny performance advantage in our review but this advantage was very small and, considering that the ST1000-PT was struggling to reach the 80Plus Platinum certification limits, it could have been just a manufacturing tolerance error between the two units. 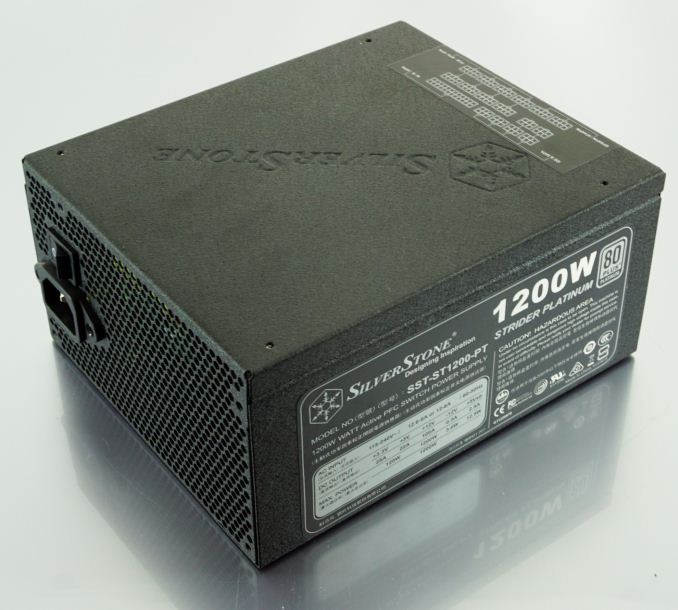 The Strider Platinum 1000W and 1200W PSUs are very well made, with exceptional quality components. On the outside, SilverStone kept their aesthetics simple and elegant, with the engraved company logo at the top of the PSUs and the unique textured paint. Both units feature a full set of modular flat black cables, including the ATX 24-pin cable, that are preferred over sleeved cables when aesthetics are important. Inside the units we found SilverStone's "penetrator" cooling fans and a proven Enhance platform. Enhance did an excellent job keeping the design clean, the components of high quality, and the assembly job seamless.

Enhance's approach to high-end PSUs is different than that of most manufacturers. They focus almost the entirety of their energy on making the PSU reliable and relatively simple. We first saw the platform used in the ST1000-PT and the ST1200-PT almost a decade ago, meaning that as it's now an older design, Enhance has opted to boost the efficiency of the design primarily by using higher quality active components and relatively small additions/upgrades rather than trying new techniques. This is not necessarily a bad thing, as the manufacturer has accumulated a lot of experience on this particular platform, ensuring better quality control and proven long-term reliability. 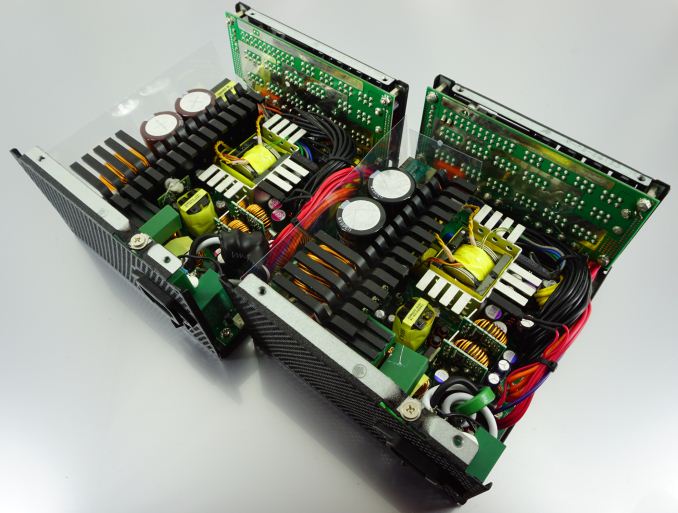 On the other hand, by sticking to "what works", Enhance is not really trying to compete with the other OEMs in terms of performance. Everything regarding the performance of Strider Platinum units is acceptable but, on the other hand, the two high-end units do not actually excel anywhere. Both units barely reach their efficiency ratings and the electrical power quality is satisfactory but unexceptional, especially considering their class. The thermal performance is very good but the cooling profile is unbalanced, forcing the fans to overtask even when the temperature of the units is low. The fans do stop when the system is idling but will instantly reach audible levels with just a mediocre load.

The two most powerful SilverStone Strider Platinum units undoubtedly are very well made and reliable, as well as relatively compact for their power output, but their competitiveness in today's market is mediocre. Overall, the performance of both the ST1000-PT and the ST1200-PT is good, yet unimpressive, reducing the competitiveness of the two units against other products that are similarly priced and offer significantly better electrical and/or thermal performance. As only gamers and professionals who use three or more GPUs are virtually the only market of >=1kW units, it is a relatively small (and demanding) percentage of the market, in which the Strider Platinum does not display any other distinct advantage over the competition other than its proven quality. The high stability of the SilverStone Strider Platinum units under maximum load makes them very good for applications where the units will be heavily loaded 24/7, which may make them appealing to cryptominers during sale seasons and when offers are active.