Low-light photography is one area the where the P20 Pro and P20 promised to bring great improvements. On the P20 Pro this is largely achieved through the ability of the sensor to do pixel binning and thus combine 2x2, meaning four, physical pixels into a single logical pixel. In theory this improves light sensitivity of the sensor by 4x and equivalent to a sensor with 2µm pixel pitches, which would make it by far the most sensitive sensor in smartphones.

Another feature to complement the improved low light capture and processing abilities of the P20s is a much improved “Night” mode. This was a feature which was present in Huawei cameras for some time now, essentially it is a multi-frame long-exposure capture mode that does computational combination of the shots into a single resulting high exposure shot. The difference with the P20 versus past implementations is the fact that the algorithm has now substantially improved shake compensation, meaning it’s now actually usable in handheld mode without a tripod and it will still come out sharp. 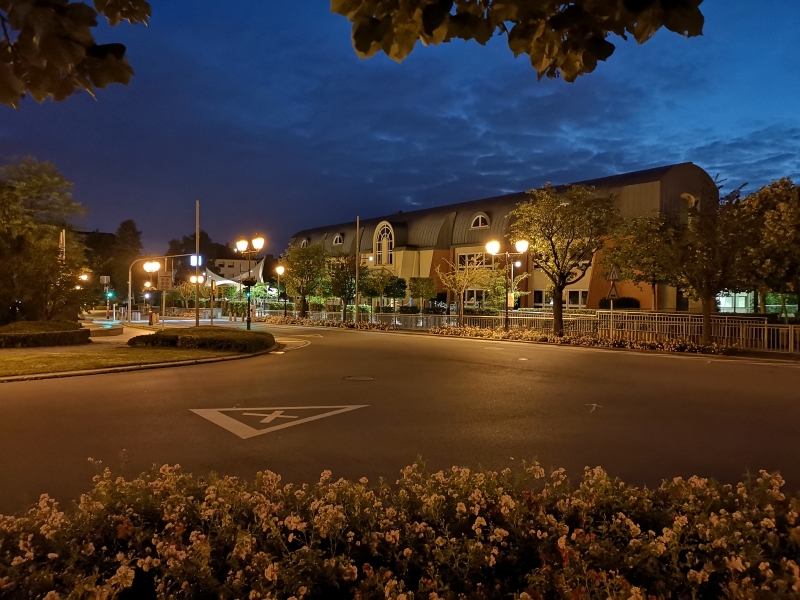 Starting off with the first scene after sundown, we see that the P20 Pro’s 40MP shooting mode becomes very uncompetitive in low light due to its 1µm pixel pitch, and although both shots opt for the same exposure time and ISO, the 40MP clearly suffers from blurriness and lack of detail.

The P20 Pro’s 10MP shot is able to offer much better dynamic range and thus also better contrast than the Galaxy S9 or for that matter any of the other comparison devices. The P20 also does extremely well in terms of exposure, coming very similar to the P20 Pro, but having a noticeable disadvantage in terms of detail retention. 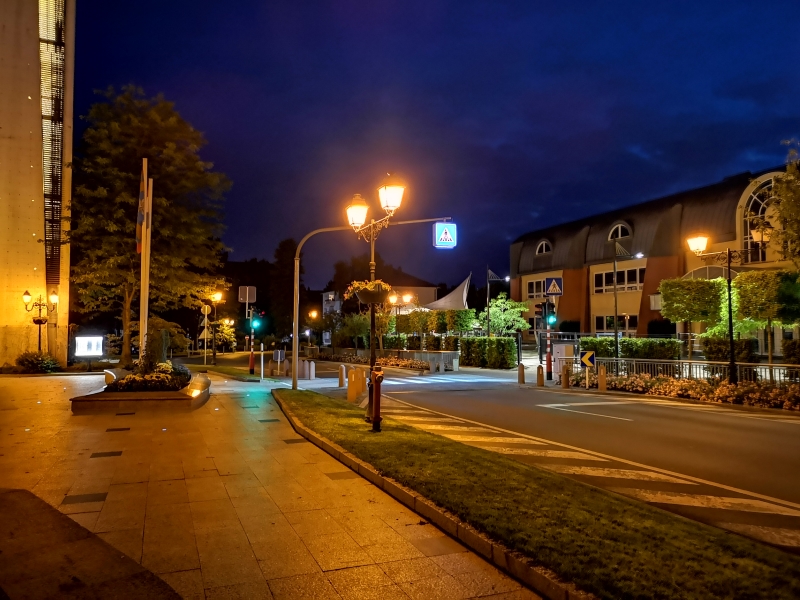 In this shot the P20’s were the only phones to have sufficient dynamic range to now blow out too much of the blue street crossing sign as well as the left message board. The P20 again posts very similar exposure as the P20 Pro – but lagging behind in terms of overall detail. While the P20’s won in dynamic range, they lose out in terms of detail retention against the competition. Unfortunately all of my S9 shots ended up out of focus for some reason so that shot should only be used as a comparison in terms of exposure. 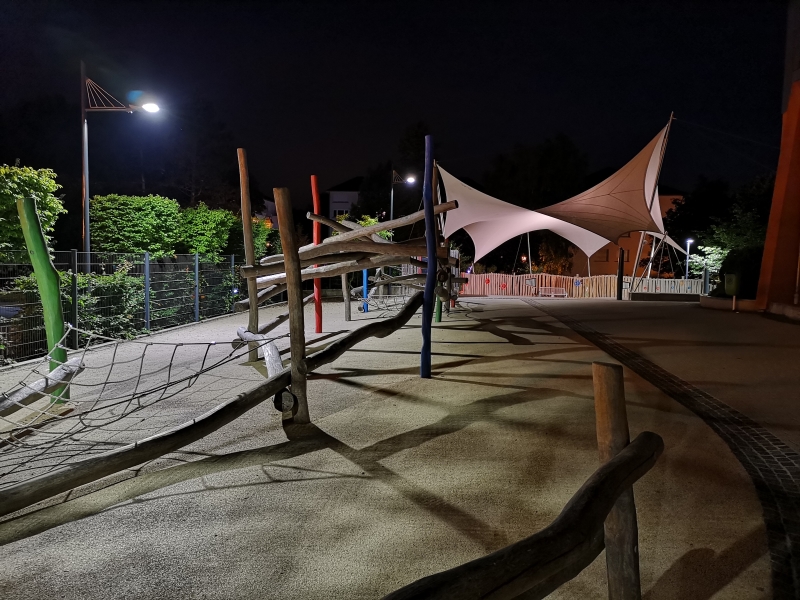 Generally for the P20 Pro, the less light there is, the better it will perform when compared to the competition. So stark is the difference in light capture capability, that generally there’s very little the other phones can do. I decided to have a little fun and throw the phones into what is essentially impossible scenarios where you wouldn’t expect a normal camera, yet alone a smartphone to perform. 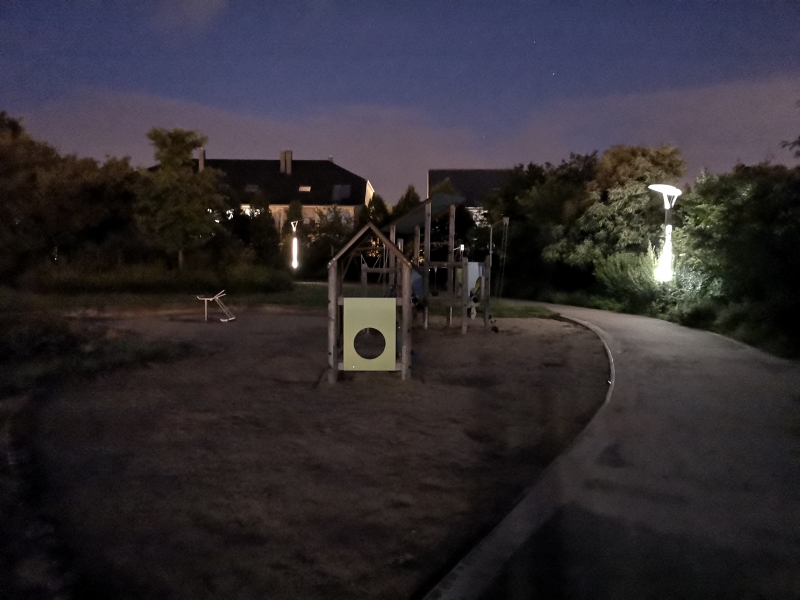 In this first scene there’s little to talk about existing phones as they mostly aren’t able to capture much at all besides some bushes around the light post. The P20 and P20 Pro on the other hand are able to resolve enough that we can actually make out what’s in the scene. The night mode on both phones demonstrate just what is possible in terms computational photography and the results are impressive.

On the P20 Pro in particular is particularly able to resolve a stupid amount of detail while this effectively was a 6 second handheld exposure.

But the real impressive shot is actually the regular 10MP mode – the camera here kicked in into high ISO mode and the resulting shot is a 1/4th second exposure at ISO51200, essentially a first in a smartphone. 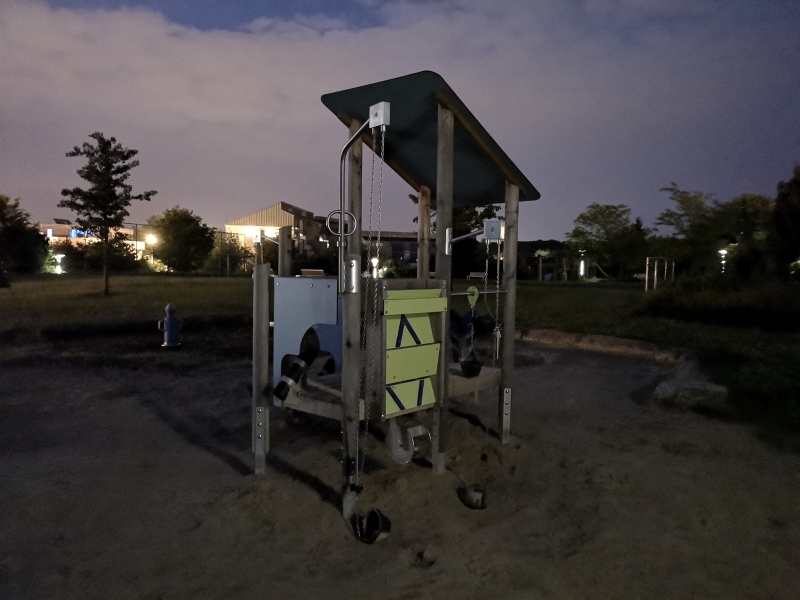 The second extreme low light scene has just a little more light as it’s being faintly illuminated by the dim walkway light. Again the P20 Pro’s 10MP mode shot results in a 1/4th second exposure at ISO51200 and the result is just astounding, and pardon the pun, simply night and day when compared to other phones. Even though the P20 doesn’t have any special light capture hardware, in Night mode it still manages to vastly outperform the competition. Funnily enough, the Mate 10 performs really well in terms of exposure in its Night mode here, but as it lacks the shake compensation feature of the P20’s, the resulting image is quite a blurry mess, and why that mode was generally unusable in the past unless you put the phone on a tripod or fixture.

Generally the P20 and P20 Pro impressed in low-light capture. The P20 doesn’t have any special hardware so most of its quality improvement are solely due to software processing improvements. Night mode in particular as a concept isn’t anything that’s bound to any hardware configuration so it’s fantastic to see Huawei push innovation and evolving it into something really special.

In terms of actual light capture, the P20 Pro’s massive sensor is just without competition. Both the hardware and the software processing make this easily the most competitive smartphone in low-light scenarios. At high ISO settings, we’re seeing astounding and never-before-seen results from a smartphone that really pushes the envelope of what can be done in a mobile device.