Moving on to the GPU tests, we see the P20’s make use of the Mali G72MP12 in the Kirin 970. The clock is the same 746MHz as in the Mate 10 – however as we’ll see, there’s some differences in terms of software that will affect the resulting benchmark scores. 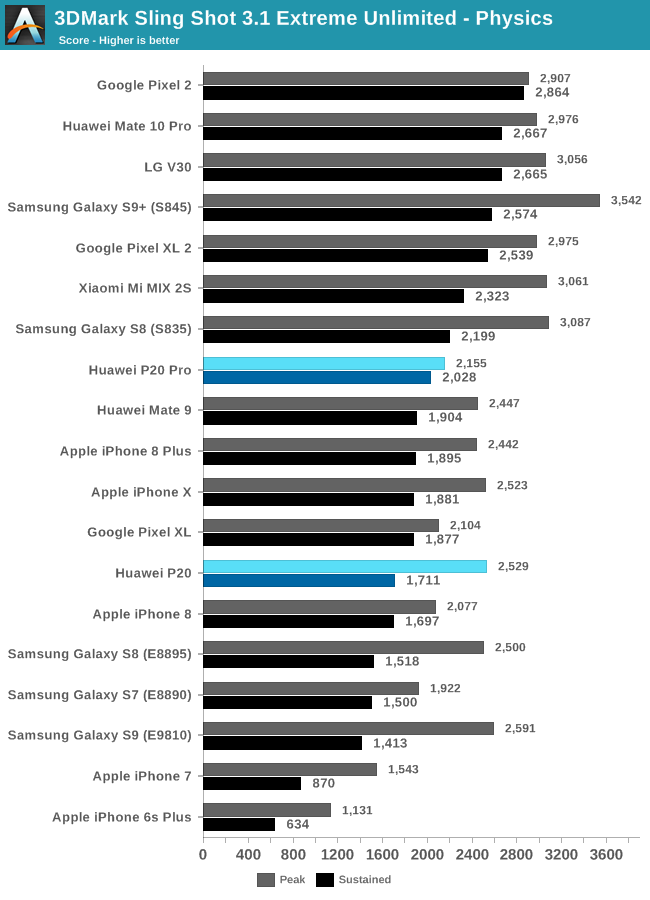 Starting off with the 3DMark Sling Shot 3.1 Extreme Unlimited Physics test which is solely CPU-bound, we see the Huawei P20s top the chart both in terms of peak as well as sustained performance. This test is more of a representation of how the CPU handles thermally constrained scenarios – such as GPU workloads. 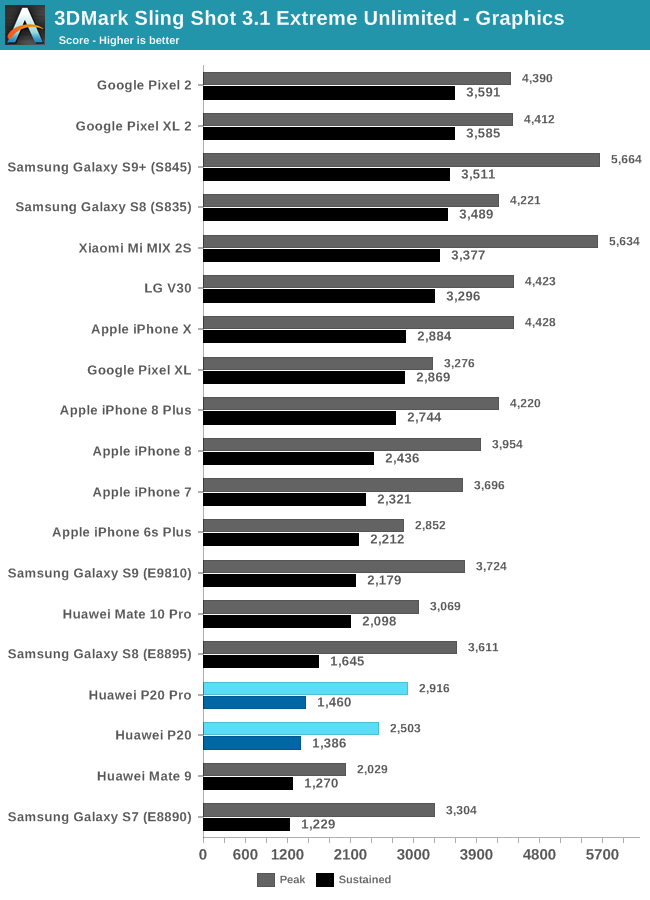 Moving into the Graphics subtest, we see the current disadvantages of the Mali G72 as it doesn’t have enough shader power to cope with more arithmetic heavy workloads such as 3DMark’s flagship test. Between the Mate 10 and both P20’s, all of them showcase similar peak performance. The sustained performance however is better on the P20 Pro as it seems the phone has a higher thermal envelope, this is particularly noticeable in juxtaposition with the result of the smaller P20 which I ran side-by-side in this test. 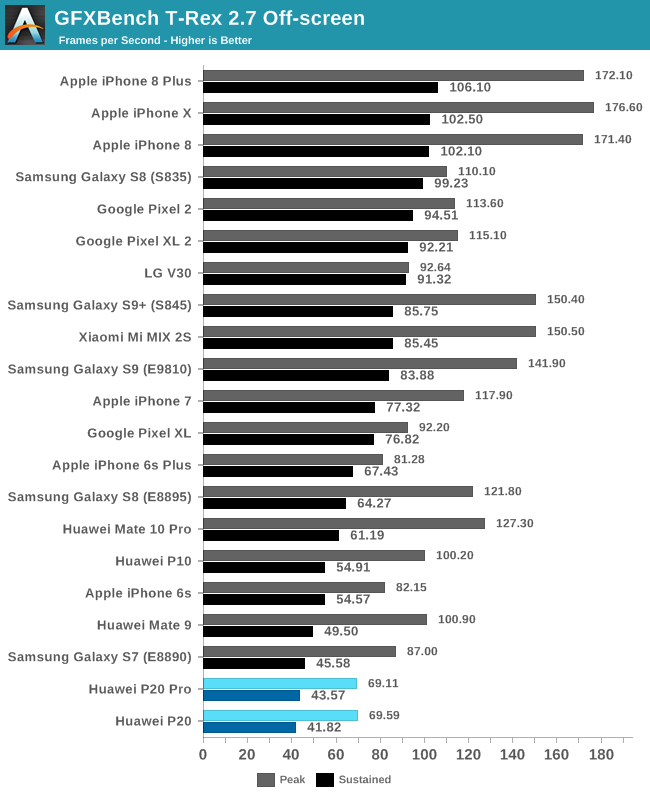 In GFXBench 2.7 T-Rex, we see some very odd performance regressions in the P20s compared to the Mate 10. As they have the same chipsets, you would expect the same performance out of both device lines. Unfortunately this was an issue that I first encountered on the Mate 10 back in December and had reached out to Huawei to sort out. It turned out that the initial firmware didn’t enable full frequency of the memory controller – this was eventually resolved in another firmware and the full performance was eventually unlocked (The Mate 10 Pro scores). It looks like the P20’s do not have this change in their global firmware and that’s why the performance is so mediocre. 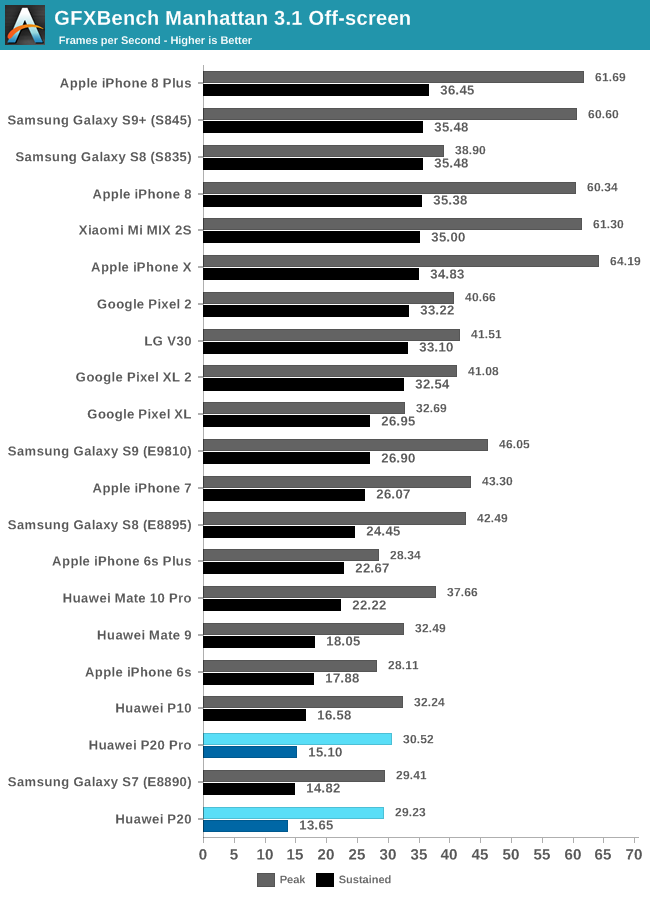 T-Rex in particular suffers so badly from this because it’s a very heavy fill-rate and thus also bandwidth limited test that also happens to now run at quite high framerates. This creates a bottle-neck for the GPU and performance suffers dramatically.

The same effect can be seen in Manhattan 3.1, although to a lower degree. Unfortunately that also means that the P20’s aren’t competitive in this regard, and they also showcase some very bad sustained performance degradations to the point where they score lower than the P10.

Overall the P20’s greatly disappoint in terms of 3D performance. It was one thing to have the weaker GPU trail behind the competition, but it’s doubly disappointing to see the P20 firmware not have issues resolved that were identified some months ago. Huawei, HiSilicon and in part Arm here have to make some great efforts to become competitive again in this regard as this is nothing short of an embarrassing showcase for a flagship device.