The Samsung 970 EVO bumps the supported NVMe spec version to 1.3, compared to the 1.2 feature set supported by the PM981 and 960 series. The 970 EVO implements the Host Controlled Thermal Management feature, allowing operating systems to configure the drive to throttle at a lower temperature than it normally would. The (optional) non-operational power state permissive mode feature is not included, so the 970 EVO is not supposed to do background tasks like garbage collection when it is in idle power states (unless they can be done within the power constraints of the idle states, which is unrealistic). 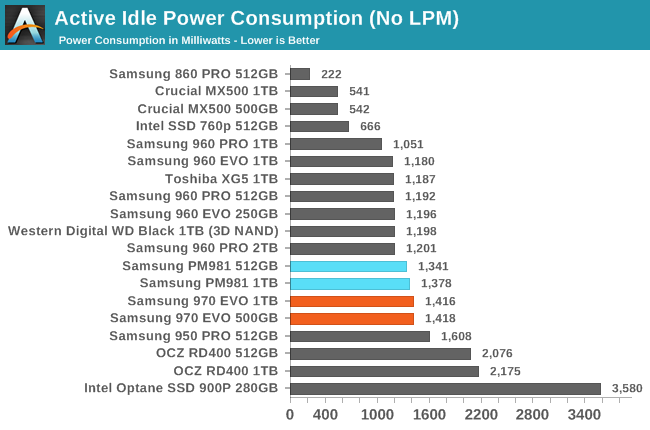 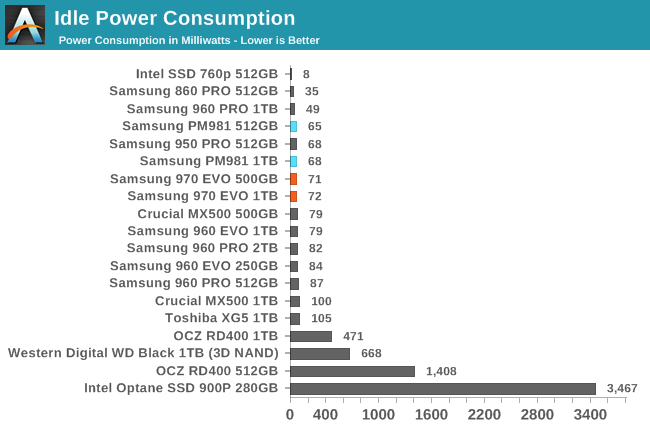 Active idle power draw of the 970 EVO seems to be about 20% higher than the preceding generation of Samsung drives, but the low-power idle we measured is about the same as most other high-end NVMe drives. 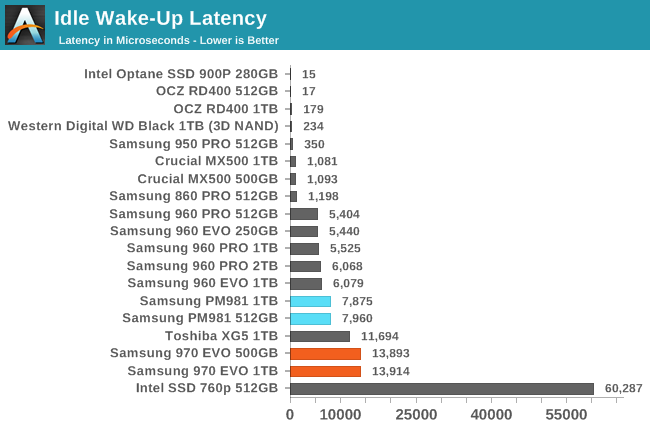 The idle wake-up latency of the 970 EVO is more than twice that of its predecessors and also significantly higher than that of the Samsung PM981. This ~14ms latency exceeds the 8ms that the drive itself claims as its latency to wake up from its deepest sleep state.