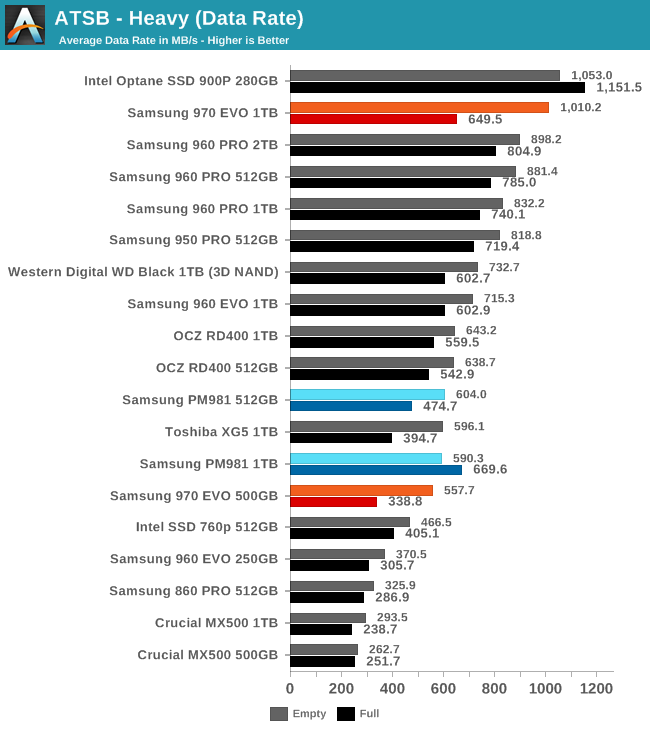 Our initial runs of the Heavy test on the Samsung 970 EVO produced results similar to the Samsung PM981, with the 1TB model showing worse performance on an empty drive than a full drive. This seems to be related to the secure erase process used to wipe the drive before the test. Like many drives, the 970 EVO seems to lie about when it has actually finished cleaning up. Adding an extra 10 minutes of idle time before launching the Heavy test produced the results seen here, and in the future all drives will be tested with longer pauses after erasing (all other drives were given at least two minutes of idle time after each erase).

With the odd behavior eliminated, the Samsung 970 EVO comes close to setting a new record on the Heavy test. The empty drive performance of the 1TB model is up in Optane territory, though the full drive average data rate is not much higher than other TLC-based drives. The 500GB model is far slower, and its full-drive performance doesn't even keep pace with the Intel SSD 760p. 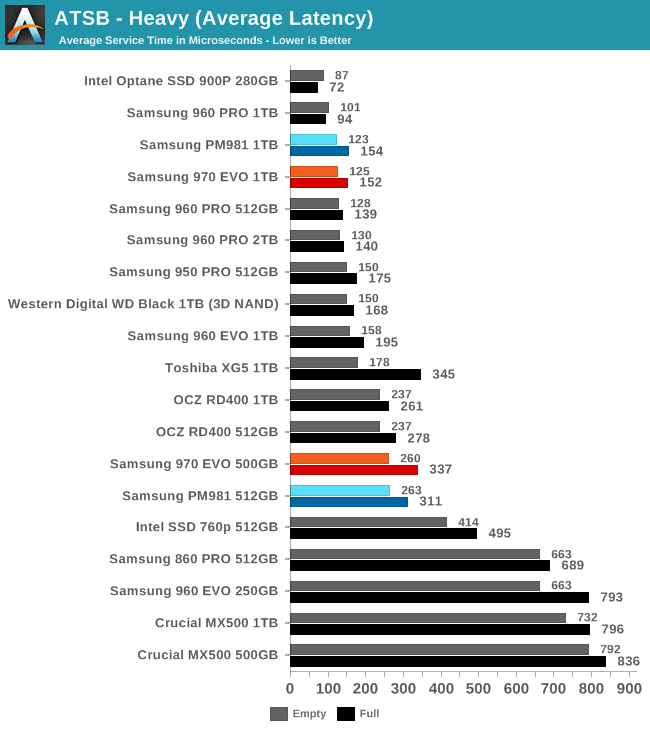 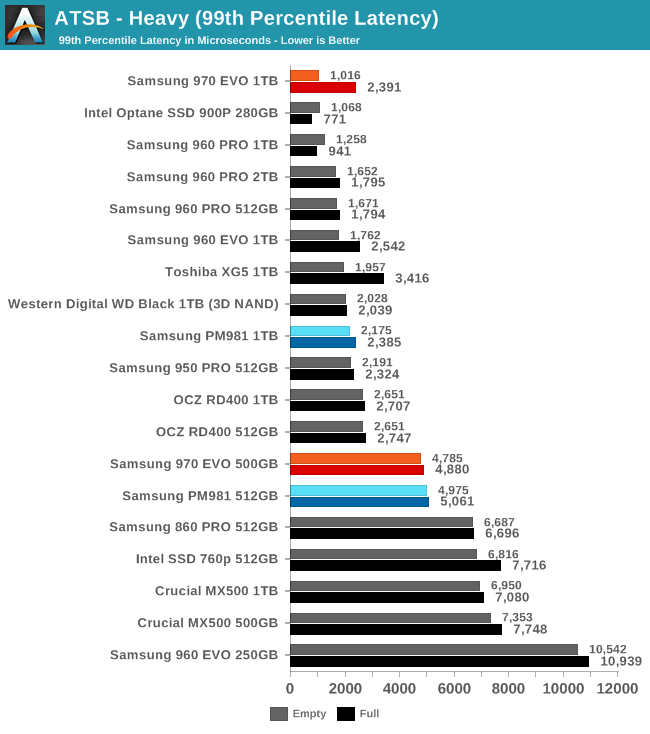 The average and 99th percentile latency scores from the Samsung 970 EVO are about normal and in line with its closest competitors, except for the particularly good empty-drive score from the 1TB 970 EVO. 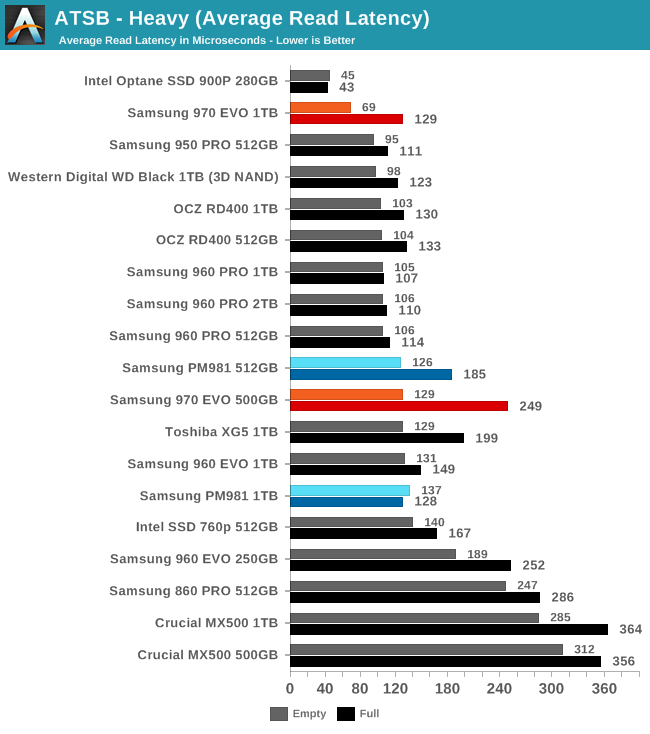 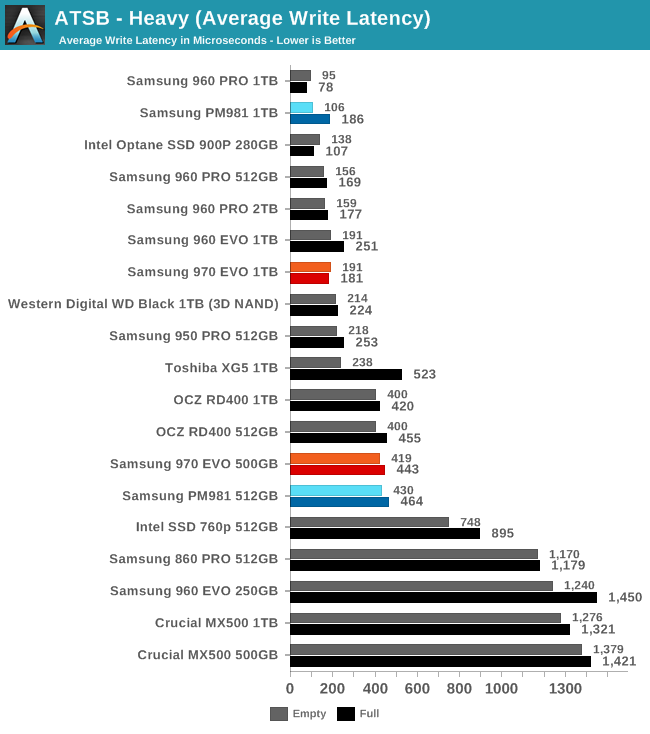 The average write latency of the 970 EVO is fairly typical for a high-end NVMe SSD, but the average read latency of the 1TB 970 EVO in the best case is surprisingly quick. Both capacities show a larger than normal gap between empty and full drive performance, even after accounting for the fact that they are using TLC to compete against the best MLC drives. 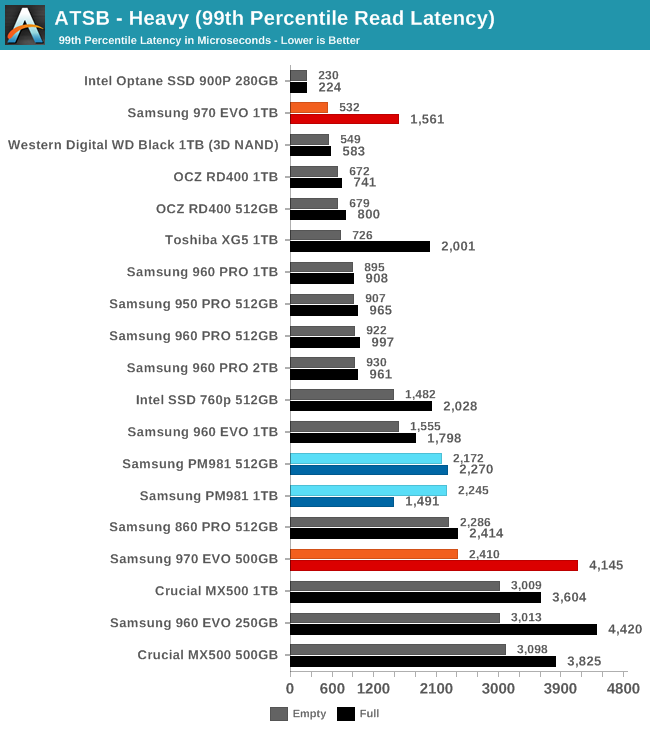 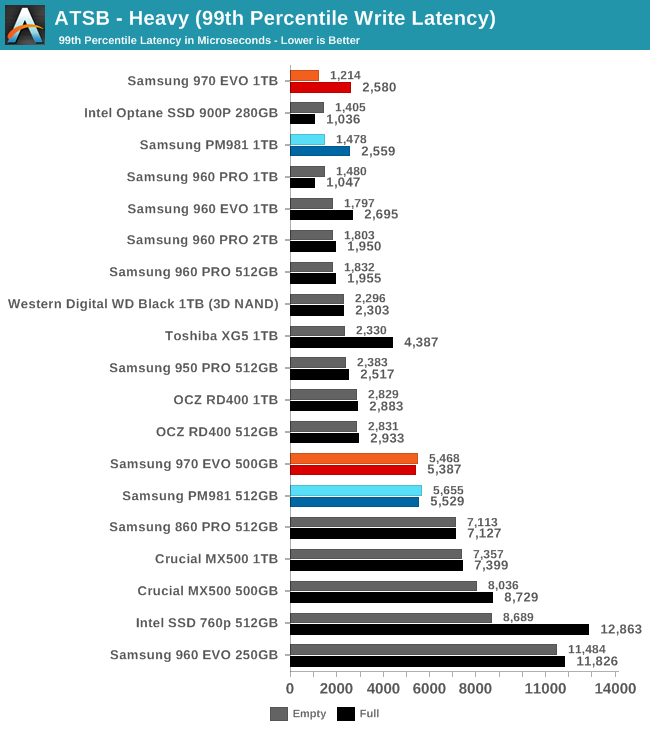 The 99th percentile read latency scores from both tested capacities of the 970 EVO show a big difference between full drive and empty drive performance. The 500GB drive's read QoS doesn't seem up to par, but the 1TB model's scores would look pretty good if the WD Black hadn't recently shown up with an MLC-like minimal performance loss when full. The 99th percentile write latency scores of the 970 EVO are good but not substantially better than the competition, and the 500GB model is clearly worse at keeping latency under control than the 1TB model or MLC drives of similar capacity. 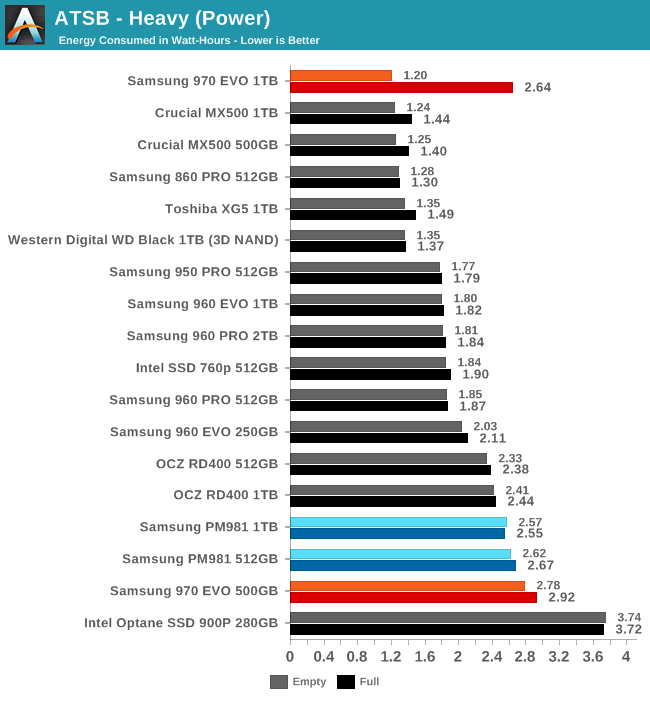 The 500GB 970 EVO continues the trend of relatively poor power efficiency from the Samsung Phoenix controller, but the 1TB model in its best case of running the test on an empty drive is fast enough that its overall energy usage is comparable to good SATA drives.