The Corsair AX1500i already was the benchmark of electrical quality, leaving very little room for improvement. Although the AX1600i might appear to deliver a little bit better power quality, the truth is that we would need very high precision equipment to tell the difference between the two, and any difference would be unimportantly small. However, that does not lessen the fact that the AX1600i delivers possibly the best power quality that can be bought at this point of time. For the most part, the voltage ripple of any line is less than ten millivolts. The maximum ripple on the 12V line is just 14 mV and that is with a massive current draw of almost 124 amperes. The voltage regulation is equally impressive, with a variation of just 0.2% on the 12V line across the nominal load range. Voltage regulation is a little bit worse on the 3.3V/5V lines, at 0.4%/0.25% respectively, which figures still are a lot better than what most current high-performance PSUs can achieve. 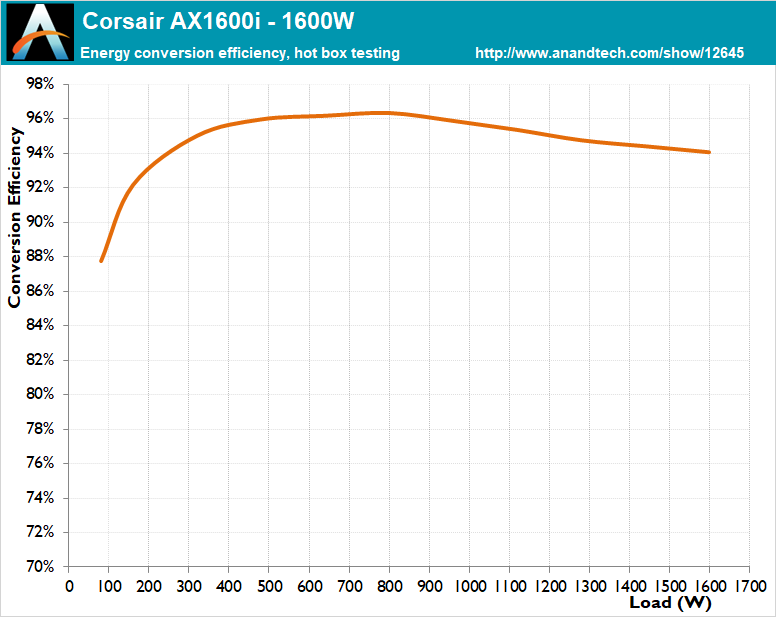 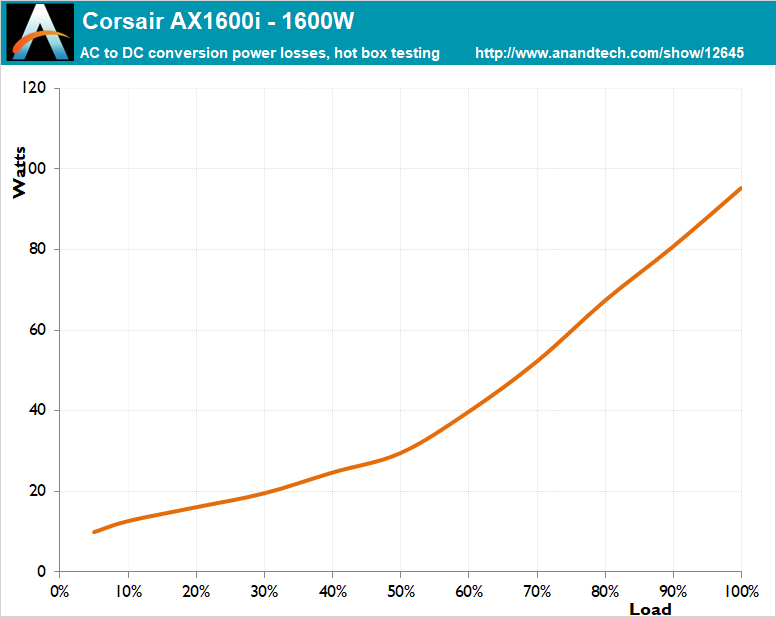 When it comes to adverse ambient conditions, the Corsair AX1600i is a true fortress. Operating the AX1600i inside our hotbox had virtually no impact on its electrical performance and/or efficiency. Even though the ambient temperature was well over 45 °C, the efficiency drop across the entire range was a mere 0.1%. This suggests that the components of the AX1600i are far from getting thermally overstressed, even with the PSU operating at maximum output under these adverse conditions. 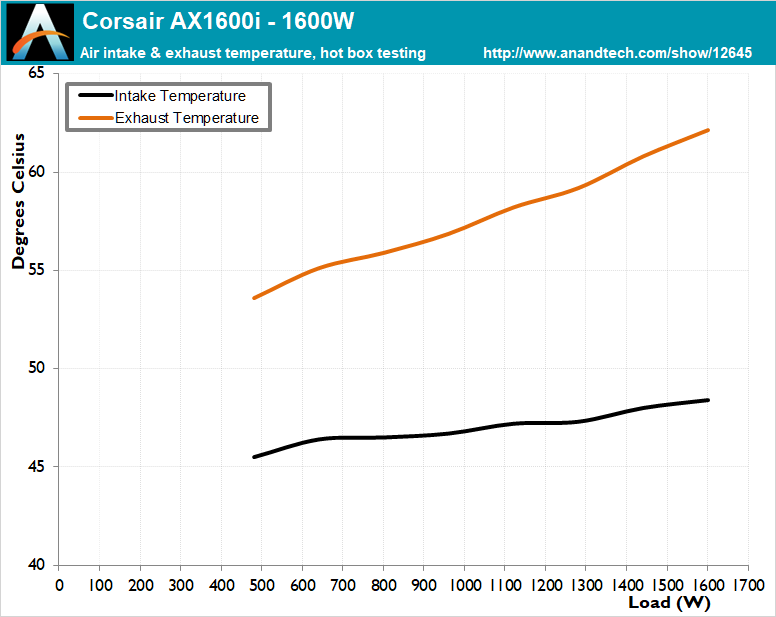 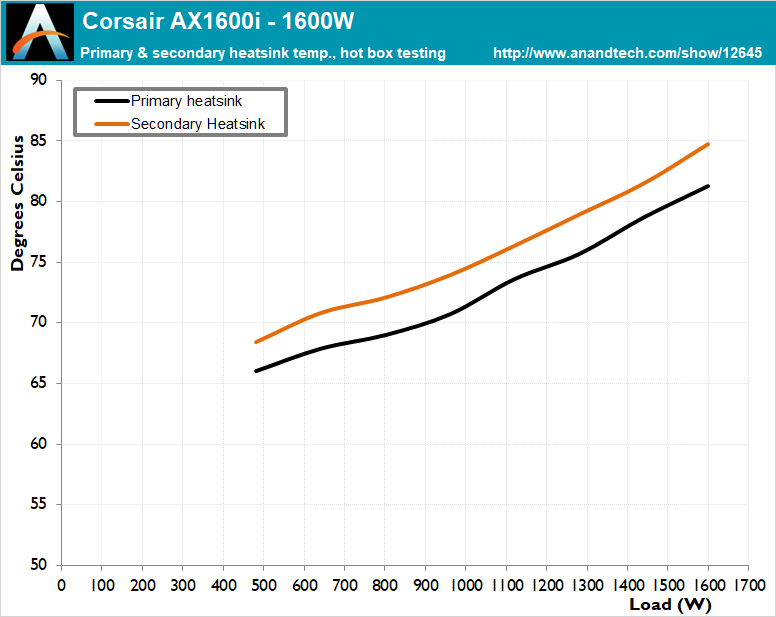 The only thing inside the AX1600i that is affected by the high ambient temperature is the cooling fan. It will still not even start with a load below 460 Watts but it is livelier once it does start, increasing its speed at a higher rate as the load increases. It ultimately reaches about 45.5 dB(A) at maximum load, which would be a low figure even for a mainstream PSU with an output of some hundred Watts, yet the AX1600i manages to maintain comfortable noise levels operating at maximum load with an ambient temperature of over 48°C. The internal temperatures of the PSU also are very low taking its power output and low fan speed into account. 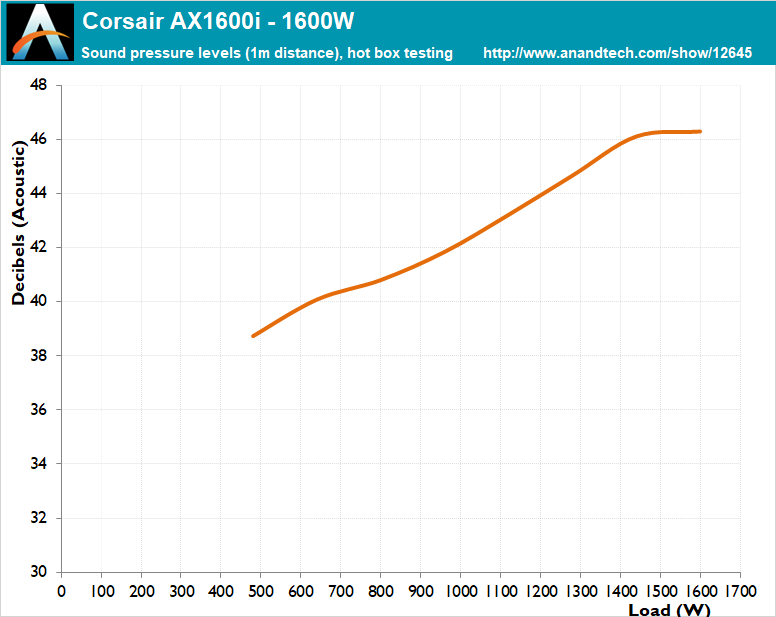