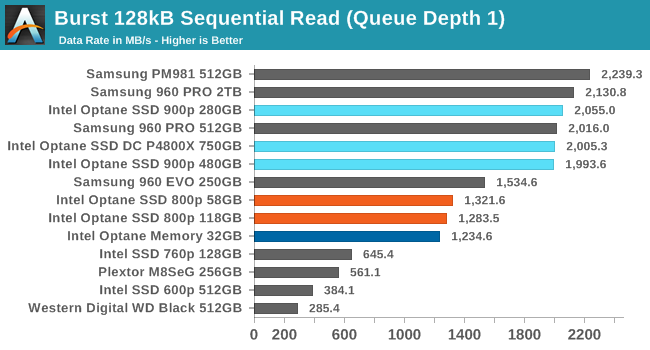 The QD1 burst sequential read performance of the Intel Optane SSD 800p is close to their rated maximum throughput, but they are far behind the 900p and high-end Samsung drives that actually need more than two PCIe lanes. 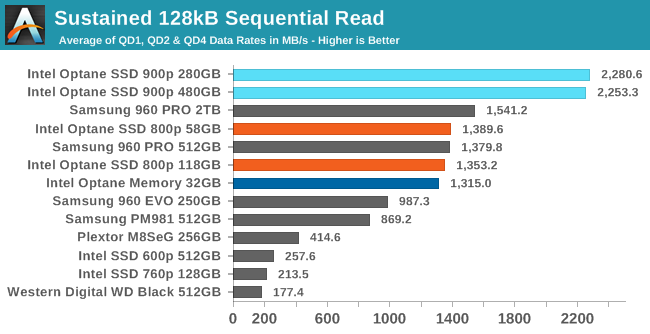 On the longer sequential read test, the Samsung NVMe SSDs fall down to the level of the Optane SSD 800p, because the flash-based SSDs are slowed down by some of the data fragmentation left over from the random write test. The Optane SSDs performed those writes as in-place modifications and thus didn't incur any fragmentation. This leaves the Samsung 960 PRO 2TB barely faster than the 800p, while the 900p runs away with its lead. 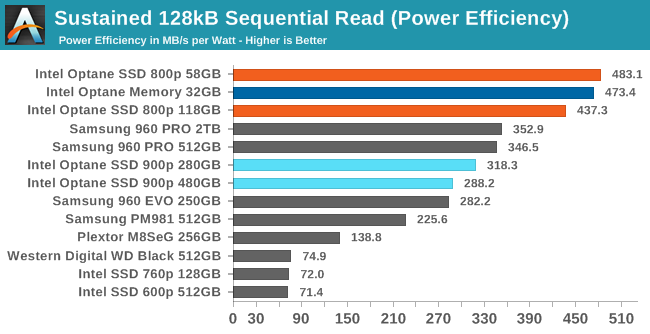 The Optane SSD 800p has the clear lead in power efficiency, as its second-tier performance comes with far lower power consumption than the top-performing 900p.

There are no big surprises with the queue depth scaling; the 800p's sequential reads are slightly faster at QD2 than QD1, but there's no further improvement beyond that. The 800p is easily staying within its 3.75 W rated maximum power draw. 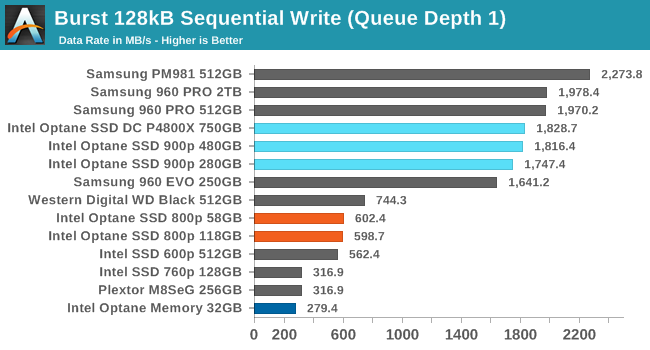 The burst sequential write speed of the Intel Optane SSD 800p is no better than the low-end flash-based NVMe SSDs. Without any write caching mechanism in the controller, the fundamental nature of 3D XPoint write speeds shows through. The 900p overcomes this by using a 7-channel controller, but that design doesn't fit within the M.2 form factor. 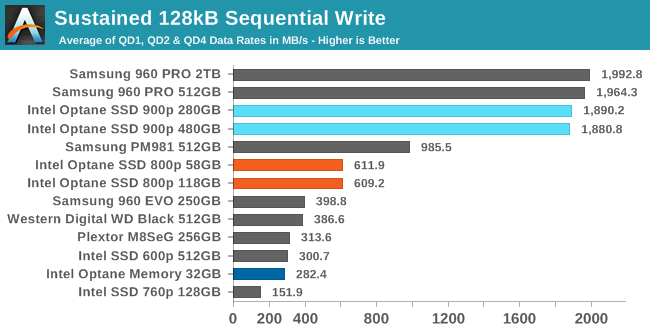 The Optane SSD 800p looks better on the sustained sequential write test, as all the TLC-based SSDs run out of SLC cache and slow down dramatically, while the Optane SSDs keep delivering the exact same performance. 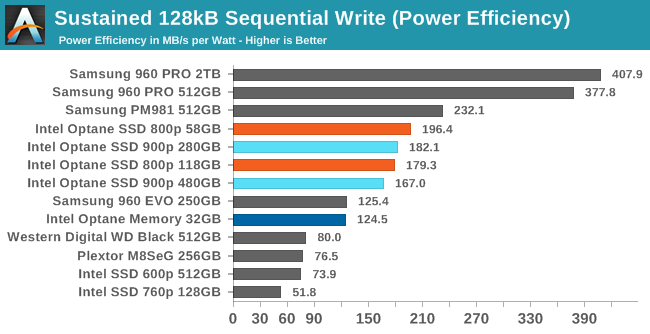 Despite their very different sequential write throughput, the Optane SSD 900p and 800p end up with very similar power efficiency on this test. The Samsung NVMe drives are even more efficient, but only the premium MLC-based 960 PRO has a large lead.

Almost all of the drives show no performance scaling with increasing queue depth, as large-block sequential writes can keep all the memory channels busy with only a little bit of buffering. The 900p needs at least two 128kB writes in flight to reach full throughput.