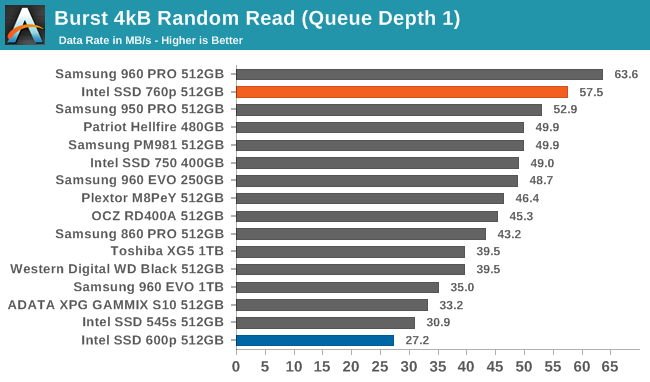 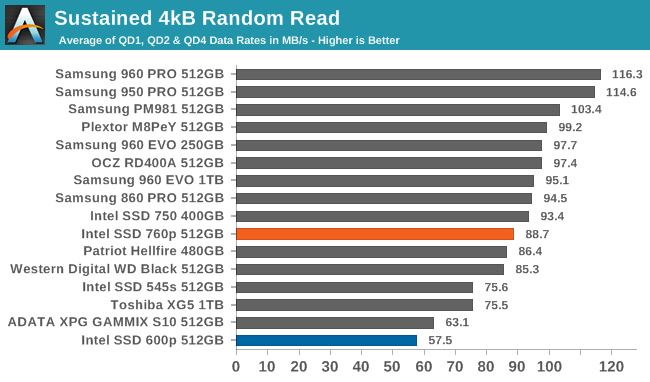 With a longer test runtime and some higher queue depths involved, the Intel SSD 760p no longer stands out from the crowd. Its sustained random read performance is reasonable given its pricing and the current field of competitors, but in a few months time it may be looking rather sluggish. The 760p is about 5% slower than the Intel SSD 750, but on the other hand it is 54% faster than the 600p. 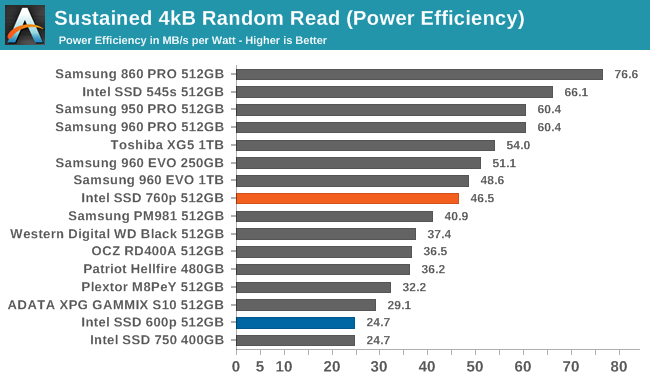 The power efficiency of the Intel SSD 760p during random reads is about average. Samsung's SSDs dominate the top half of the chart, and the two SATA SSDs hold the top two spots, showing that the performance of NVMe SSDs still doesn't offset their increased power consumption. Intel's previous consumer NVMe SSDs are tied for last place in power efficiency: the 750 is reasonably fast but power hungry, while the 600p has more modest power requirements but is quite slow.

The Intel SSD 760p has decent random read performance at low queue depths, but it doesn't scale well at all with higher queue depths. By QD4, Samsung's drives have started pulling away, and at QD8 and higher most drives are faster than the 760p. Even Samsung's SATA SSDs have a clear lead over the 760p before they hit the wall of SATA performance limits. At QD32, most other NVMe drives are much faster than the 760p, and the high-end drives are all at least twice as fast.

The power consumption of the Intel SSD 760p during the sustained random read test is lower than any NVMe SSD we've tested so far except the Toshiba XG5. 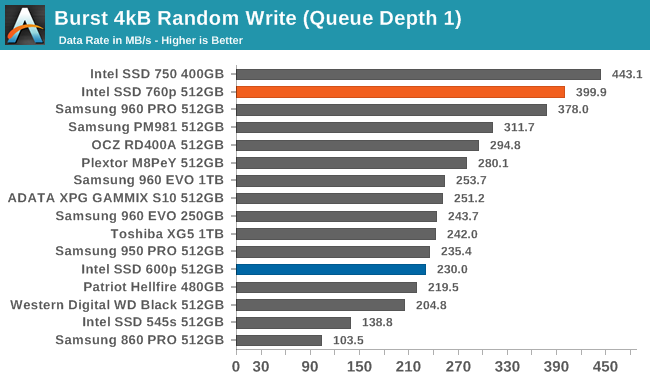 The burst random write performance of the Intel SSD 760p is second only to the Intel SSD 750. Since the 750 is based on an enterprise SSD platform with MLC NAND, this regression isn't at all surprising. That the 760p manages to beat the Samsung 960 PRO is quite an accomplishment. The 760p is also 73% faster than the Intel 600p on this test. 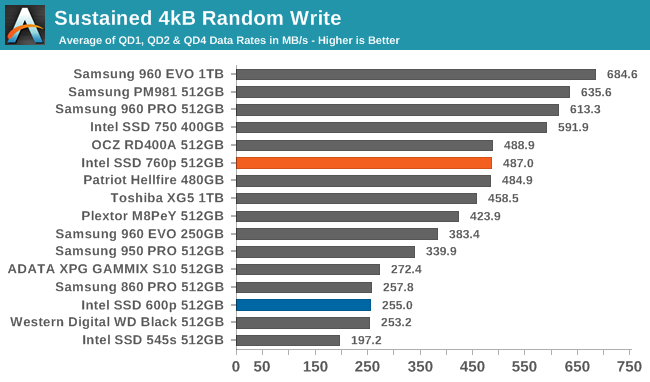 On the sustained random write test that involves some higher queue depths, the performance of the Intel SSD 760p is good but not outstanding. Several of Samsung's drives and the Intel SSD 750 are faster. However, the 760p is on par with some of the slower MLC-based competitors and is almost twice as fast as the Intel SSD 600p. 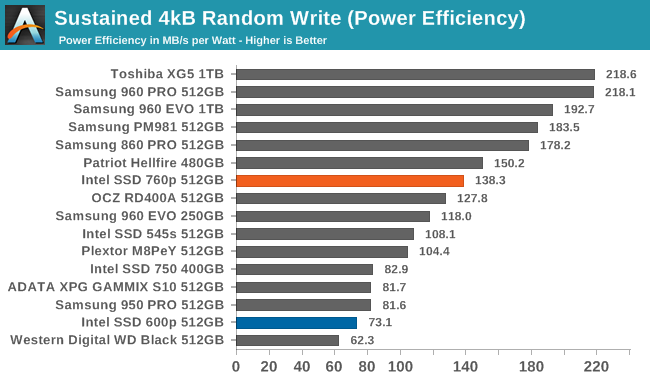 The power efficiency of the Intel SSD 760p during random writes is a bit above average, and is substantially better than any previous Intel consumer SSD. The Toshiba XG5 and most of Samsung's recent drives are far more efficient.