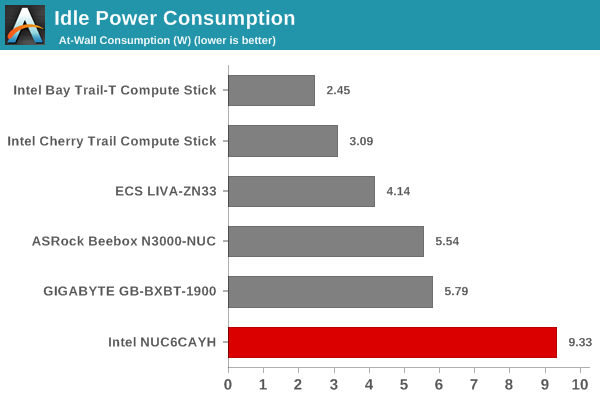 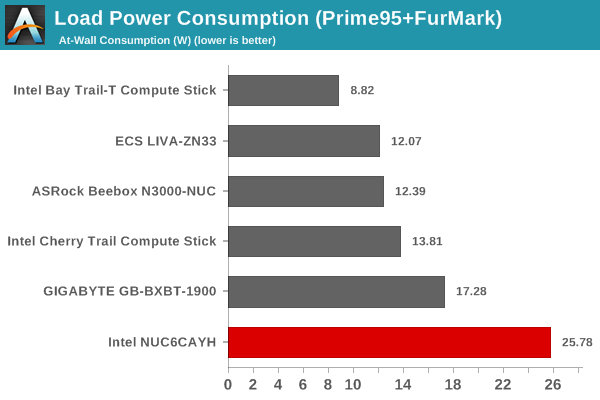 The Intel NUC6CAYH has a powerful CPU that wins in a majority of the presented benchmarks. But, it comes with a significant power penalty, both at idle and full loading. 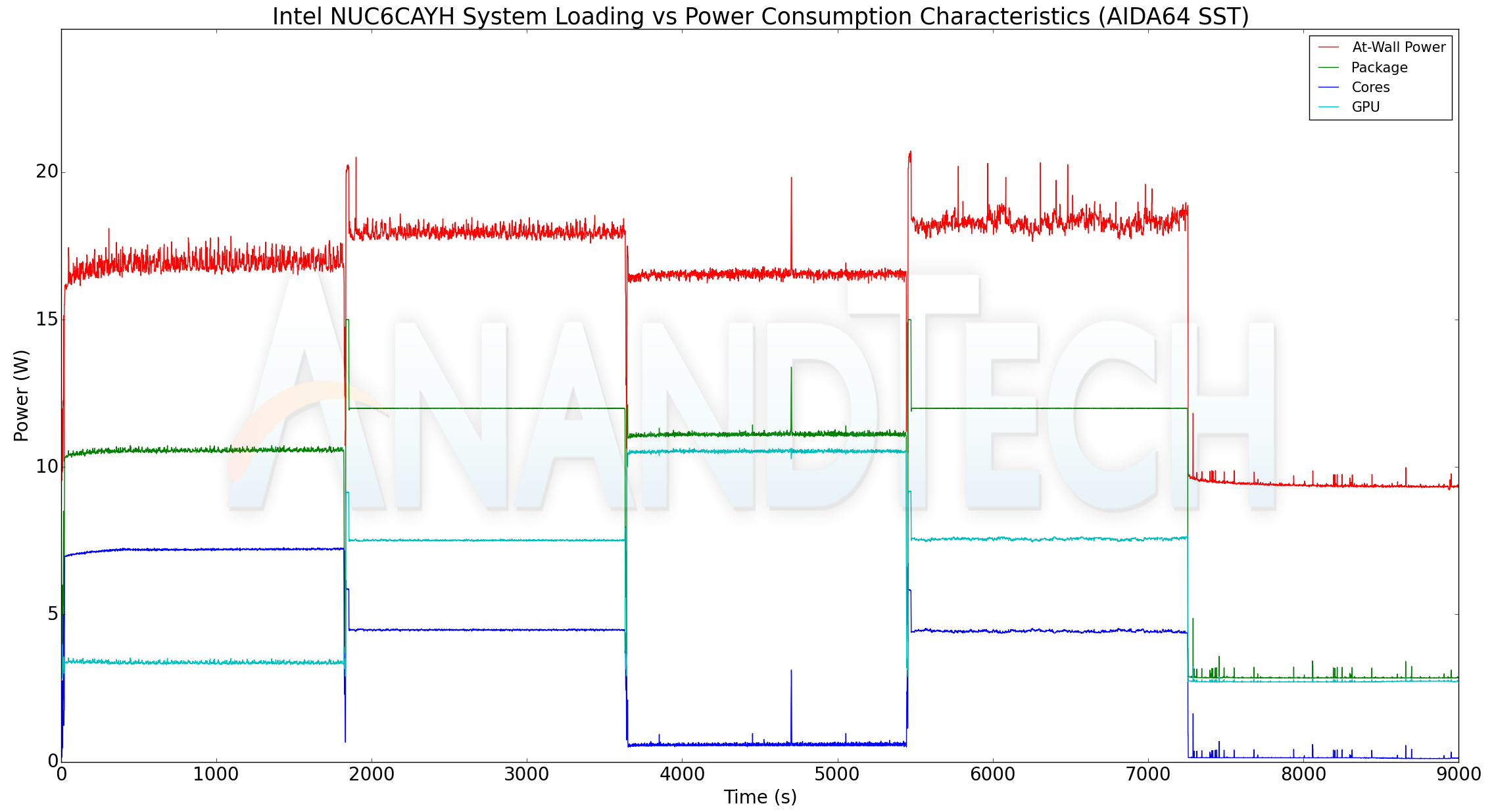 According to the official specifications of the Intel Celeron J3455, the junction temperature of the SoC is 105C. We do not see the numbers go anywhere that in the AIDA64 SST processing of the system. Interestingly, the package power seems to be configured for around 12.5W instead of 10W (as dictated by the TDP).

The AIDA64 system stability test uses real-world workloads to stress the system components. However, power virus tests such as the Prime 95 torture test and Furmark stability test can subject the system to greater stress. We repeated our thermal stress routine with 30 minutes of Prime 95 (v29.1), followed by 30 minutes of Prime 95 and Furmark (1.19.1). The Prime 95 load was then removed, and the GPU stressing Furmark test was allowed too run for another 30 minutes. The various clocks, temperatures and power consumption numbers for the system during the above routine are presented in the graphs below.

Here, we see the temperatures going up to 100C, but there is no throttling involved. Peak sustained power consumption numbers are also higher than what we encountered in the AIDA64 system stability test.