Consumer Electronics Show 2004 Day 3 - And now, the rest of the story

One of the most noticeable themes of this year's CES was wireless. Almost every device seemed to have either an antenna attached or a Bluetooth logo, and Kodak certainly wasn't pulling any punches. One of their innovations is a docking station that allows pictures to be uploaded wirelessly from your camera to your networked media device of choice with the touch of one button. 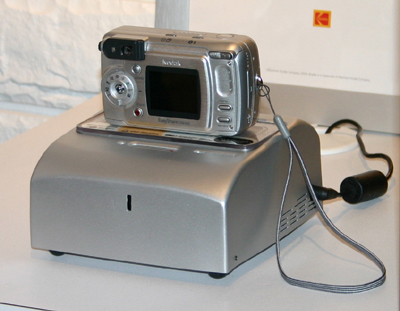 This particular demo is a prototype using WiFi, but the final version could implement any type of wireless solution. The prototype is apparently able to upload to a local or internet location. A car module that could upload to (and eventually download from) a wireless home network was on the floor as well.

In addition to their new found love for wireless, OLED technology is making its way into their products. They brought along the refrigerator computer demo we have seen before, but we also liked this camera featuring an OLED screen. The image was beautiful, viewable from all angles, and low power to boot. 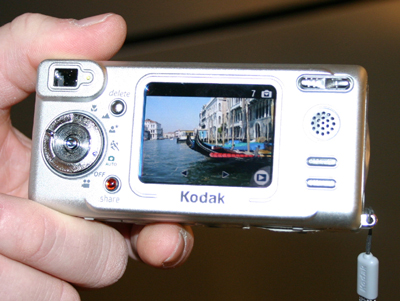 We also took a look at a couple of standalone photo printers by Kodak and Olympus. Olympus employs a standard USB connection to its cameras, while Kodak cameras can be physically set into the port on top of their unit. 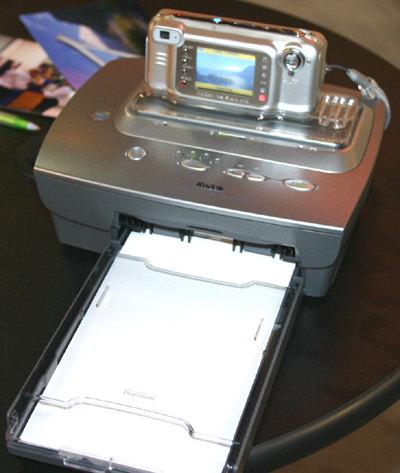 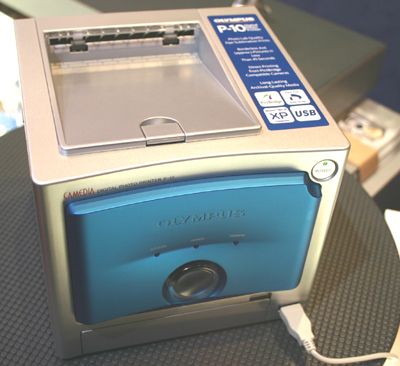 A great deal of small digital point and shoot cameras were on the floor. Offerings ranged from the very tiny and discrete to the flashiest (read tackiest) hunks of plastic on the planet. We saw the most intriguing camera designs of the show at Advanced Plus Technology. The first thing all of us thought when we saw this gun camera was "Better not take that to the airport." 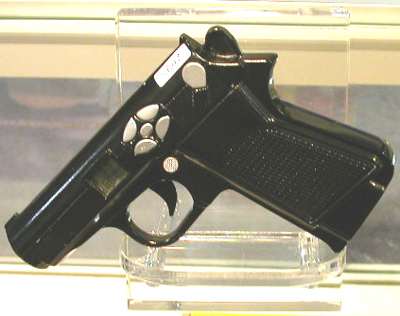 This camera has a built in game mode that inserts a bullet hole onto the image so all the kids can finally have some support to their "I got you! / No you didn't!" arguments. Even so, the idea of a gun camera is still a little bit sketch.

Among other Advanced Plus cameras were their video embedded in a little plastic potted sunflower, and a 6mm deep point and shoot digital which they claimed to be the thinnest camera on the market. 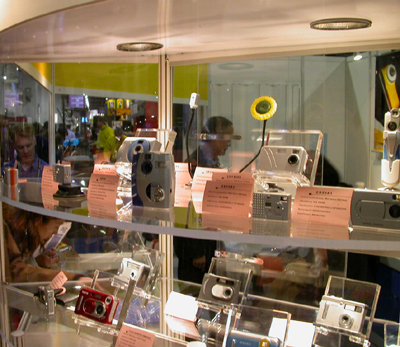