We took a brief look at the history of SD / mini-SD / micro-SD cards in the previous section. Similar to SDXC, we have UHS-I and UHS-II interfaces for the microSDXC cards also. SanDisk bundles appropriate adapters with the microSDXC cards. While the UHS-I Extreme card gets a simple full-sized SDXC adapter, the UHS-II Extreme PRO comes with a compact USB 3.0 microSDXC UHS-II reader. 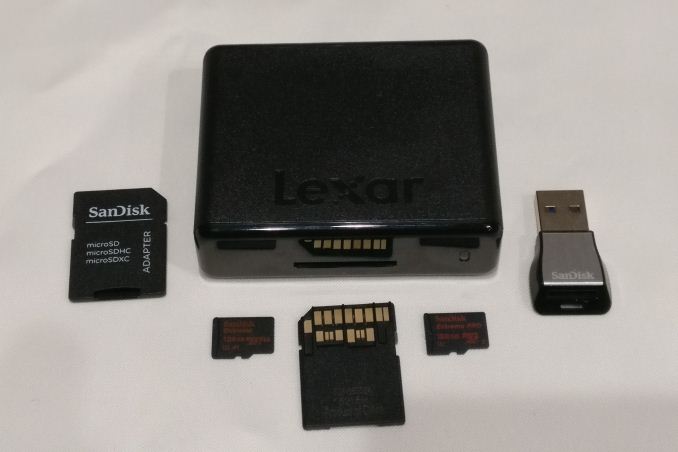 The Extreme PRO microSDXC UHS-II card comes in 64GB and 128GB, while the Extreme microSDXC UHS-I card has 32GB, 64GB, 128GB, and 256GB capacity points. We look at the performance of the 128GB versions in this section.

SanDisk claims speeds of up to 275 MBps for the Extreme PRO UHS-II and 100 MBps for the Extreme UHS-I cards, but real-world speeds are bound to be lower. In fact, writes can sometimes be much slower. For most applications, that really doesn't matter as long as the card is capable of sustaining the maximum possible rate at which the camera it is used in dumps data. We use fio workloads to emulate typical camera recording conditions. We run the workload on a fresh card, and also after simulating extended usage. Instantaneous bandwidth numbers are graphed. This gives an idea of performance consistency (whether there is appreciable degradation in performance as the amount of pre-existing data increases and / or the card is subject to wear and tear in terms of amount and type of NAND writes). Further justification and details of the testing parameters are available here. 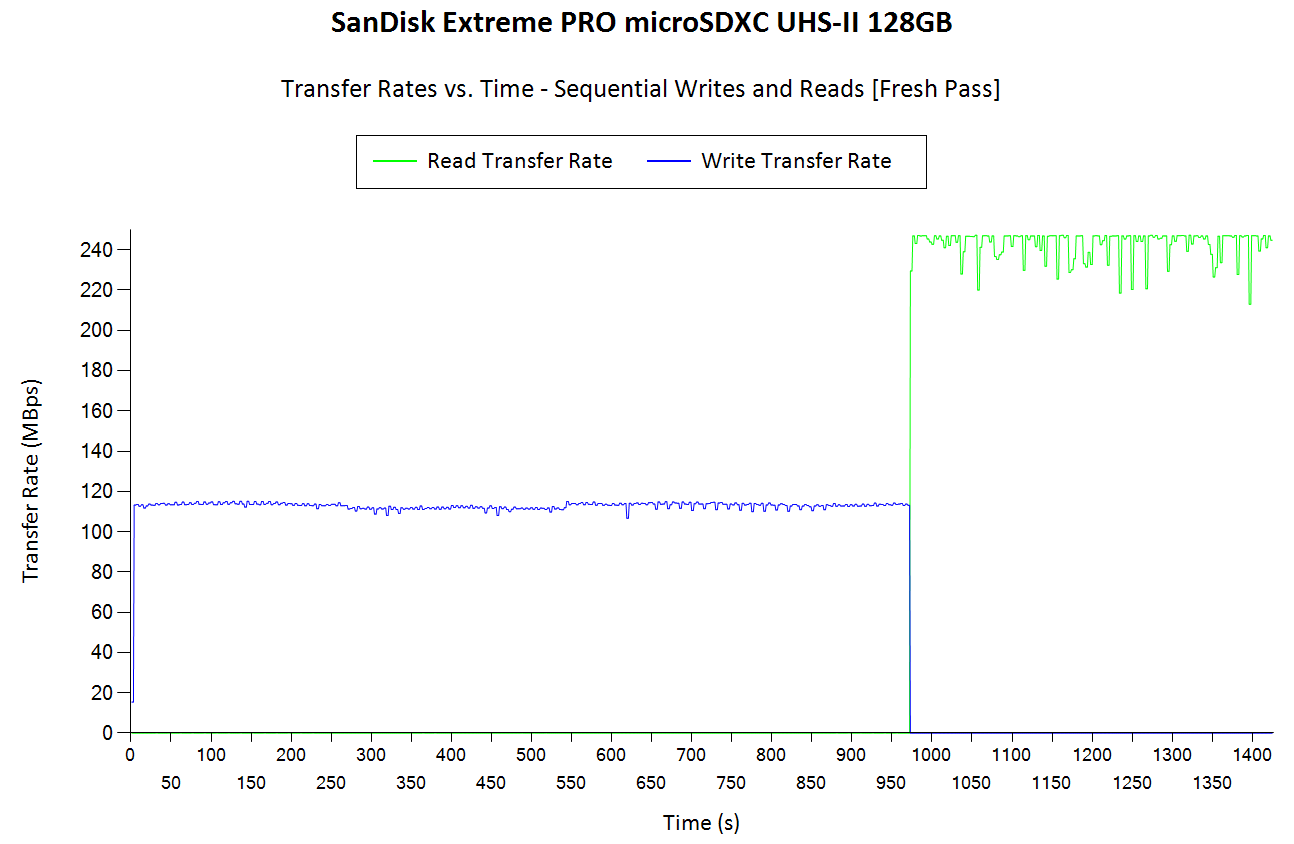 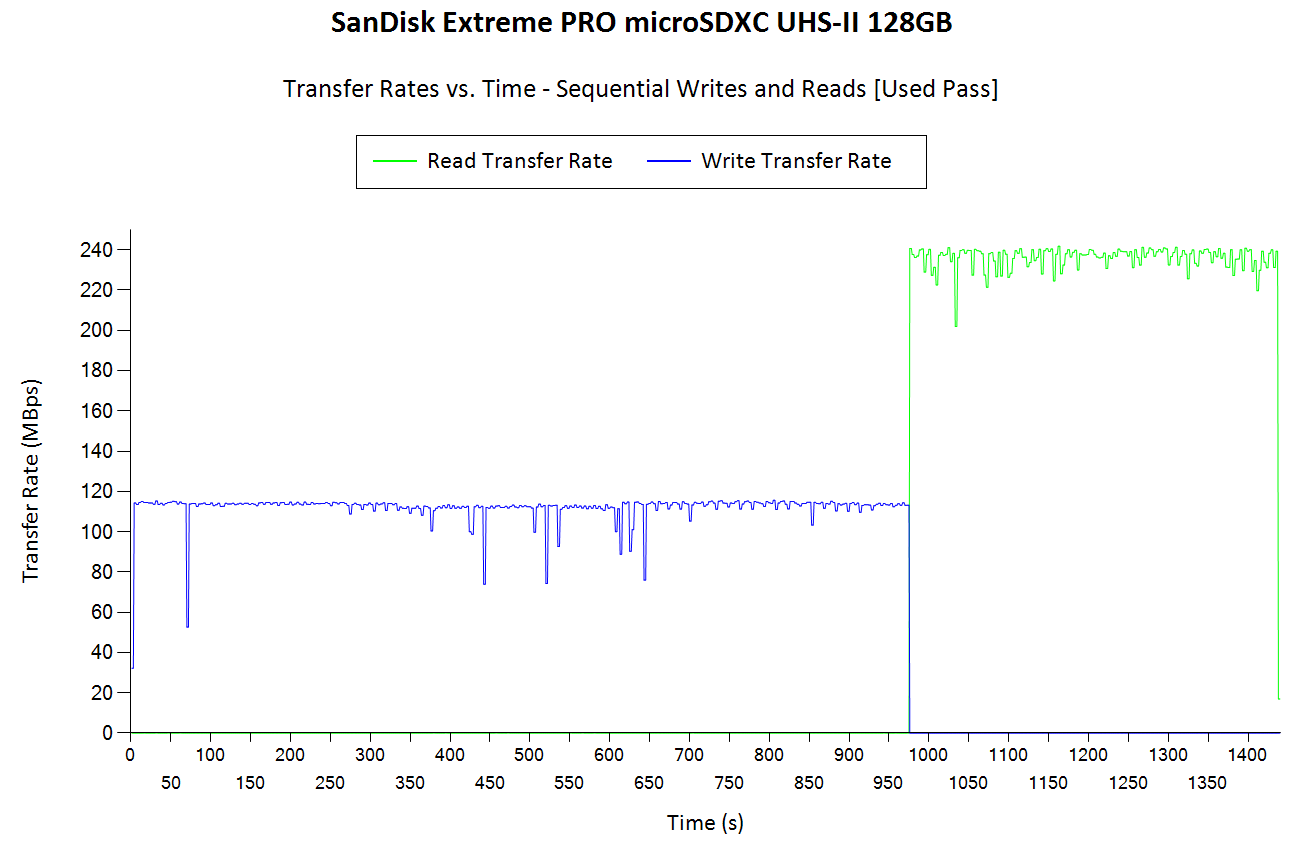 Both cards show great performance consistency in the fresh state. Users can expect sustained writes of around 110 MBps and 60 MBps for the Extreme PRO and the Extreme respectively. Reads are much higher at 230 MBps and 95 MBps. The numbers after extended use are very similar, but, there is a bit of consistency loss. In the default state, the ADATA Premier ONE UHS-II card delivers much better write performance, but, in the extended usage state, the Premier ONE's performance is halved, while the Extreme PRO doesn't show any significant degradation. On the other hand, the Lexar UHS-II card seems to be the overall winner both in terms of consistency as well as raw numbers. 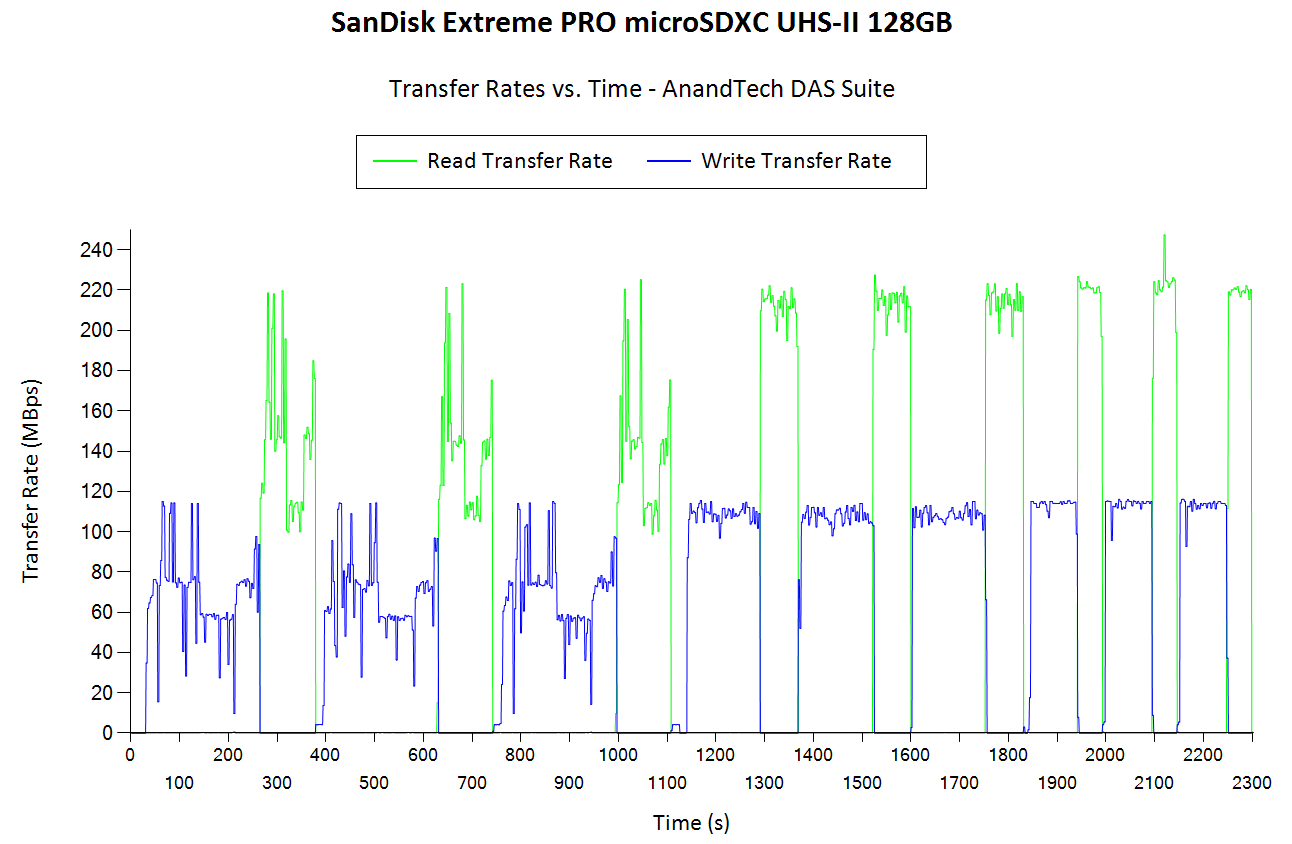 The Extreme PRO seems to be well-optimized for general usage also. The Extreme, as well as the ADATA Premier ONE show some of their shortcomings when dealing with a large number of small files with different sizes. The Lexar card and the SanDisk Extreme PRO show similar performance. 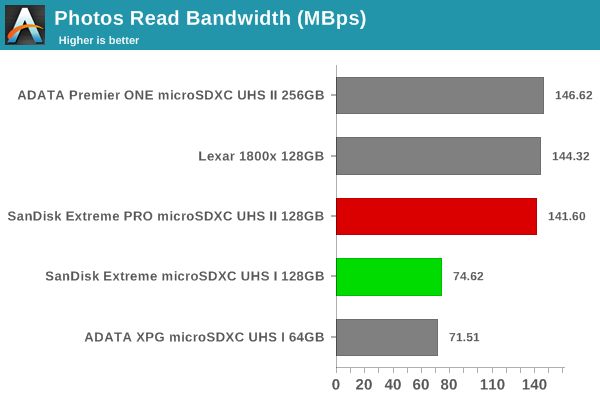 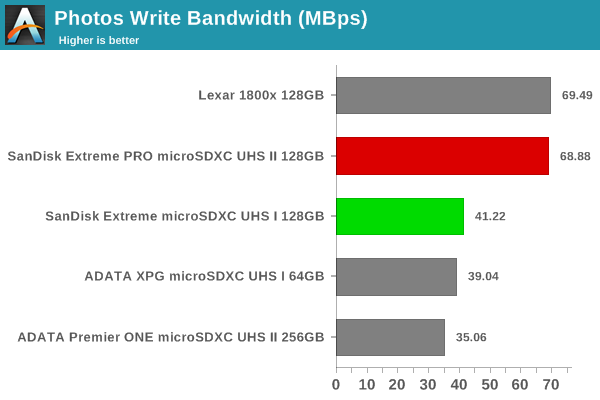 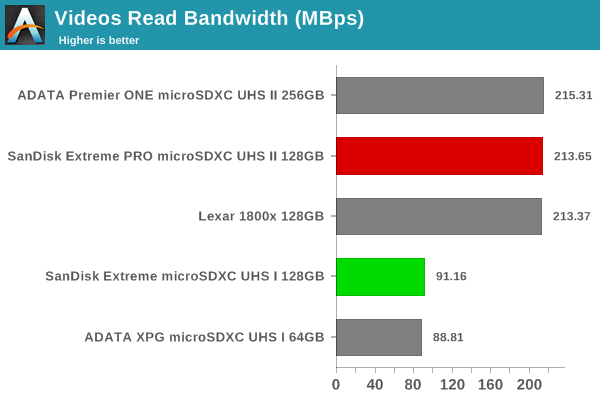 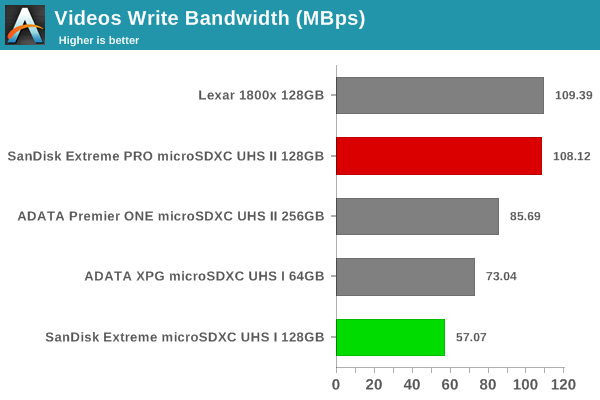 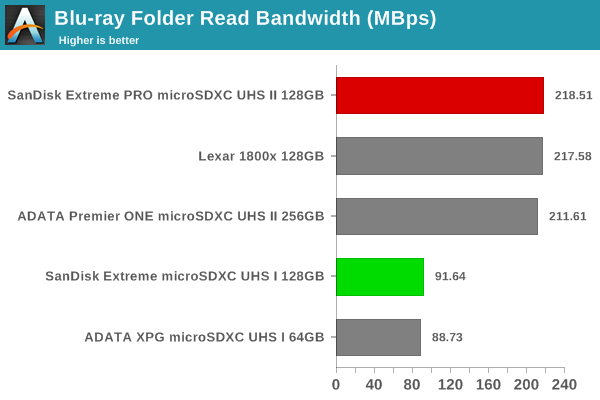 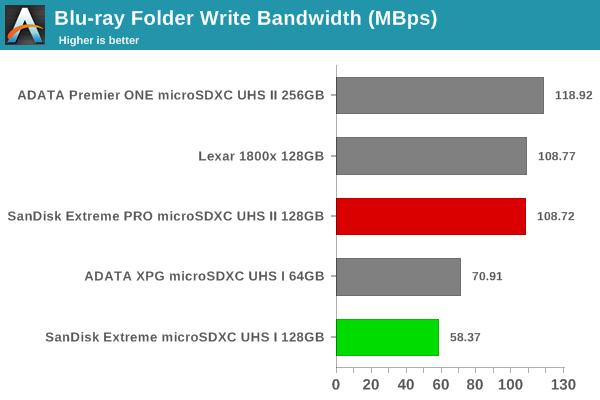 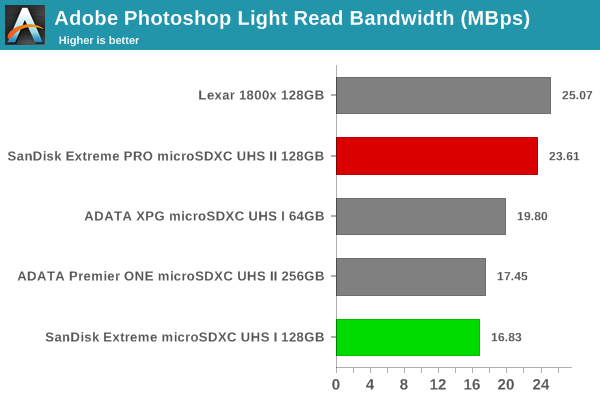 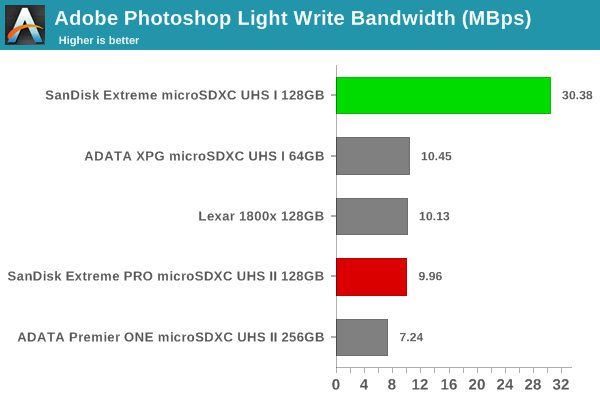 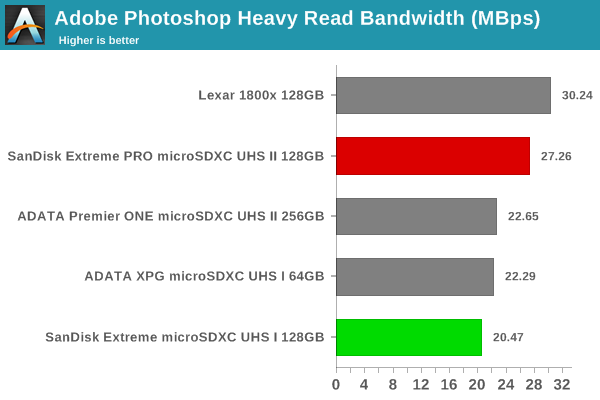 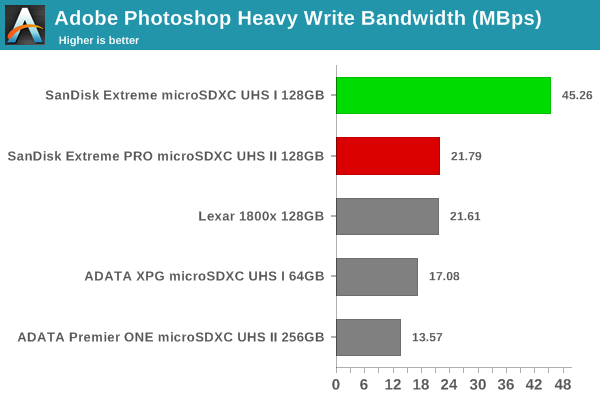 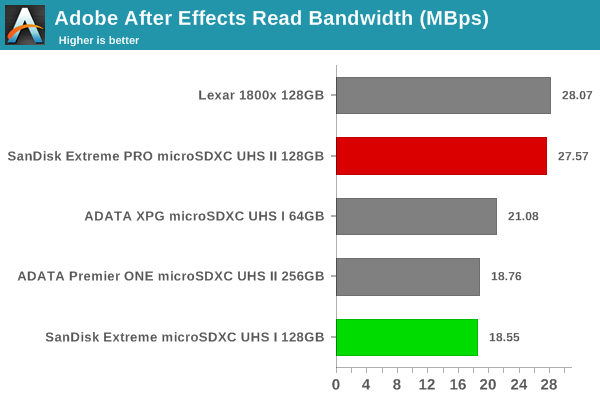 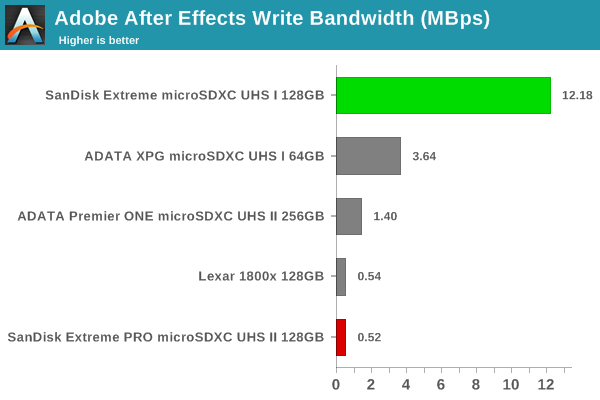 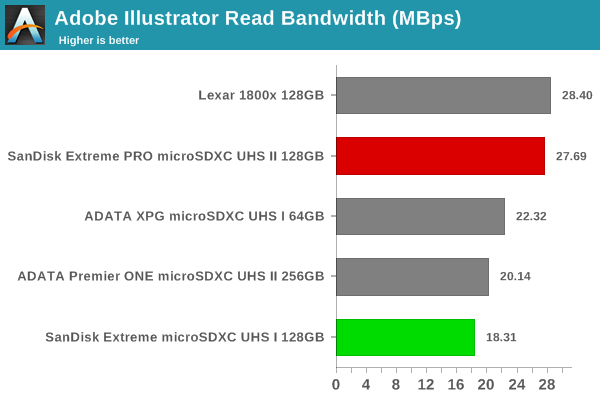 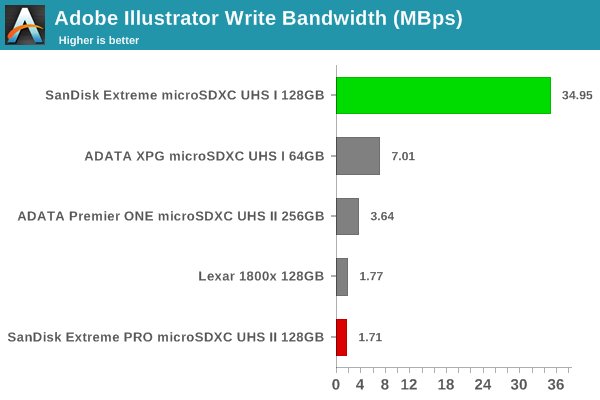 Both cards show negligible performance benefits from refreshing / reformatting. Obviously, reformats will help in avoiding the occassional performance dips that we observed in the sustained writes / reads after subjecting the card to extended use.