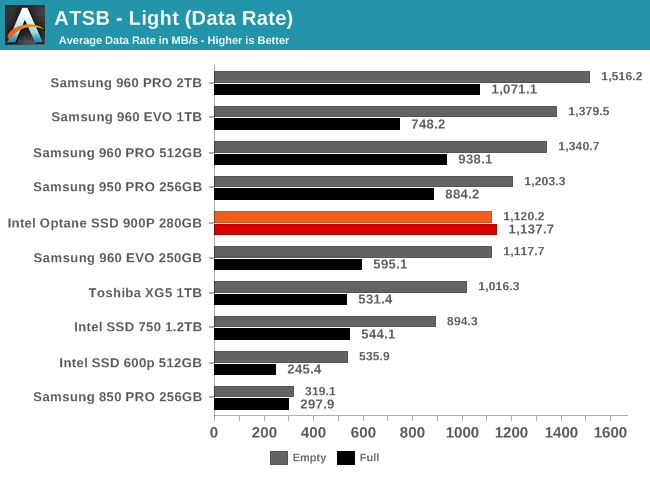 The Intel Optane SSD 900P doesn't come in first place for overall data rate on the Light test, until the drives are filled and the average data rate of all the flash-based SSDs takes a big hit. 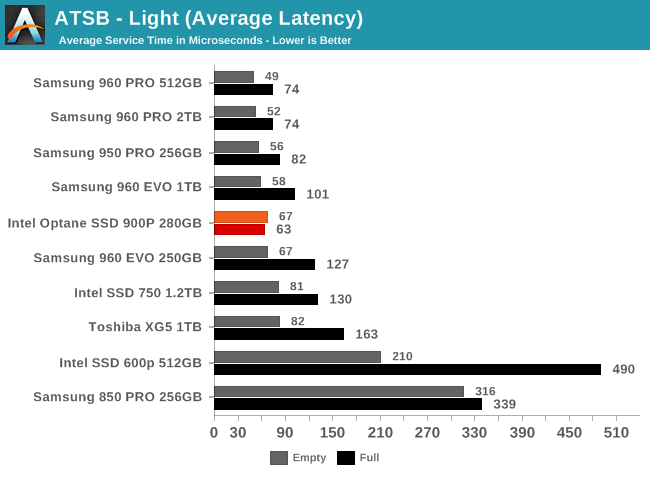 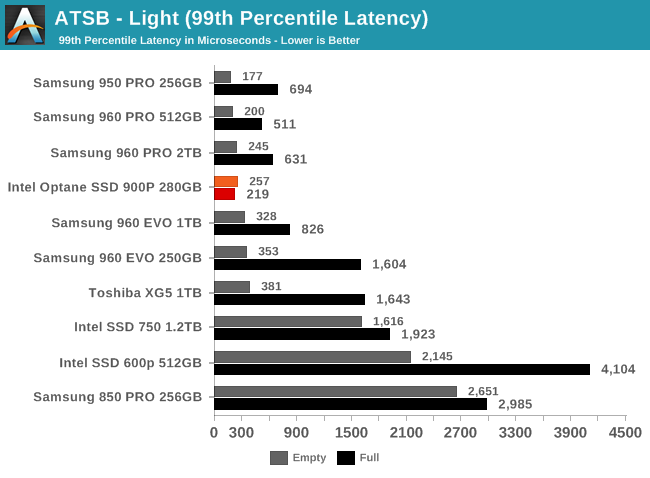 The average and 99th percentile latencies of the Optane SSD on the Light test are on par with the top flash-based SSDs when the test is run on an empty drive. When the drives are filled before the test, the flash-based SSDs slow down enough that the Optane SSD takes first place easily, with an especially wide margin on the 99th percentile latency. 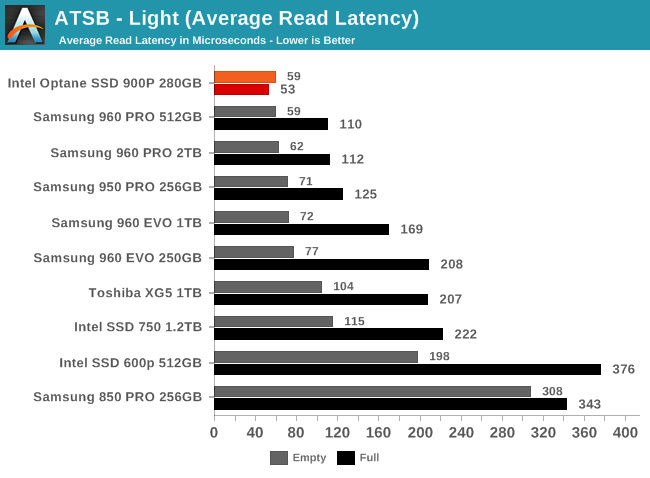 The average read latency of the Optane SSD 900P on the Light test is merely tied for first place, when the test is run on an empty drive. When the drives are filled, the Optane SSD has half the average read latency of anything else. The write latency situation is quite different; whether or not the drives are filled, most of the top flash-based SSDs are able to fit the bursts of writes in their caches and deliver better latency than the uncached writes of the Optane SSD. 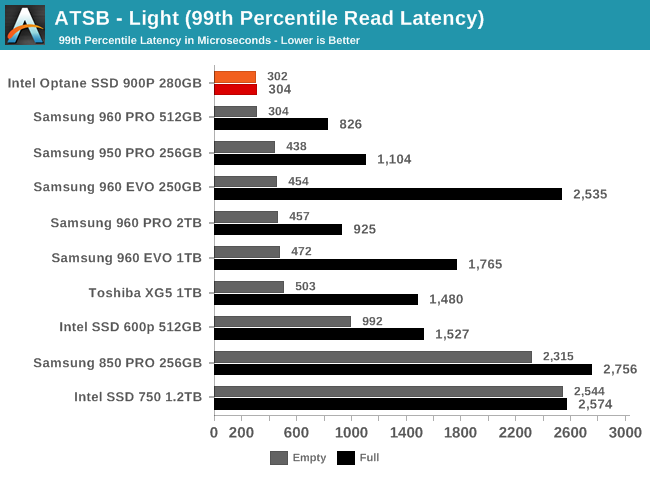 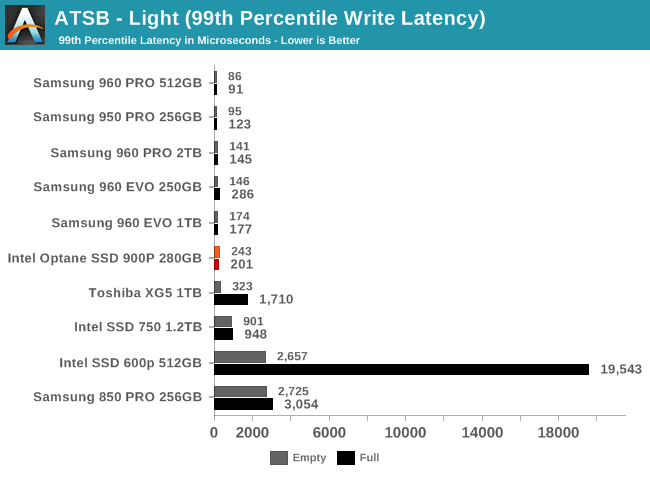 The 99th percentile read latency of the Optane SSD 900P on the Light test is tied for first place when the test is run on an empty drive, and leads by more than 60% when the drives are filled before the test. The 99th percentile write latency lags behind the top flash-based SSDs a bit, but nowhere near enough to be noticeable: the latency is still an order of magnitude lower than SATA SSDs.