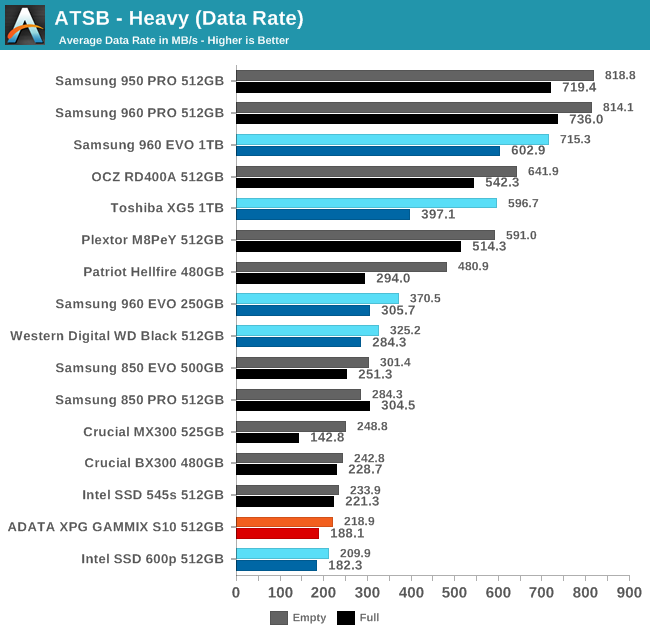 The ADATA XPG GAMMIX S10 doesn't handle the Heavy test much better than the Intel 600p did. Both deliver a lower average data rate than many SATA SSDs. 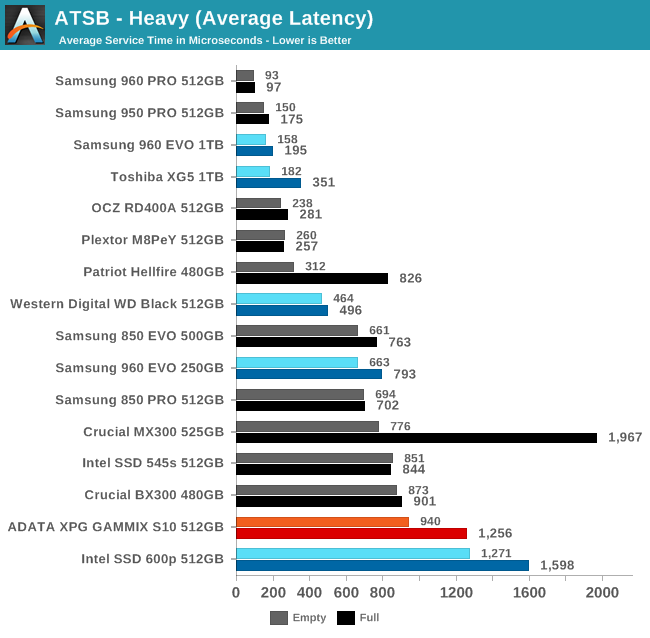 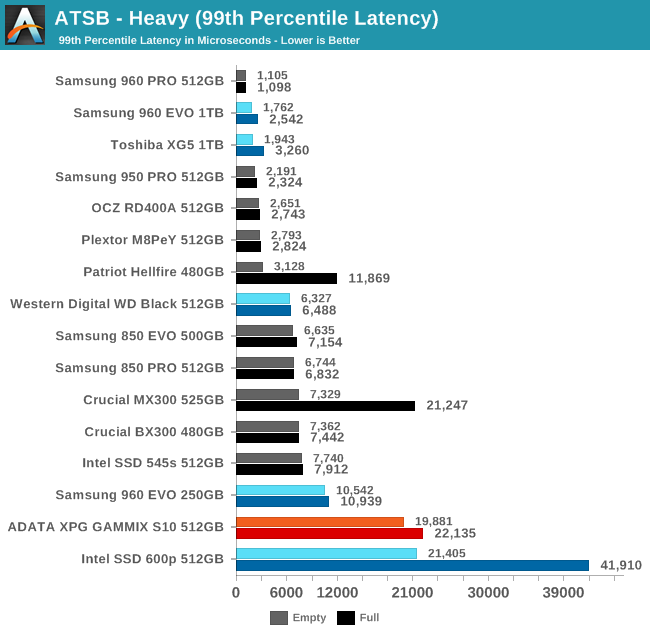 Both the average and 99th percentile latency scores of the GAMMIX S10 on the Heavy test are a clear improvement over the Intel 600p, but both drives are behind mainstream SATA drives and even further behind the TLC NVMe competition. 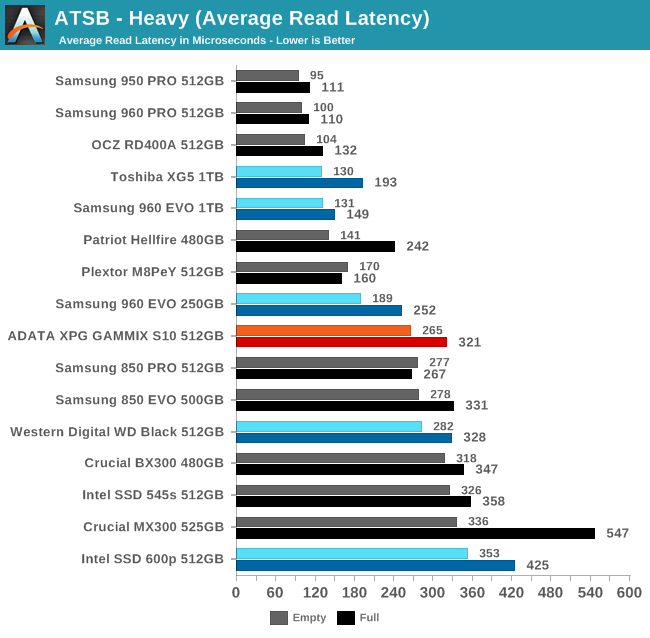 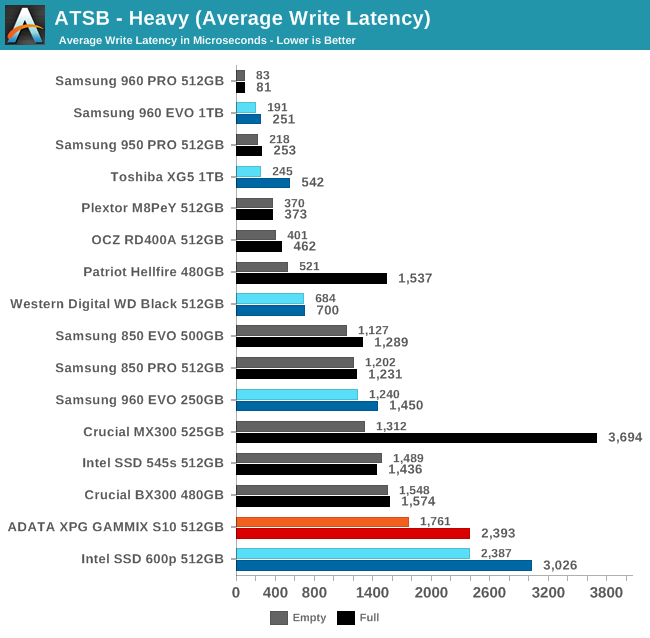 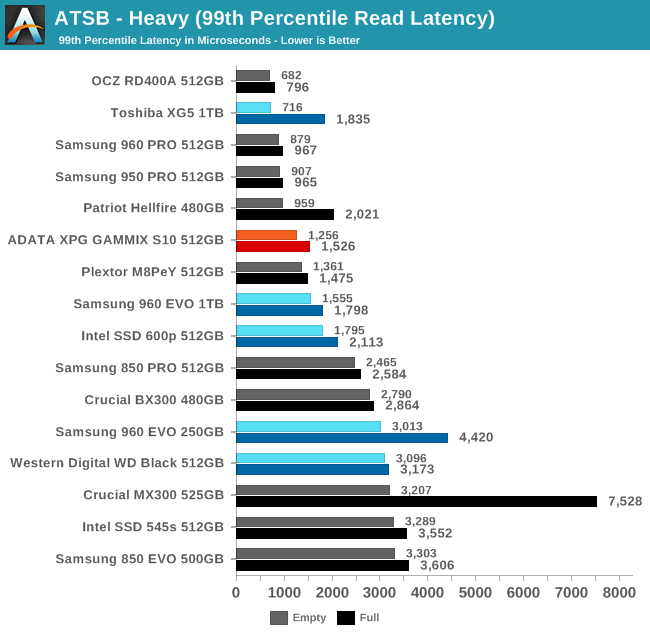 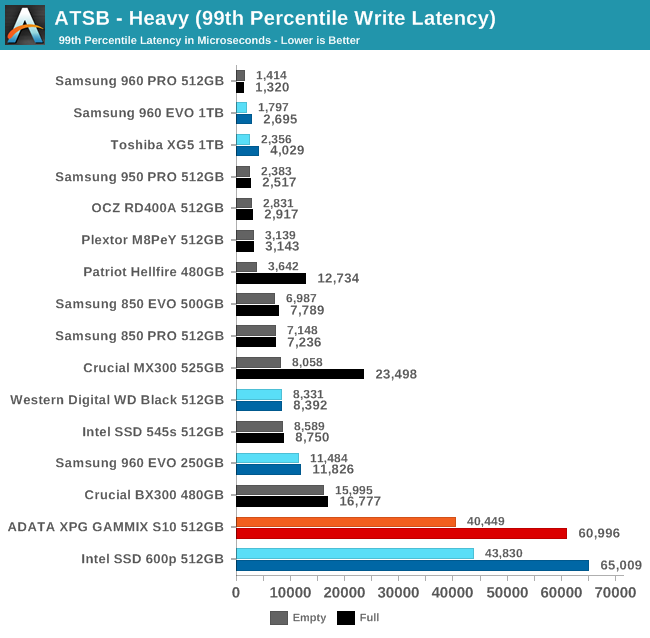 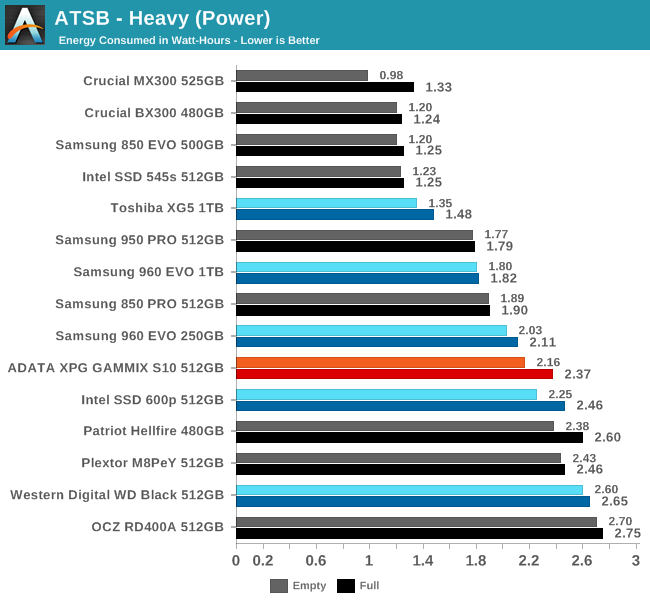 The power consumption of the GAMMIX S10 on the Heavy test is typical for most NVMe SSDs. Good SATA SSDs use much less energy over the course of the test, but few current NVMe SSDs can match the efficiency of SATA, and the GAMMIX S10 isn't one of them.