Ashes of the Singularity is a Real Time Strategy game developed by Oxide Games and Stardock Entertainment. The original AoTS was released back in March of 2016 while the standalone expansion pack, Escalation, was released in November of 2016 adding more structures, maps, and units. We use this specific benchmark as it relies on both a good GPU as well as on the CPU in order to get the most frames per second. This balance is able to better display any system differences in gaming as opposed to a more GPU heavy title where the CPU and system don't matter quite as much. We use the default "Crazy" in-game settings using the DX11 rendering path in both 1080p and 4K UHD resolutions. The benchmark is run four times and the results averaged then plugged into the graph. 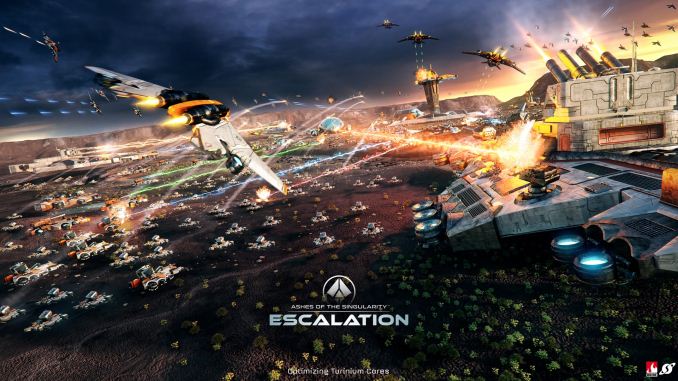 Nothing too much to note here. The SLI Plus is right with the other boards tested.