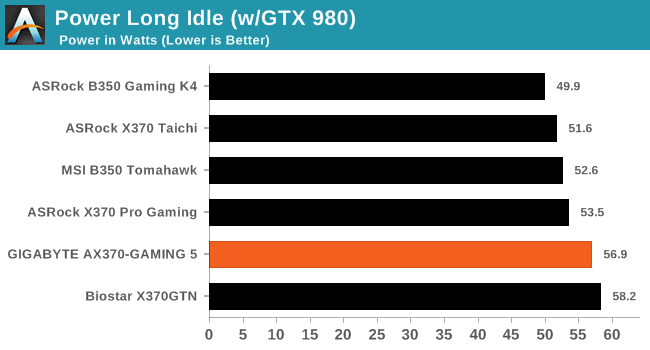 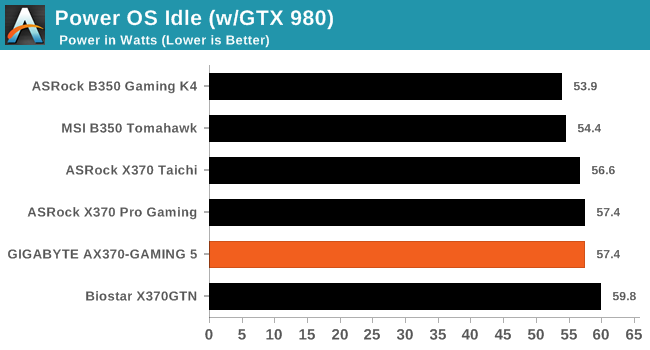 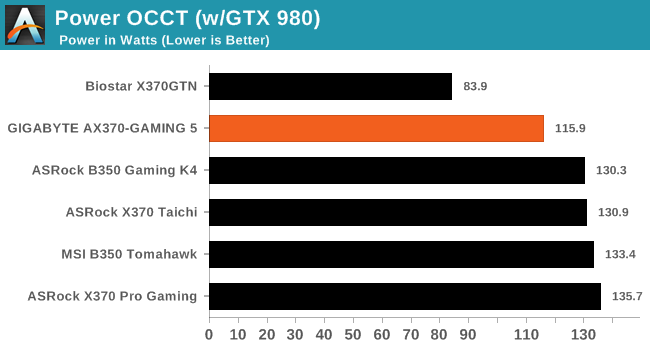 The idle power consumption numbers for the Gaming 5 were slightly higher than most of the boards, likely due to the use of dual network controllers and the additional USB 3.1 controller, not to mention all the LED lighting. That being said, under load, it used 15W less power than the other full-sized motherboards. We are still trying to narrow down exactly what is the cause, in case something isn't firing up properly. Nonetheless, nothing was untoward in our benchmarking. 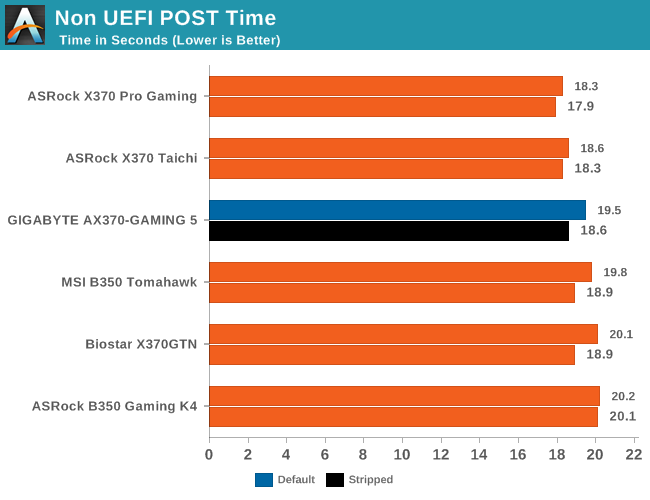 Most of the POST times on X370 seem to be in the same ball-park, differing by a second or two. 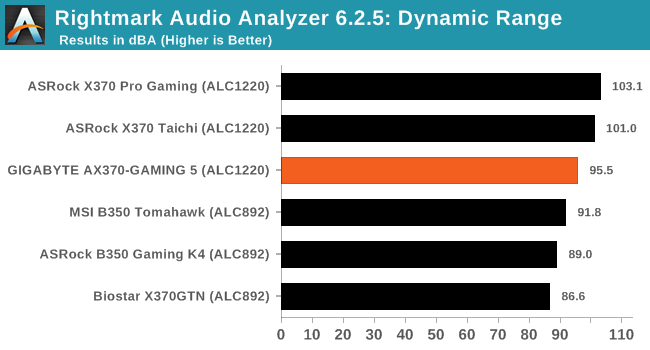 One of the downsides of using dual audio codecs is that the space that is normally dedicated for one now has to be split between two. The ALC1220 easily beats the ALC892 solutions, however. 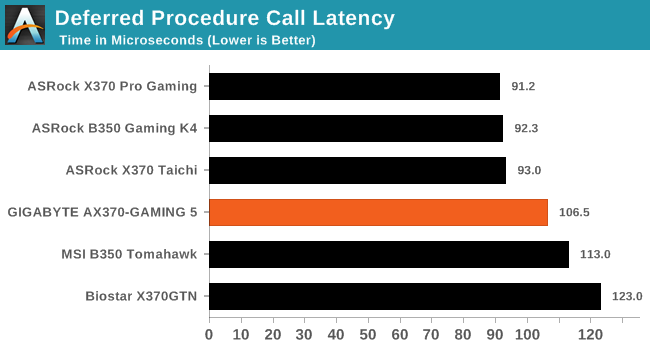 All of our X370 boards get under a nice 150 microseconds, although the ASRock boards seem to do well here. The Gaming 5 doesn't match them but is the next one behind.