For the Z370 chipset, ASRock states they have an improved power phase design with “more power phases than ever” said to provide “unmatched overclocking capabilities, lower temperatures, and system stability”. ASRock boards also use their 'Hyper DDR4' nomenclature for improved memory performance, which according to their blurb indicates that the traces are optimized and memory circuitry isolated, providing pure clean memory signals 'for compatibility, stability, and performance' - also known as a revision of T-Topology. This allows some boards in the lineup to support speeds up to DDR4-4333. ASRock is one of the board partners offering 10 Gbps Ethernet via an onboard Aquantia controller port on the flagship Z370 Professional Gaming board. This is where we start.

The Fatal1ty Z370 Professional Gaming i7 looks like a high-end motherboard, with an extended shroud covering the rear panel and audio section, dual VRM heatsinks connected via a heatpipe, a trio of M.2 slots, and all full-length PCIe slots are strengthened in order to better support heavier video cards. There is some artwork on the board where the M.2 slots are located; otherwise, it is an all jet black with RGB LEDs peeking out through the shrouds and the bottom of the PCH heatsink. A debug LED and power/reset buttons are also found just below the chipset heatsink at the bottom of the board. Additional RGB LEDs can be added via the single RGB LED header. 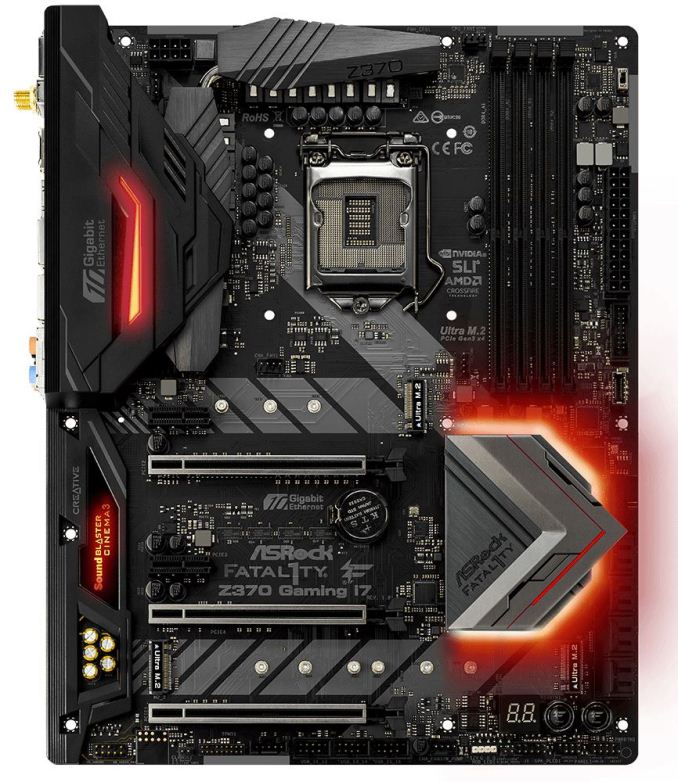 A maximum of 64GB of memory through the four slots, with a supported speed up to DDR4-4333+. The DDR4-4333 rated speeds are the fastest listed from any manufacturer so far. The Pro Gaming i7 has a total of five PCIe slots: three full-length and two x1. All three full-length slots are reinforced, and work in x16 single, dual at x8, and all three at x8/x4/x4 modes. This lane configuration allows support for 2-way SLI and 3-way Crossfire. The x1 slots are ‘flexible’ in that the slot is open-ended, and larger cards are able to fit the slots if they only need x1 bandwidth.

Most Z370 motherboards have six SATA ports, while the Z370 Gaming i7 has eight. The other two ports are driven by an ASM1061 chipset which takes one PCIe from the chipset to provide two SATA ports. The board comes equipped with three M.2 slots, with two able to fit 110mm modules and the other supports 80mm drives. There is some lane sharing going on here, as the M2_1, SATA3_0 and SATA3_1 ports share lanes, as do the M2_2, SATA3_4, and SATA 3_5.

Audio duties are handled by a Realtek ALC1220 audio codec, which uses Nichicon Gold series audio caps as well as a NE5532 headset amplifier for the front panel (supports up to 600Ω headphones). Networking functionality can be handled by any of the four network solutions on the board: there are two Intel Gigabit LANs (an I219-V and I211-AT), and then there is the monster at the end in the Aquantia AQC107 controller supporting 10 Gbps for use with high bandwidth applications. Wireless networking is also included via the use of an Intel 802.11ac Wi-Fi module. It supports Bluetooth 4.2, is dual band, and allows wireless connection speeds up to 433Mbps, which suggests it is the AC3165. 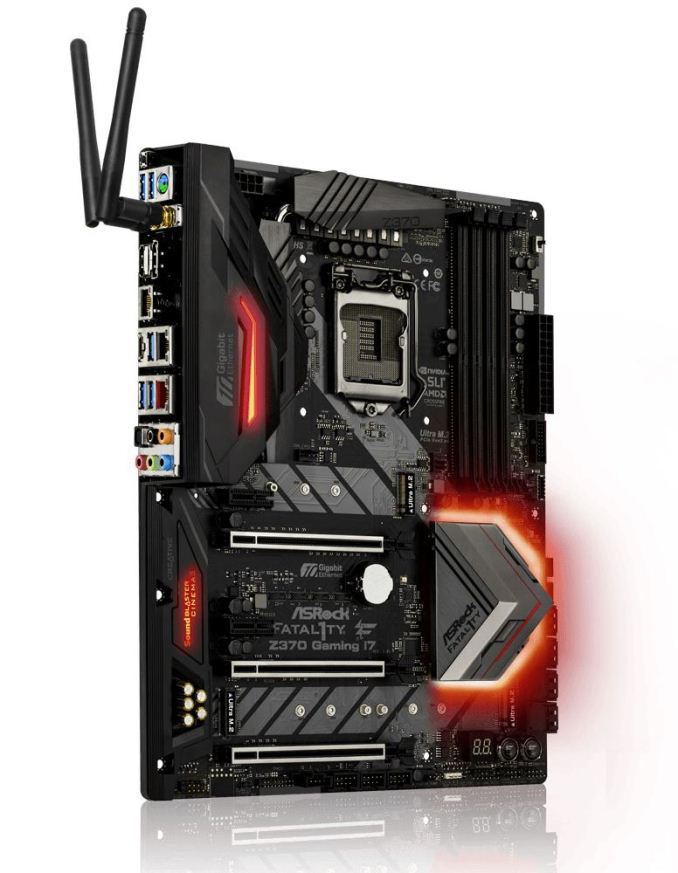 There are three USB 3.1 (10 Gbps) ports in total, with two on the back panel (Type-A and Type-C) with the third Type-C an internal header for the front panel. There are four more USB 3.1 (5 Gbps) ports on the back panel with another two internal headers driven by an ASM1974 hub. Last, the Gaming i7 uses three USB 2.0 headers to support another six ports. The remainder of the back panel includes a clear CMOS button, a legacy PS/2 port, HDMI and DisplayPort video outputs, and audio jacks with SPDIF. 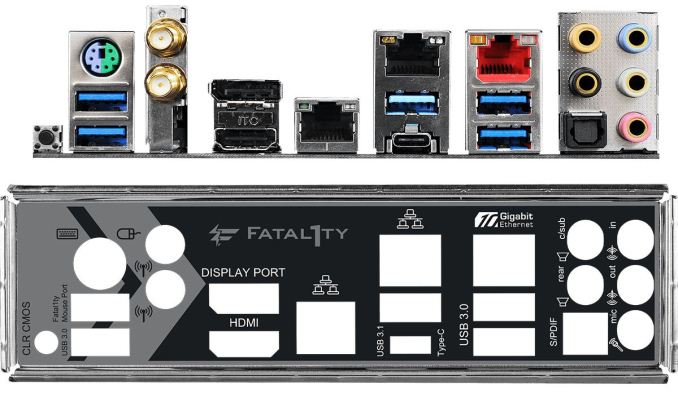