The Z370 Gaming Plus fits in the lower end of the MSI Z370 Gaming lineup by taking away a few key items on the other boards. Notably, the only LEDs are the board are located on the back of the board and the audio separation line; they are also only red rather than full RGB. The theme is pretty specific, being black and red, so the red LEDs do match the aesthetic. Other notable changes include full-length PCIe slot count reduced to 2, as well as the VRM section trimming a few phases. For the most part, that only excludes users who wish to run three PCIe coprocessors. Regardless of the changes, it is still a well-appointed board.

The Gaming Plus is a standout aesthetically due to its permanent black and red design. A wave of thin red lines penetrate their way through the bottom third of the board through the PCI slots and up through the VRM heatsinks, looking like a laser show, but in red only. Additionally, the memory slots alternate black and red with both full-length PCIe slots donned in red. The Gaming Plus does have one RGB LED connector in case users want to add more red, or a bit more color to their case. 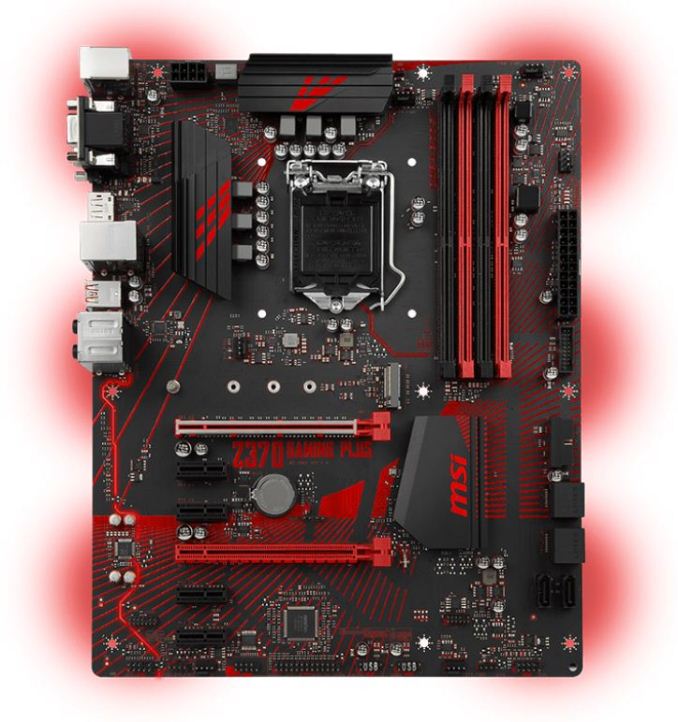 The board uses four memory slots with double sided clips, supporting 64GB at maximum capacity with speeds up to DDR4-4000. The Gaming Plus has two full-length PCIe slots, with the primary slot reinforced and running a full PCIe 3.0 x16 from the processor. The second full-length slot, in red, supports x4 connectivity from the chipset, along with four black PCIe x1 slots also on the board.

The board has the normal complement of six SATA ports. Four of the ports are oriented horizontal, while the other two directly next to them are vertical to the board. Other storage options include one M.2 slot fitting up to a 110mm module, and it supports both PCIe and SSD based devices. The board is wired so that SATA1 port is disabled when an M.2 SATA SSD is installed.

Users will find six 4-pin fan headers located throughout the board. Like its family up the product stack, hybrid PWM and Voltage control functionality is retained on the Gaming Pro. Audio functionality is handled by the last generation ALC892 codec, likely in an effort to save a few dollars. Network capabilities are handled through a single Intel I219-V Gigabit LAN controller and bandwidth management software. 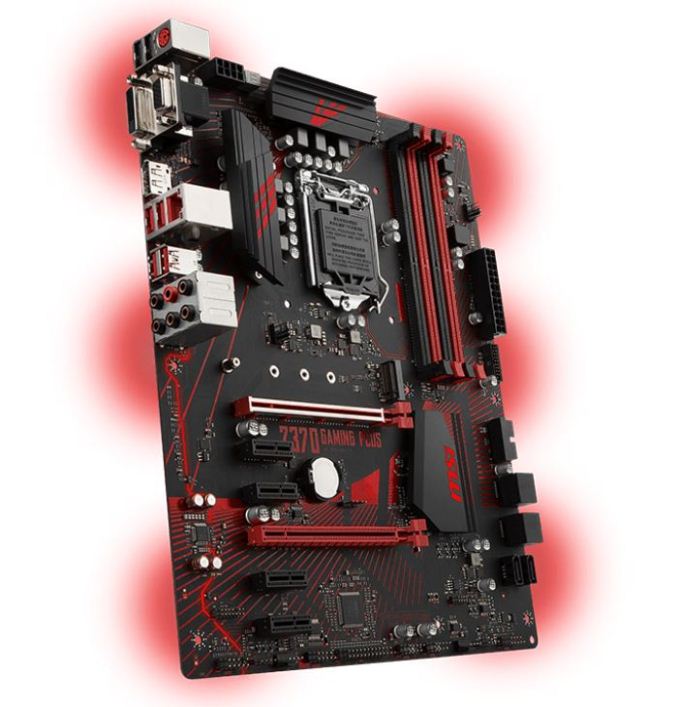 In another cost-saving effort, the Gaming Pro is without USB 3.1 (10 Gbps) support. Four USB 3.1 (5 Gbps) Type-A ports are found on the back panel, while four others are available through internal USB connectors. Additionally, there are six USB 2.0 ports with two Type-A located on the back panel and four more via internal connectors. Outside of the USB connectivity, the back panel IO consists of a combination PS/2 port, a trio of video outputs (DVI, D-Sub, and DisplayPort), the Intel network port, and the audio stack.