This section looks at how the Samsung Portable SSD T5 behaves when subject to real-world workloads. 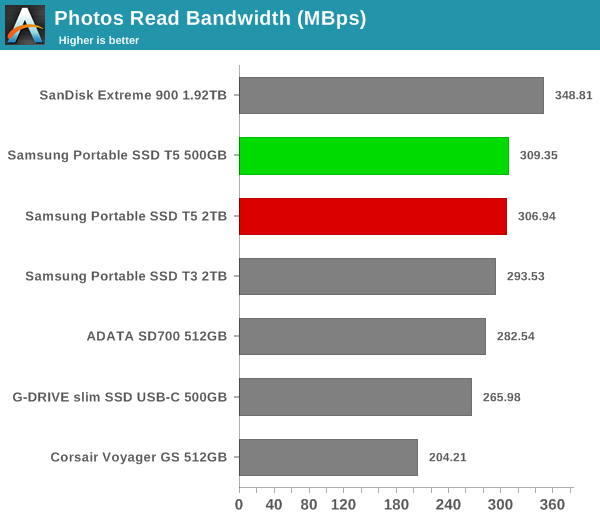 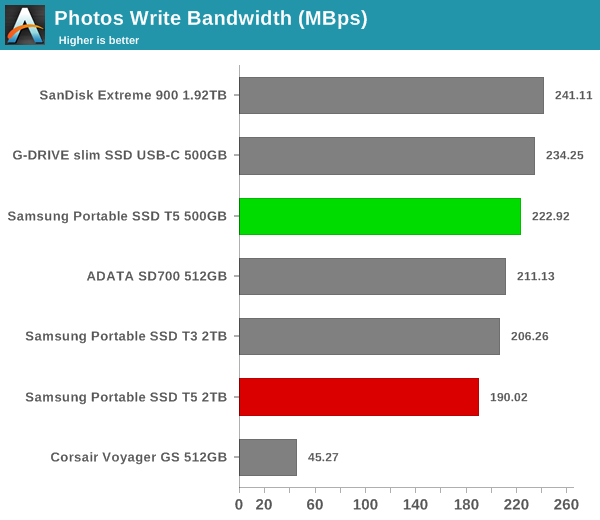 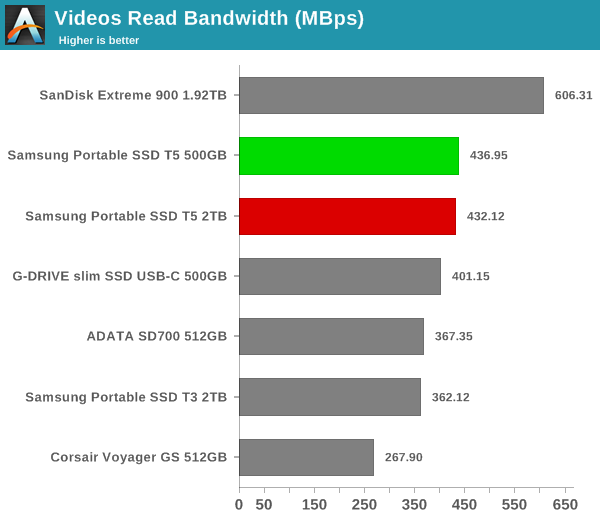 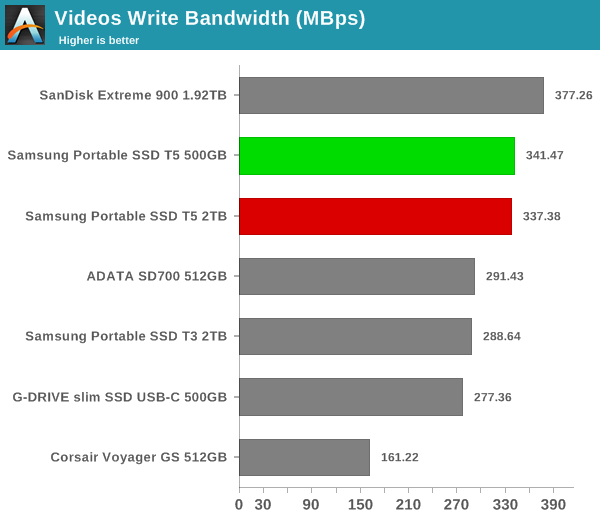 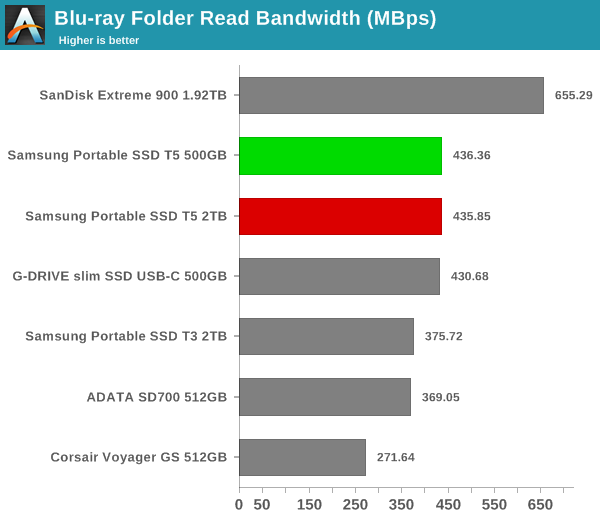 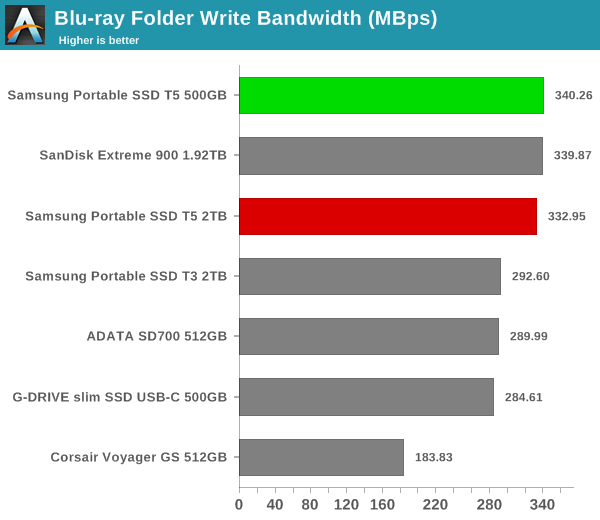 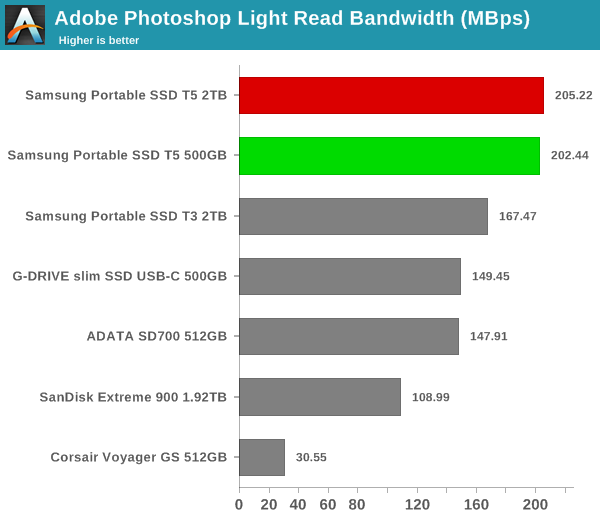 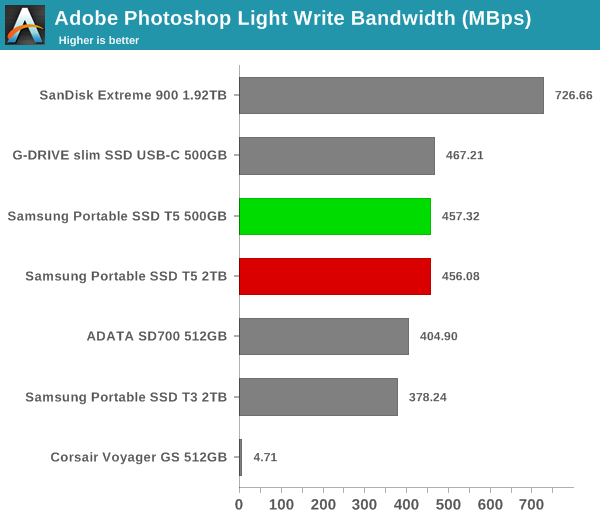 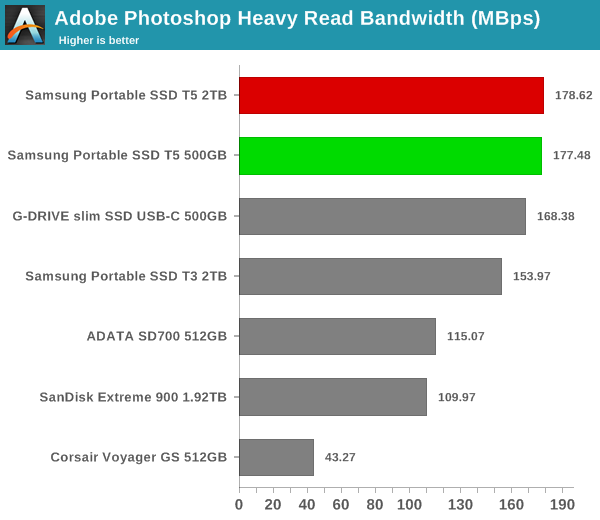 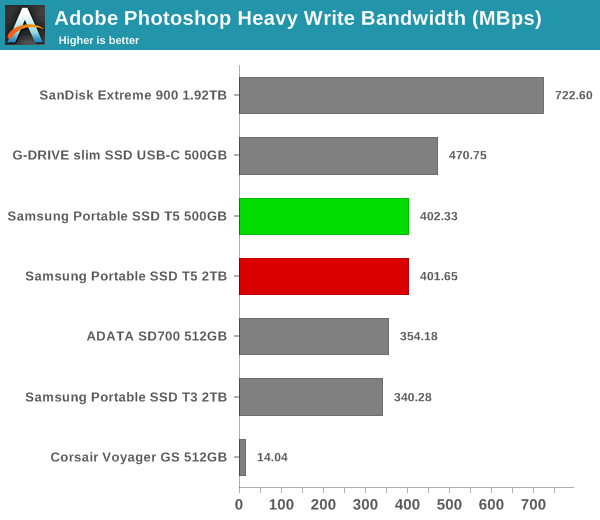 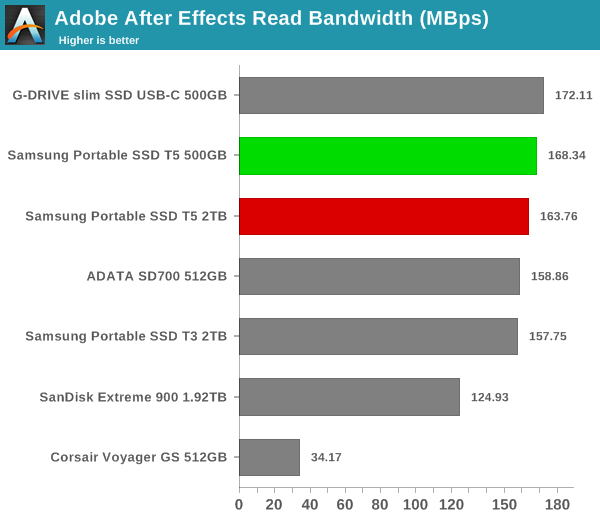 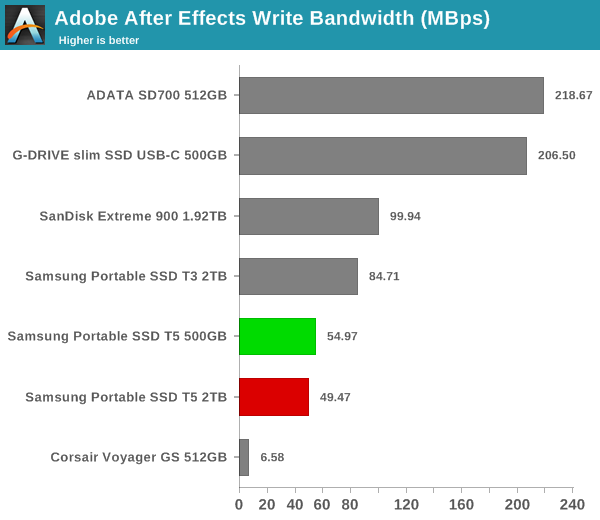 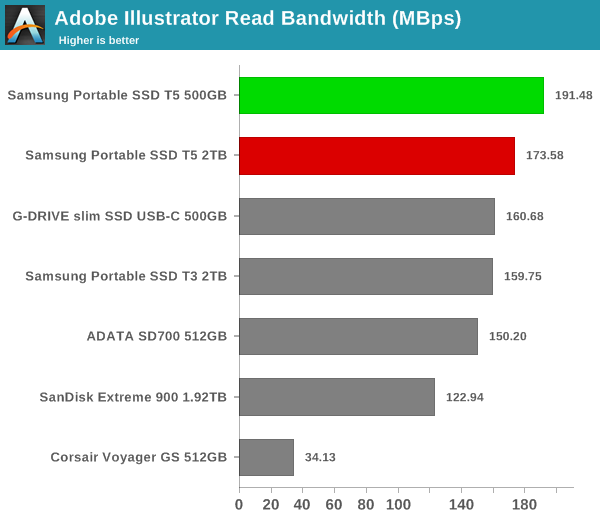 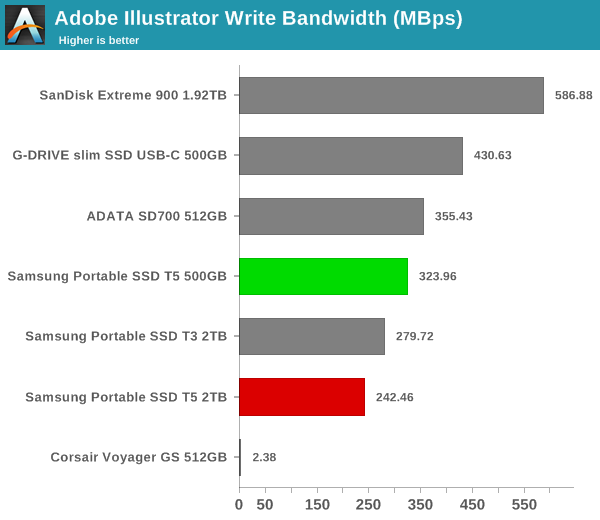 An important point to note here is that each of the first three blue and green areas correspond to 15.6 GB of writes and reads respectively. Throttling, if any, is apparent within the processing of the photos suite itself. We see no throttling in the T5, though the temperatures do run a bit more compared to the T3. 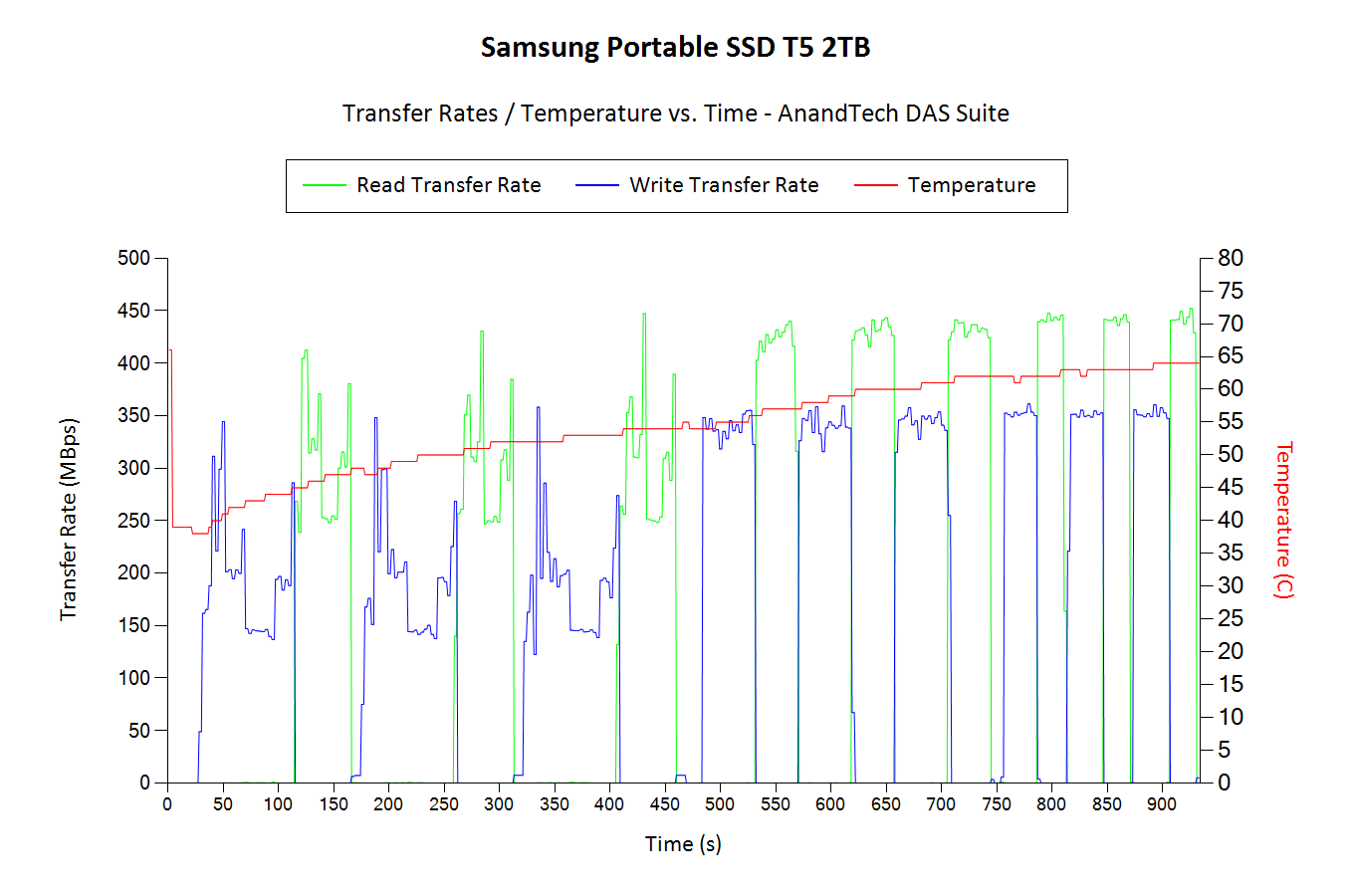 On the whole, the 500GB variant seems to hold a very slight edge in performance over the 2TB variant. In many of the workloads, the RAID-ed SanDisk Extreme 900 comes out on top. That said, both the T5 variants are consistent performers in our real-world benchmarks.