First up is a self-penned test using a monstrous PDF we once received in advance of attending an event. While the PDF was only a single page, it had so many high-quality layers embedded it was taking north of 15 seconds to open and to gain control on the mid-range notebook I was using at the time. This put it as a great candidate for our 'let's open an obnoxious PDF' test. Here we use Adobe Reader DC, and disable all the update functionality within. The benchmark sets the screen to 1080p, opens the PDF to in fit-to-screen mode, and measures the time from sending the command to open the PDF until it is fully displayed and the user can take control of the software again. The test is repeated ten times, and the average time taken. Results are in milliseconds. 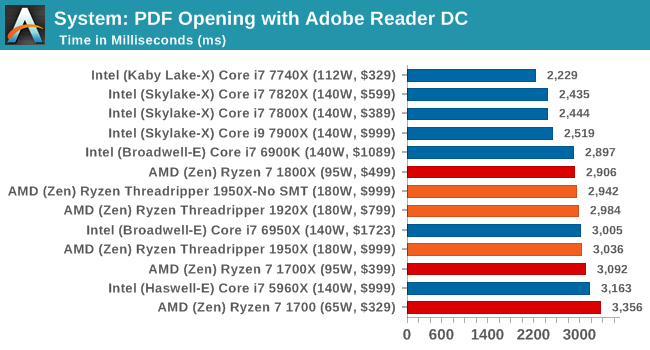 This opening test is single threaded, so the high-frequency Intel parts get a clear win. There's not much between the Threadripper CPUs here.

One of the more interesting workloads that has crossed our desks in recent quarters is FCAT - the tool we use to measure and visually analyze stuttering in gaming due to dropped or runt frames. The FCAT process requires enabling a color-based overlay onto a game, recording the gameplay, and then parsing the video file through the analysis software. The software is mostly single-threaded, however because the video is basically in a raw format, the file size is large and requires moving a lot of data around. For our test, we take a 90-second clip of the Rise of the Tomb Raider benchmark running on a GTX 980 Ti at 1440p, which comes in around 21 GB, and measure the time it takes to process through the visual analysis tool. 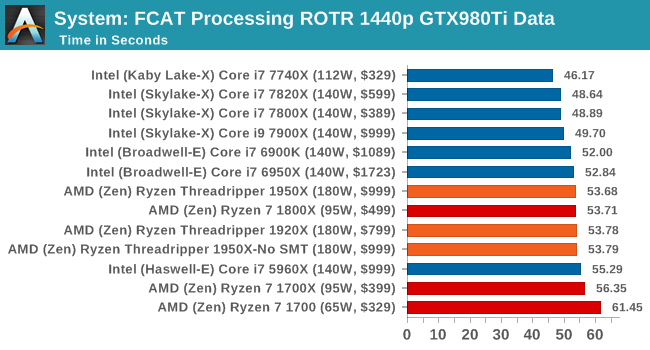 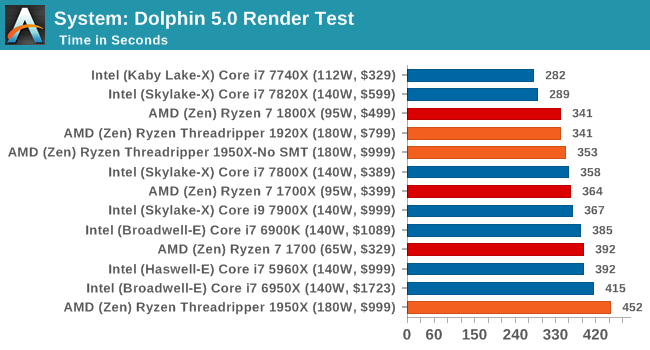 Dolphin likes single thread performance as well, although having some cores to back it up seems to be required. 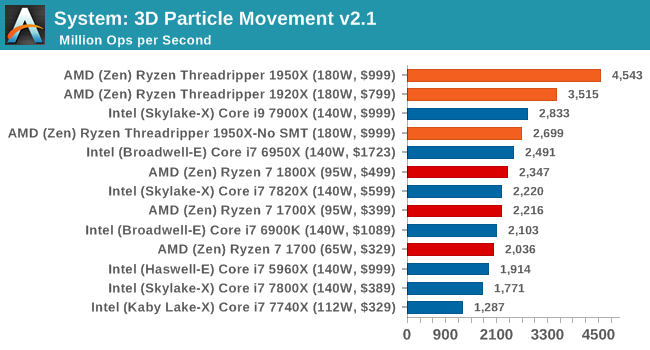 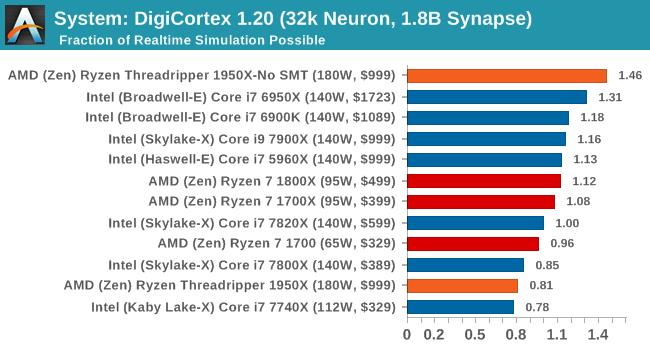 DigiCortex requires a mash of CPU frequency and DRAM performance to get a good result, and anything with quad-channel memory is usually preferred. The 1950X in SMT-off mode wins here due to its low main memory latency combined with having 16 threads to access it. The Broadwell-E is the nearest competitor, over Skylake-X, most likely due to the mesh vs ring topology. The 1950X in Creator mode scores way down the field however, lower than the standard Ryzen chips, showing that under a unified memory architecture there can be significant performance drops. The 1920X failed in this test for an unknown reason. 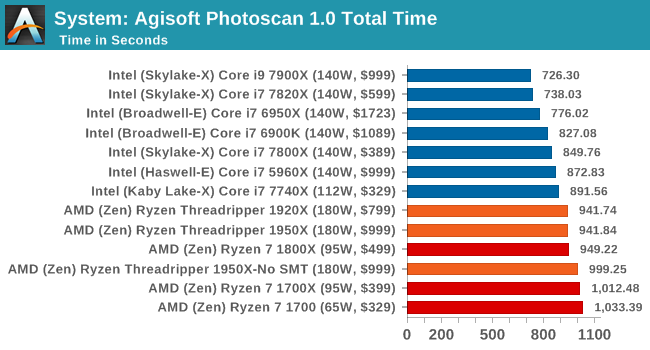 The variable threaded nature of Agisoft shows that in our workflow, it's a mix of cores, IPC and frequency required to win. AMD takes a back seat here, likely due to its AVX implementation.