Dell has made a lot of updates to the XPS 15 9560, with a new CPU, GPU, and larger battery all contributing to a better laptop. The exception here is the wireless, which is a Killer Wireless-AC 1535 2x2:2 card in the review unit. The XPS 15 9550 we reviewed featured a Broadcom 3x3:3 card, which was easily the best performing wireless solution we’ve had a chance to test. Broadcom has been bought out, and they’ve dropped some of their products altogether, such as cellular modems, but they do still offer wireless products, but for whatever reason, Dell has now switched to the same Killer NIC they use in the XPS 13. They do offer an Intel Wireless-AC 8265 as well, but we can only test what we have. 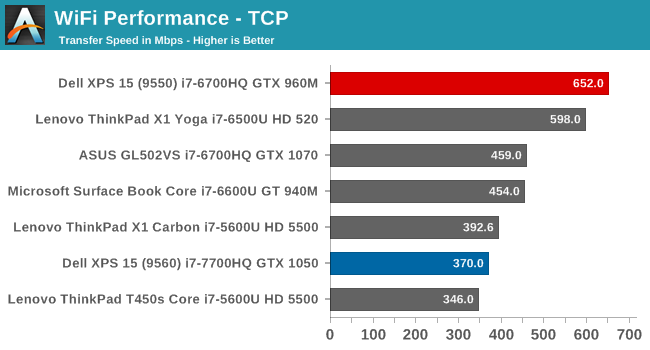 The Killer Wireless-AC 1535 is not our favorite wireless NIC, although it has gotten better with driver updates over the last year or so. Performance is generally ok with the NIC, although not class leading by any means, but stability hasn’t ever been its strong suit. During the initial setup of the XPS 15, Windows 10 attempted to download the Creators Update, but the wireless disconnected twice during this process, causing the update to fail. That happens far too often with this NIC, especially if the drivers are not up to date.

Another issue that Killer needs to get on top of is that its OEMs using its products don’t seem to have any motivation to ensure that they are offering their clients the latest version of the Killer software suite, which has improved quite a bit since the previous Windows 8 style app. The new app has been out for quite a while, but despite this, Dell is shipping the XPS 15 with the older version. 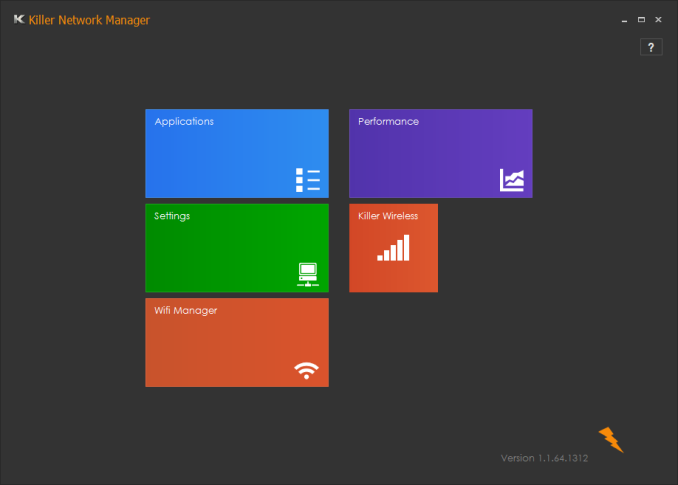 Killer is one of the few manufacturers to offer a MU-MIMO NIC, so there are advantages to it (although the Intel 8265 also offers this) but the performance and stability are not as solid as the Intel solution.

Compacting the XPS 15 with the Infinity Edge display could have been a cause for concern for performance, since there’s less internal room for fans and heatsinks, but as we saw with the previous generation, Dell has done the necessary engineering to allow full performance without any thermal throttling over time. To test this on the new XPS 15, we ran Dragon Age Inquisition for an extended time, and logged the temperatures and other statistics to file. 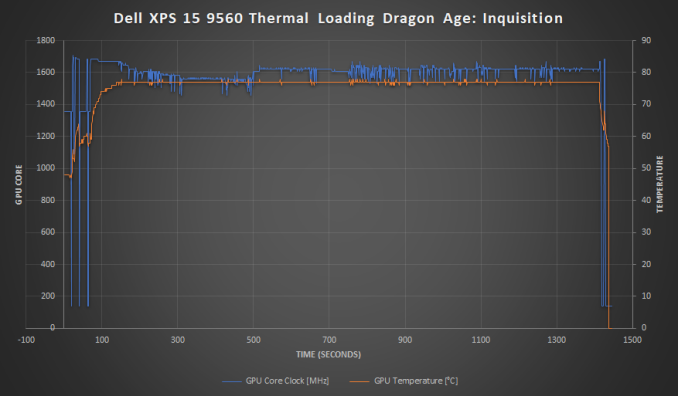 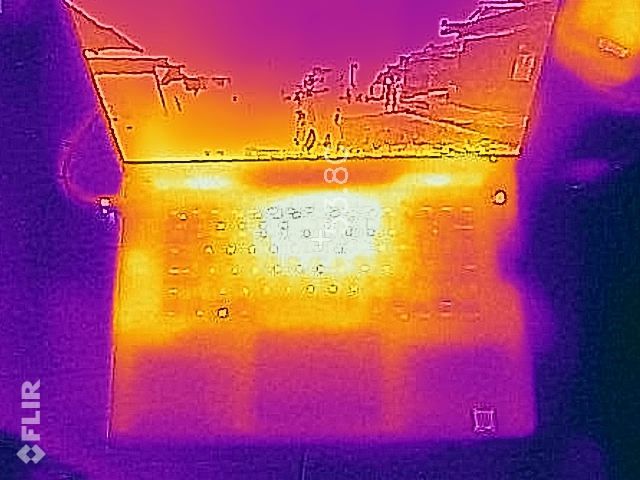 The XPS 15 with the NVIDIA GTX 1050 doesn’t have any throttling issues, even under maximum load for an extended period. The GPU temperature and frequency was incredibly stable throughout the test, at 77°C and 1202 MHz respectively.

The downside of good thermals is often noise, especially as laptops have gotten thinner and lighter. With a 45-Watt CPU, and discrete GPU, there’s a chance that good thermals will come at the expense of a loud laptop.

Luckily Dell has enough cooling capacity that it can be practically silent at idle, which isn’t the case for plenty of notebooks. If you like a quiet office, the XPS 15 would fit in well. Under load, the noise does ramp up, but it only gets to about 52 dB(A) with the SPL meter 1-inch over the trackpad. While plenty audible, for a notebook with a GPU, it is pretty reasonable.

Dell offers WAVES MaxxAudio Pro software to customize the audio experience, and it has a very nice interface to made adjustments to all aspects of the audio experience, with a great EQ and the ability to create and save profiles. It also lets you do some pseudo 3D affects to headphone audio. 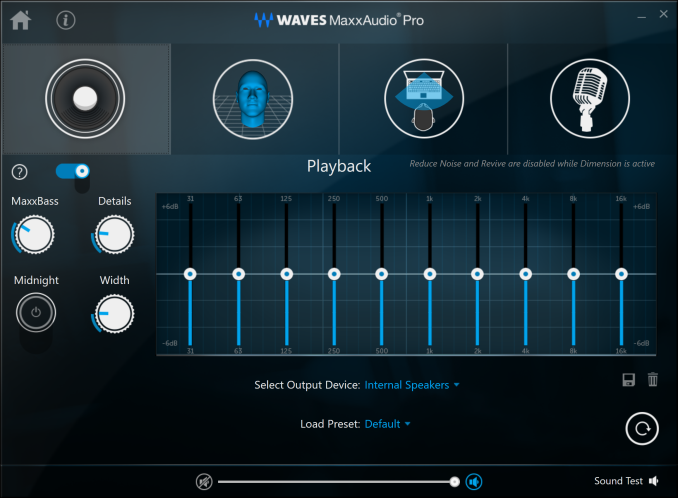 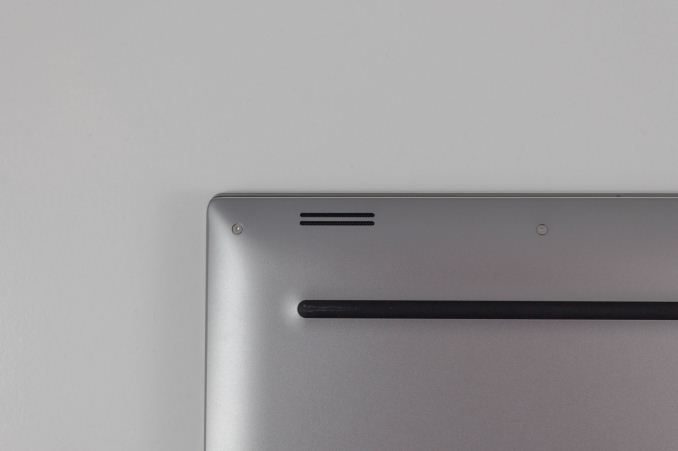 The speakers on the XPS 15 are located on the bottom of the notebook, near the front, and they offer plenty of volume. The system was peaking close to 90 dB(A) with the SPL meter 1-inch over the trackpad, making this one of the louder notebooks around. As with all portable computers, the frequency response is not ideal, with a noticeable lack of depth in the response.