By far the most interesting “T” Intel presented was Vanderpool Technology. Our enterprise users may be familiar with similar technology running on large scale supercomputers, and those linux users out there who want to run windows in a window via VMWare will also have a grasp of this.

Essentially, Vanderpool Technology is hardware virtualization for the desktop – allowing multiple users to use the same PC as if it were multiple PCs. The fact that this is a hardware implementation gives Intel a huge leg up on software like VMWare though. During Intel's demo of VT hardware, one user was able to watch a dvd while the other played a game, and even rebooted the computer and installed drivers, without interrupting the first. This technology enables a plethora of options that could really assist Intel in their digital home focus. This is one very good use for the incredible power today's desktop microprocessors are given, since you could buy one 4GHz PC and share its power among multiple independent users, each with their own OS, drivers and programs. 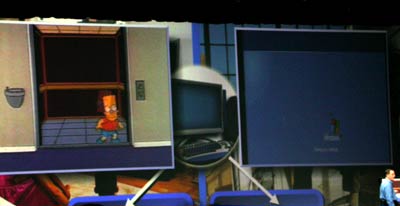