For high-end mobile systems, NVIDIA brings the GeForce FX Go5600 (NV31M), which is appropriately based on the GeForce FX 5600 (NV31), the specs of which can be found here. The specification of the Go version compared to its desktop big brother is virtually the same. As we cited in our preview, it is produced on a 0.13 micron process, is a full DX9 part, shares a number of similarities with the NV30, and consumes 1.0V while running. 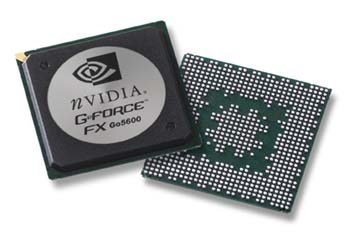