Launching the #CPUOverload Project: Testing Every x86 Desktop Processor since 2010

For each of the SPEC targets we are doing, SPEC2006 rate-1, SPEC2017 speed-1, and SPEC2017 speed-N, rather than publish all the separate test data in our reviews, we are going to condense it down into individual data points. The main three will be the geometric means from each of the three suites. 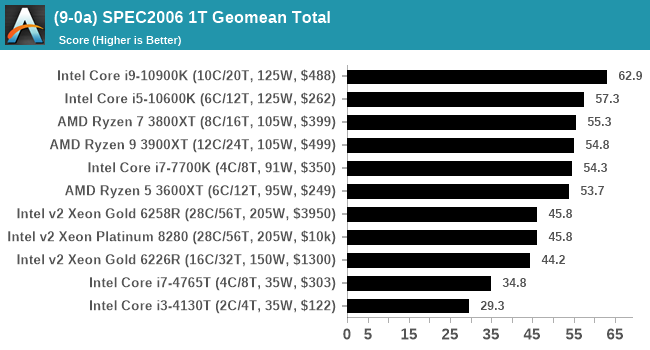 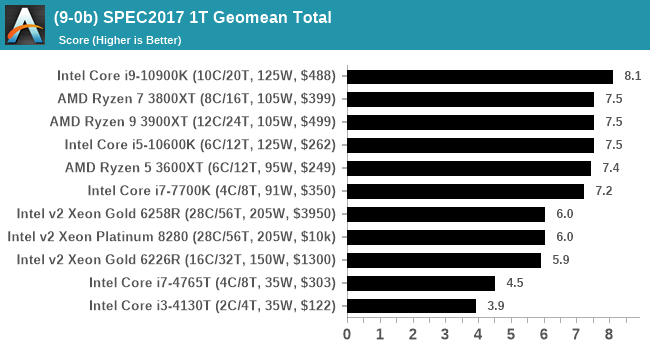 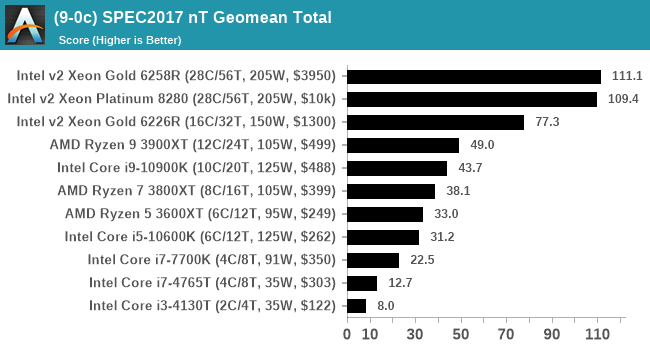 A fourth metric will be a scaling metric, indicating how well the nT result scales to the 1T result for 2017, divided by the number of cores on the chip. 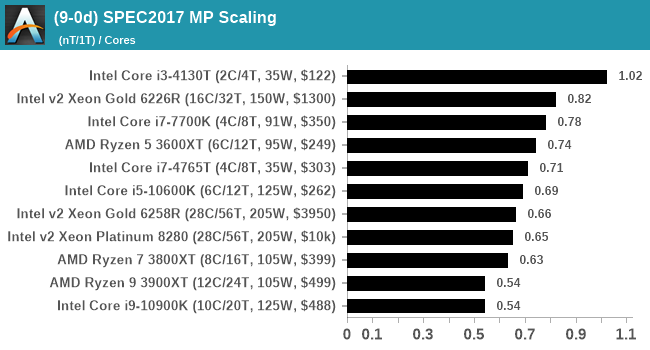 The per-test data will be a part of Bench.

Experienced users should be aware that 521.wrf_r, part of the SPEC2017 suite, does not work in WSL due to the fixed stack size. It is expected to work with WSL2, however we will cross that bridge when we get to it. For now, we’re not giving wrf_r a score, which because we are taking the geometric mean rather than the average, should not affect the results too much.