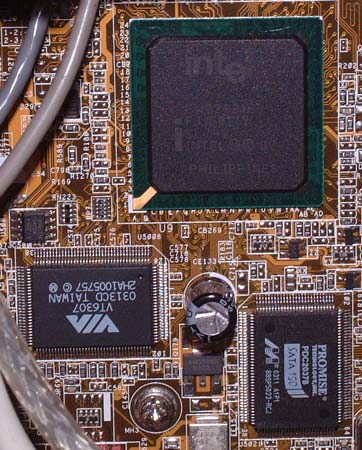 The P4C800-E Deluxe replaces the Intel ICH5 with the ICH5R. This adds the capability of Intel SATA RAID in addition to SATA RAID provided by the on-board Promise controller. With recent updates to the BIOS and Intel RAID drivers, the P4C800-E can support both Raid 0 (striping for performance) and Raid 1 (mirroring for security). 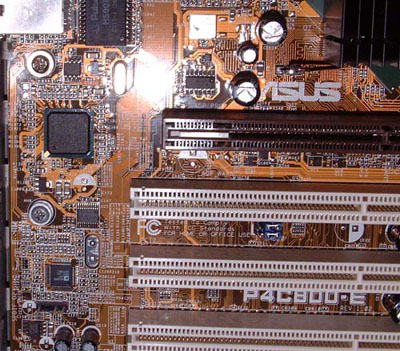 Intel’s CSA Gigabit LAN replaces 3Com on the “E” revision. This PRO1000 chipset moves LAN off the PCI bus and provides communication with the chipset and CPU on a dedicated communications bus.