The latest edition of Rockstar’s venerable series of open world action games, Grand Theft Auto V was originally released to the last-gen consoles back in 2013. However thanks to a rather significant facelift for the current-gen consoles and PCs, along with the ability to greatly turn up rendering distances and add other features like MSAA and more realistic shadows, the end result is a game that is still among the most stressful of our benchmarks when all of its features are turned up. Furthermore, in a move rather uncharacteristic of most open world action games, Grand Theft Auto also includes a very comprehensive benchmark mode, giving us a great chance to look into the performance of an open world action game. 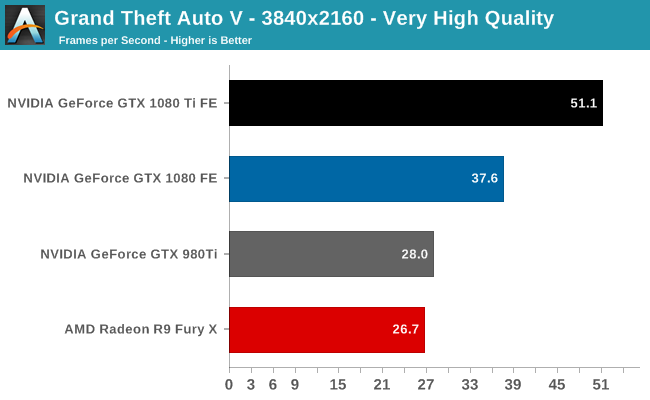 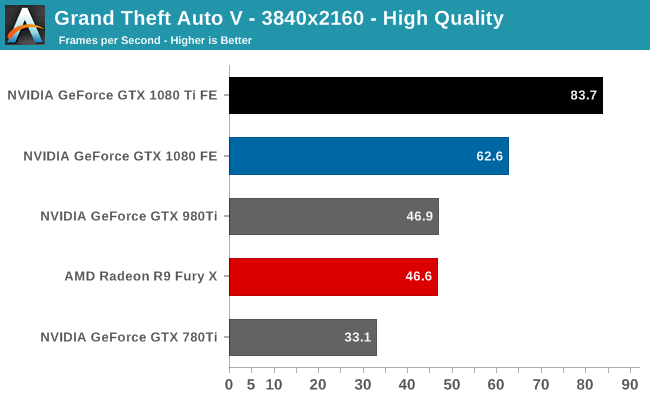 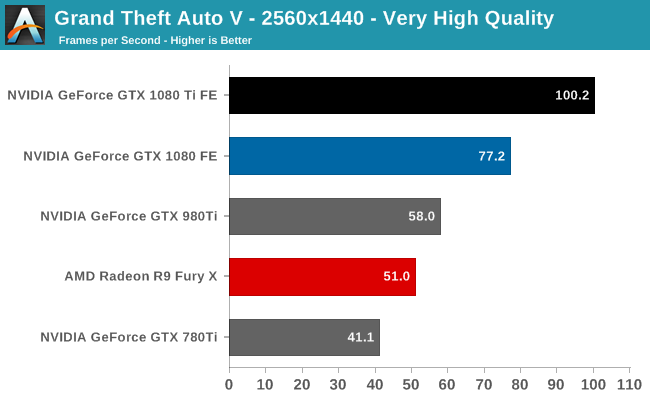 Grand Theft Auto V is another game where the GTX 1080 Ti won’t quite reach 60fps at 4K with all the bells & whistles, but it gets close in doing so. Given that this was originally a console game that ran at 30fps, 51.1 should make a lot of people reasonably satisfied, but there’s always room for improvement.

Relative to the GTX 980 Ti, this is actually the GTX 1080 Ti’s best game; it picks up a better-than-average 83% in performance. I suspect that GTAV is an outlier that is especially memory bandwidth sensitive, benefitting from the combination of a raw 44% increase in memory bandwidth from the previous generation, and NVIDIA’s improved memory compression technology on the Pascal architecture. 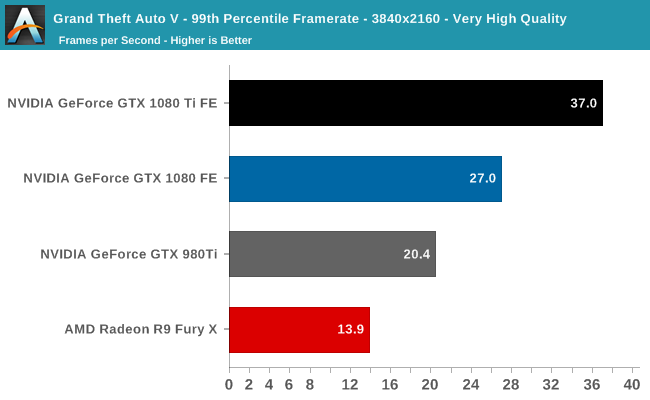 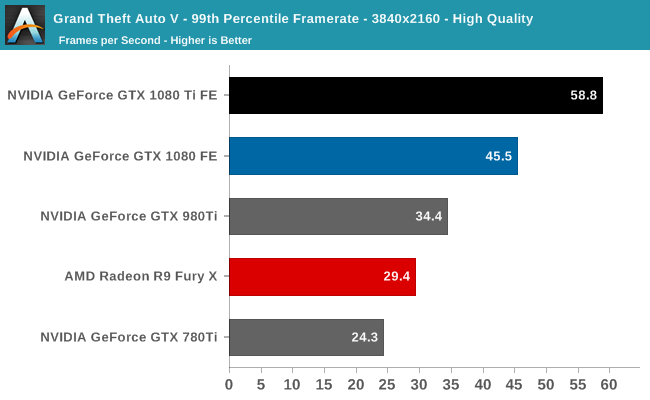 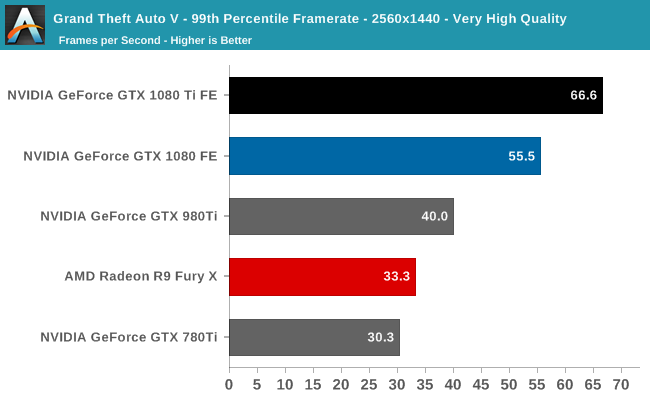