The oldest web-based benchmark in this portion of our test is SunSpider. This is a very basic javascript algorithm tool, and ends up being more a measure of IPC and latency than anything else, with most high performance CPUs scoring around about the same. The basic test is looped 10 times and the average taken. We run the basic test 4 times. 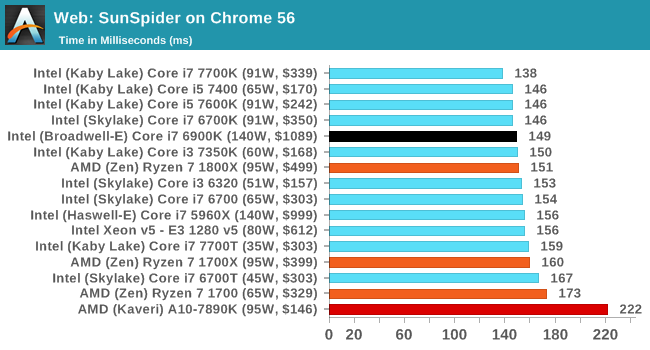 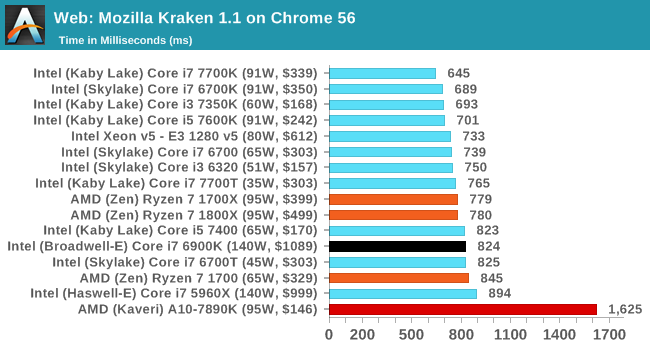 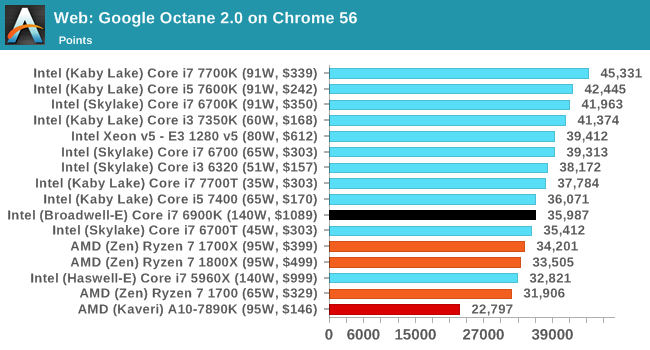 While the previous three benchmarks do calculations in the background and represent a score, WebXPRT is designed to be a better interpretation of visual workloads that a professional user might have, such as browser based applications, graphing, image editing, sort/analysis, scientific analysis and financial tools. Web2013 is the older tool, superceded by Web2015, however both still are highly relevant for high-performance web applications today. 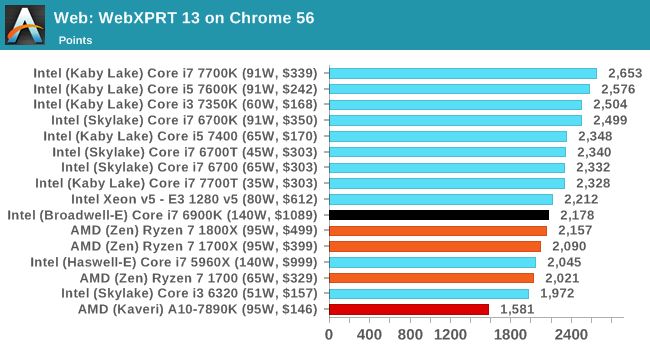 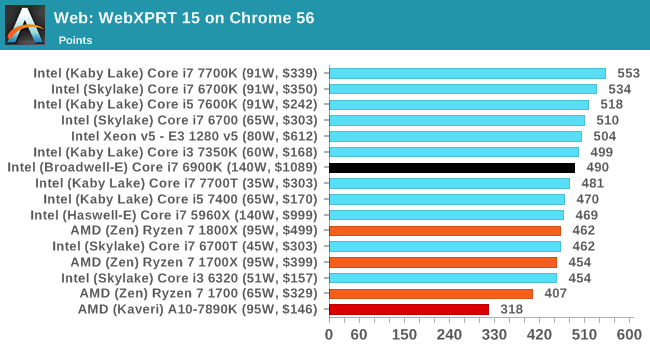