At this point we've discussed the basics of the iPod, but what about the new iPod? We'll split the discussion of the new iPod into two categories - hardware and software. The reason for this is because a number of the improvements of the new iPod come in the form of its upgraded firmware, which in theory should be able to run on the old iPods as well, whereas the hardware improvements can't possibly be added to the old iPods. Apple has not yet released the new iPod's firmware for use on the older models, and it's debatable as to whether or not they will (they have no good reason to). 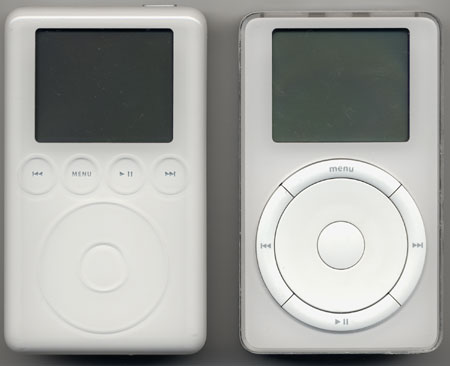 The smaller dimensions are made possible mostly through a smaller battery, a comparison of which you can see below: 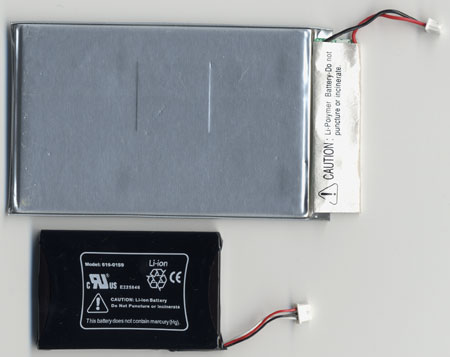