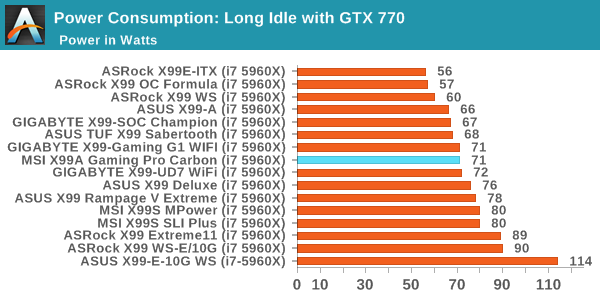 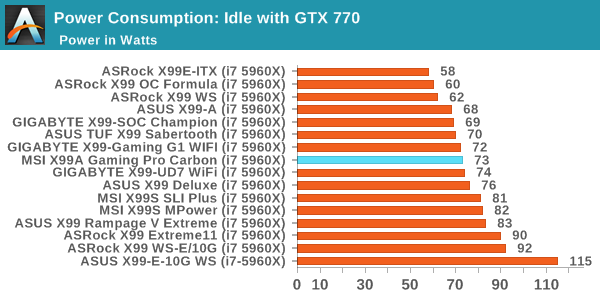 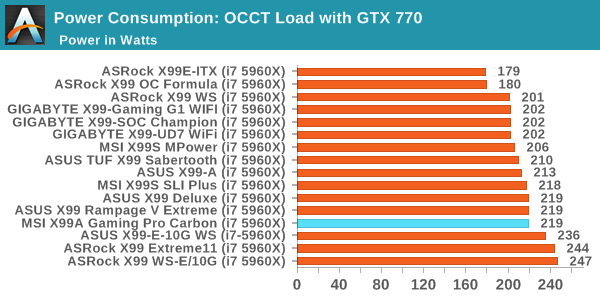 The MSI falls fairly mid-range on power consumption, but at the top-middle of the stack when run at full force. 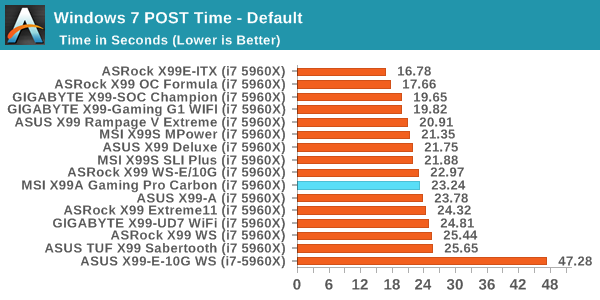 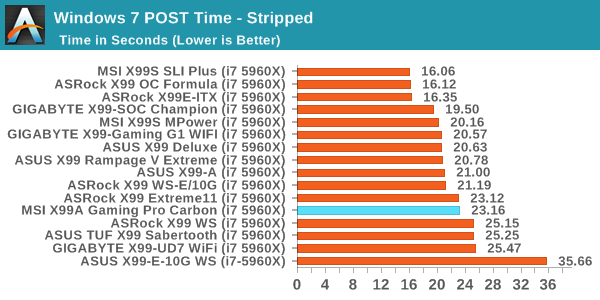 X99 has always been fairly odd with POST times, with only a few boards getting under 20 seconds. The MSI sits between that 20-25 boundary where most X99 boards seem to be. 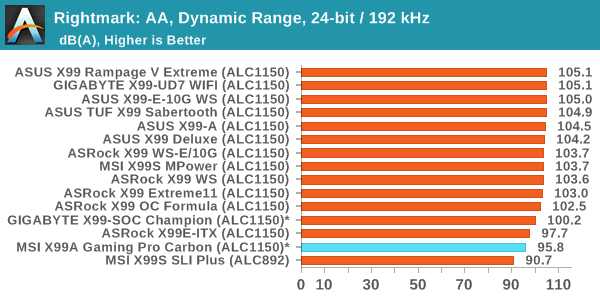 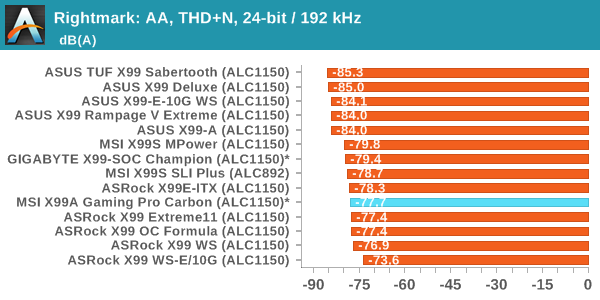 Despite the use of the ALC1150, the bundled Nahimic software and driver setup can not be switched off altogether. As a result we don't particularly get a clear reading on the core audio hardware performance. 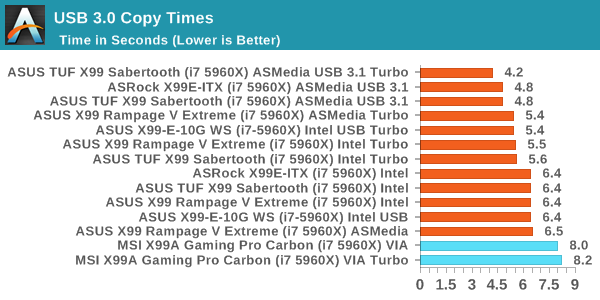 The VIA VL805 hub used for the rear panel USB 3.0 ports adds in overhead for our copy test. The fact that the Turbo mode gave a lower score is cause for concern as well. 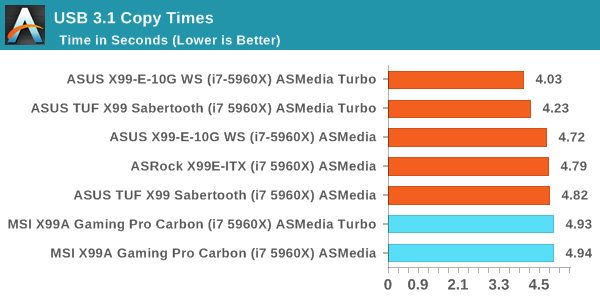 MSI's USB 3.1 speeds were at the back of our newer test on the X99 refresh boards, but only by a small margin. 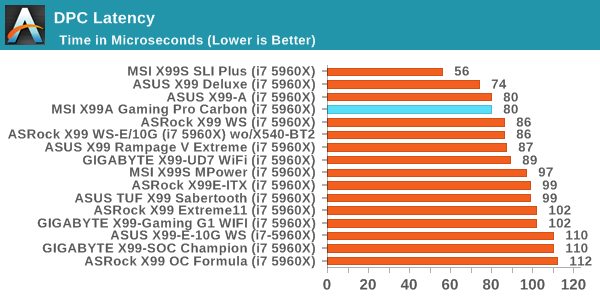 The last platform to get truly low DPC latency numbers on most of the boards was Z97, but X99 is close. Almost all the X99 motherboards we have tested get under 100 microseconds, and MSI seems to be understanding their results in this test over time.