As we can see from their performance tables, the ST30SF and the ST45SF both display very good power quality figures for PSUs of their class. The filtering figures of the ST30SF are better, with a maximum ripple of about 42 mV on the 12V line under maximum load. The ST45SF reached up to 64 mV on the 12V line under maximum load, but that was to be expected given its much higher output. If we were to compare the two units on a per-watt basis, the ST45SF does deliver better power quality figures, which is to be expected considering its more capable electronic components. The voltage regulation of both units is almost identical, with an average of about 1.7% on the 3.3V/5V lines and 1.9% on the 12V line.

Even though SilverStone rates the new revision models at 40 °C, they had no problem reaching their maximum power output inside our hotbox. Unexpectedly, their energy conversion efficiency dropped only very slightly as well, with the average nominal load (20-100%) efficiency dropping down to 85.6% and 85.8% for the ST30SF and the ST45SF respectively. We would expect the impact to be much higher considering their design and the very high temperatures, but both units proved us wrong. 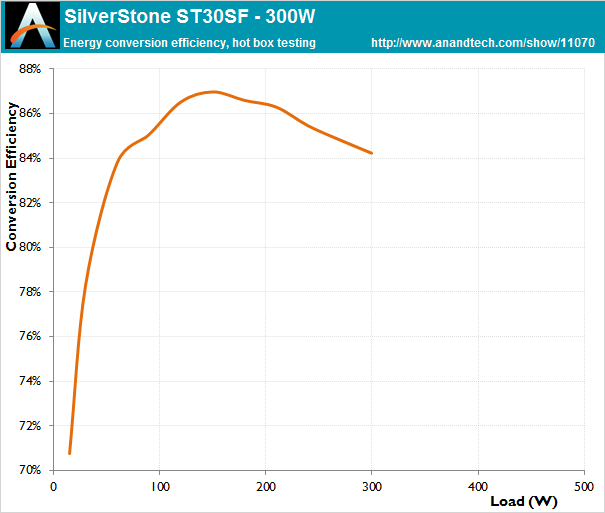 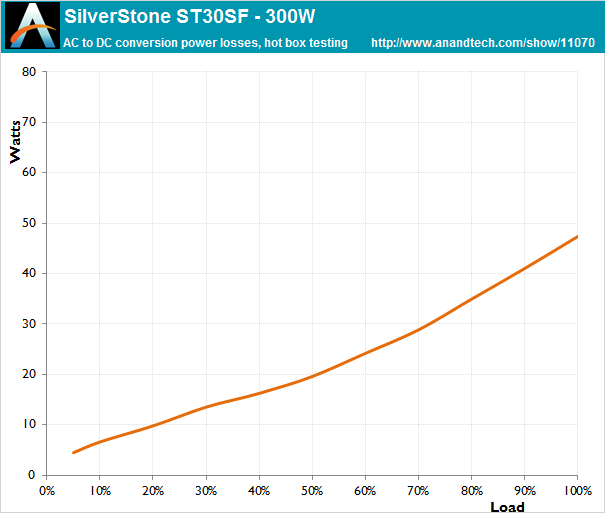 The low impact of the high temperature on the efficiency of the units hints that the active components of both units are significantly oversized for their design and power rating and could, in theory, sustain their power output with an ambient temperature of 50 °C. The operating temperatures however are very high, with the ST30SF reaching temperatures of nearly 92 °C under maximum load and the ST45SF a few degrees higher than that. 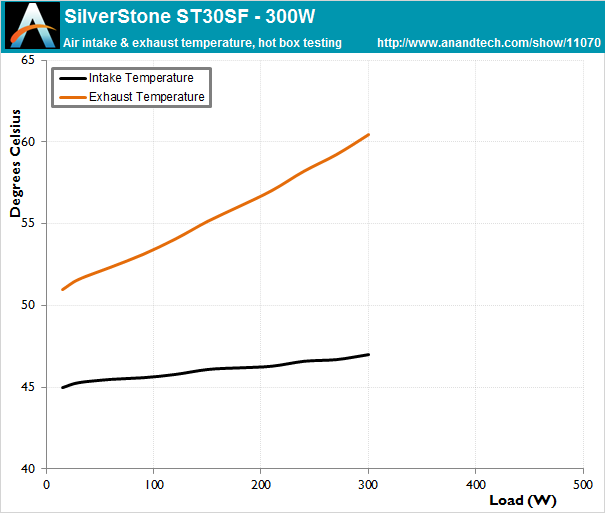 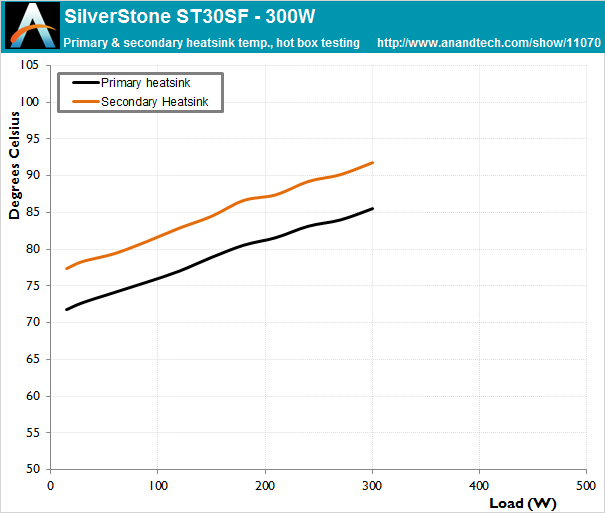 Under such operating conditions we can see that the fans of both units shoot up to their maximum speed before the units even reach 50% of their rated maximum power output. The ST45SF reached a maximum sound pressure level of about 56 dB(A), higher than the 52 dB(A) of the ST30SF, due to its more powerful fan. The more powerful fan proved to be more than a necessity, as the ST45SF can barely maintain nominal operating temperatures when heavily loaded. 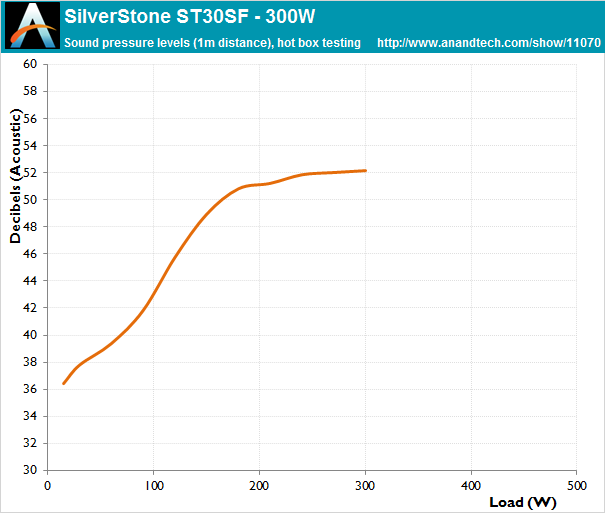