Turning a Server Board into a Desktop Solution

As we mentioned in the introduction to this piece, our biggest limitation was that the slow on-board graphics of the server motherboards we were using would not only prevent us from running any sort of 3D tests, but it would also significantly slow down 2D application performance. 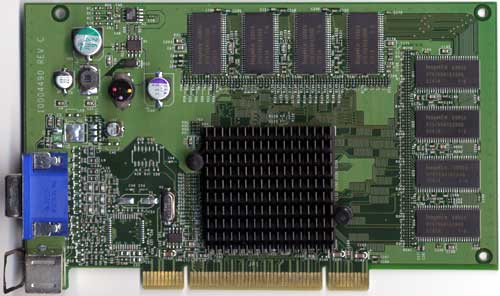 The PCI GeForce4 MX 440 was our video card of choice

Without an AGP slot, we were left with one option - to use a PCI video card. The GeForce4 MX 440 is available in a PCI version, and thus we equipped all of our test beds with the card. Since the focus of this review is on the overall CPU performance, running our gaming tests at 640x480 would not only serve our purpose of limiting the video bottleneck but it would also be a reasonable tradeoff to make as we are interested solely in CPU performance. If you remember, up until the release of the GeForce4 Ti 4600 and the Radeon 9700 Pro, almost all of our gaming tests for CPU reviews were conducted at 640x480.