Here we report the overall time to complete the test – sub-test results can be found in Bench. 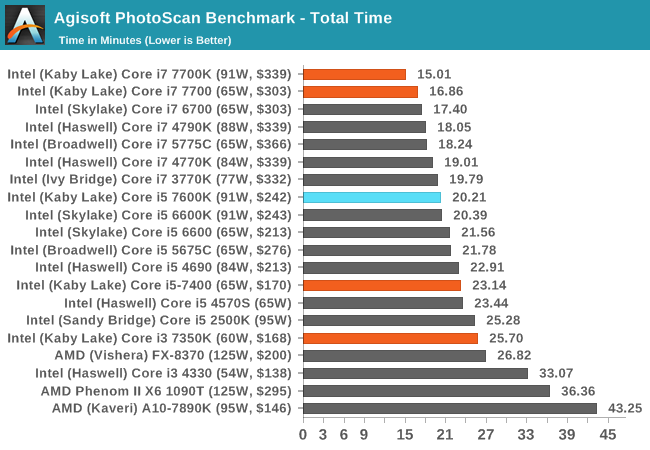 The Core i5-7600K does well in the sub-tests that are more IPC dependent, but there are more sub-tests that revolve around threads and frequency and pure single-core grunt. As a result the i5-7600K pretty much matches the i5-6600K for performance. 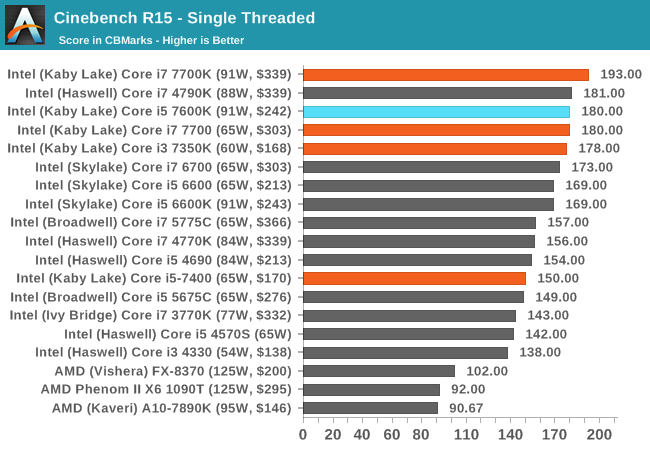 All the Kaby Lake processors seem to do well in CB15 single threaded performance, given that all the K-processors can reach 4.2 GHz or higher one way or another. This puts the i5-7600K on par with Devil’s Canyon when we factor in the IPC change as well. 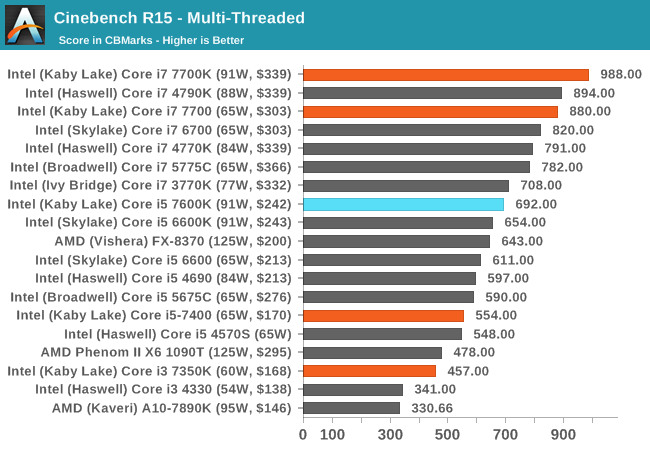 Common consensus is that CB15 scales with threads, however the Core i5-7600K sits above the Core i7-2600K thanks to frequency and IPC gains over the years. 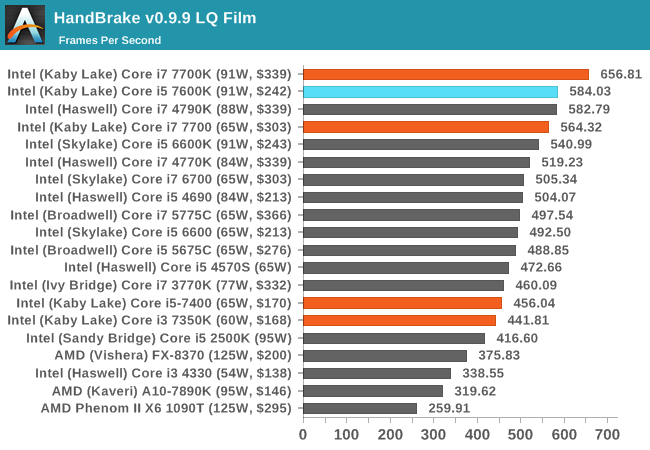 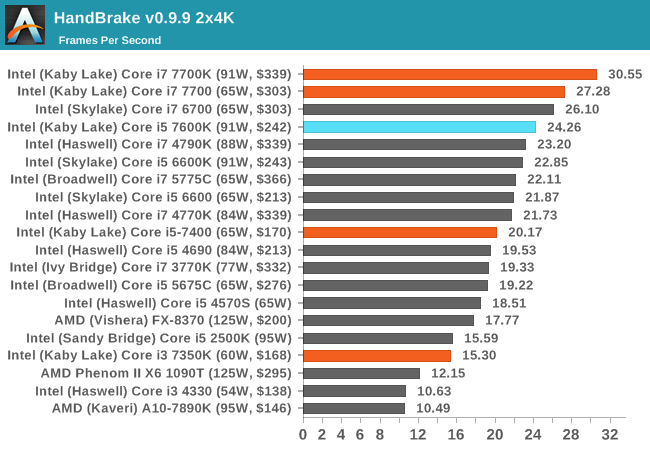 Both the HandBrake tests essentially mirror what we saw in CB15 – the Core i5-7600K is there or thereabouts when frequency is the main factor, and when we stick a register-heavy threaded situation in the path, the effect from not having hyperthreading compared to the Core i7-7700K is relatively muted – in this case the i7 is only +20% performance over the i5, despite costing nearly 50% more. 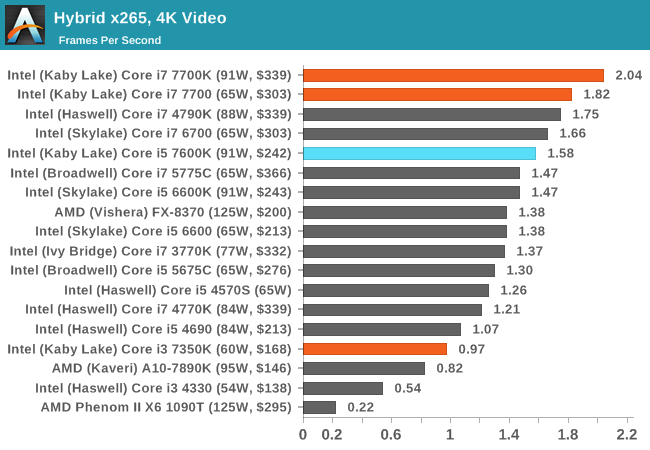 Our Hybrid test is somewhat similar to the HandBrake HQ test, showing the fact that heavy threads reduce the efficacy of hyperthreads.