At AnandTech, I’ve taken somewhat of a dim view to pure synthetic tests, as they fail to be relatable. Nonetheless, our benchmark database spans to a time when that is all we had! We take a few of these tests for a pin with the latest hardware.

The R10 version of Cinebench is one of our oldest benchmarks, with data going back more than a few generations. The benchmark is similar to that of the newest R15 version, albeit with a simpler render target and a different strategy for multithreading. 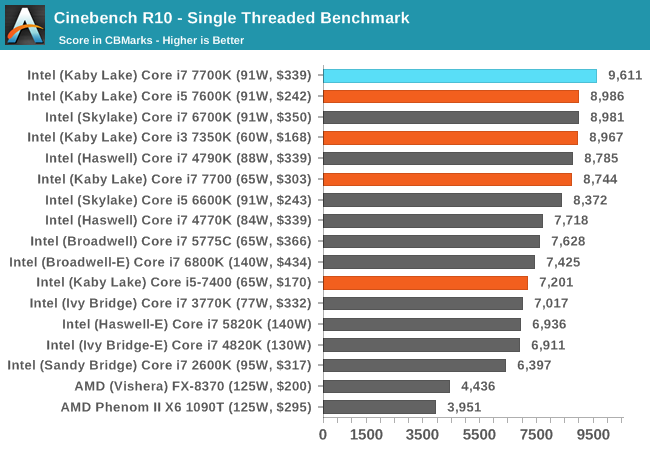 For a few years I was under the impression that CineBench’s workload was not amenable to more IPC increases, as we hovered around 7000 pts with new microarchitectures not making much of a difference. Being high frequency the i7-7700K pulls out a lead here, but it’s worth noting that Kaby Lake as a whole scores well, perhaps indicating that other features (such as frequency speed changing) can help. 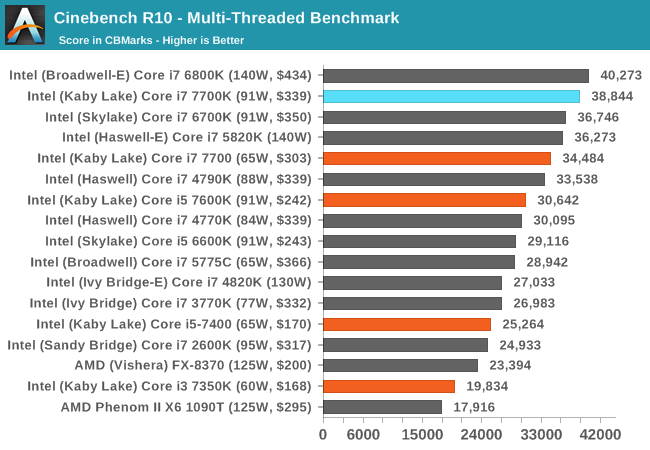 The multithreaded test gives different results, as this test typically prefers many cores. Rather than the new Cinebench tests dividing the scene up into over a hundred pieces (depends on threads), CB10 purely divides the scene into exactly how many threads are present. If a thread finishes early, it will try and cut the work of another thread in half. This sort of approach to multithreading has a different approach to frequency, cores and IPC, hence why R11.5 and R15 do bigger separations with core workloads.

CB11.5 has been popular for many years as a performance test, using easy to read and compare numbers that aren’t in the 1000s. We run the benchmark in an automated fashion three times in single-thread and multi-thread mode and take the average of the results. 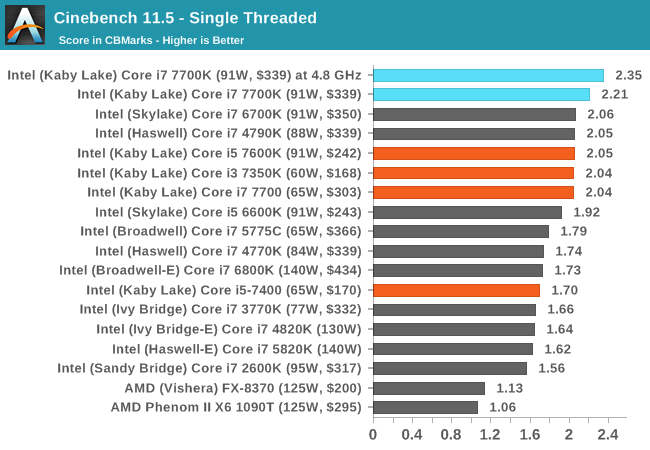 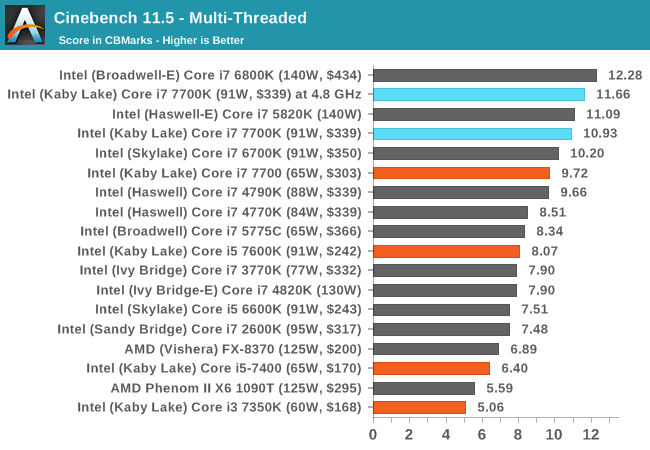 Similar to other tests, the i7-7700K takes the single thread crown, again beating an overclocked Devil’s Canyon i7-4790K, showing the out-of-the-box performance. Again, Kaby Lake as a whole seems to do well here, thanks to 4.2 GHz turbo modes on the i5-7600K and i3-7350K.

As an open source compression/decompression tool, 7-zip is easy to test and features a built-in benchmark to measure performance. As a utility, similar to WinRAR, high thread counts, frequency and UPC typically win the day here. 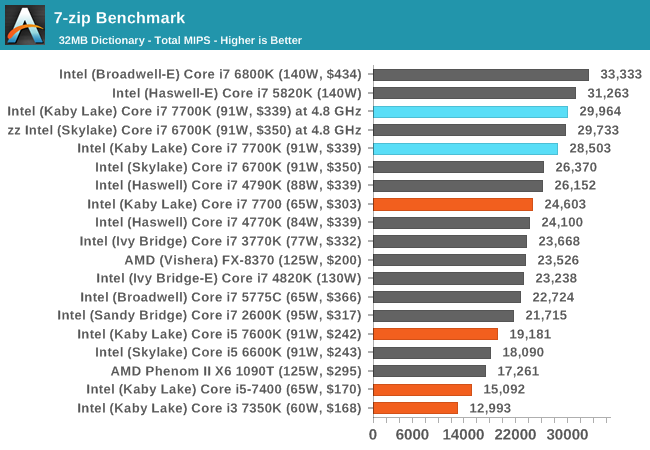 The Core i7-7700K shows the benefits of frequency over a stock i7-6700K, however at the same frequency they perform roughly the same as expected.

Ray-tracing is a typical multithreaded test, with each ray being a potential thread in its own right ensuring that a workload can scale in complexity easily. This lends itself to cores, frequency and IPC: the more, the better. 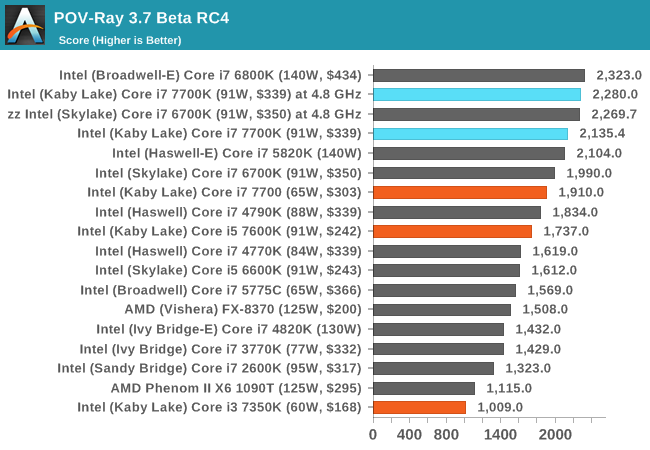 Despite TrueCrypt no longer being maintained, the final version incorporates a good test to measure different encryption methodologies as well as encryption combinations. When TrueCrypt was in full swing, the introduction of AES accelerated hardware dialed the performance up a notch, however most of the processors (save the Pentiums/Celerons) now support this and get good speed. The built-in TrueCrypt test does a mass encryption on in-memory data, giving results in GB/s. 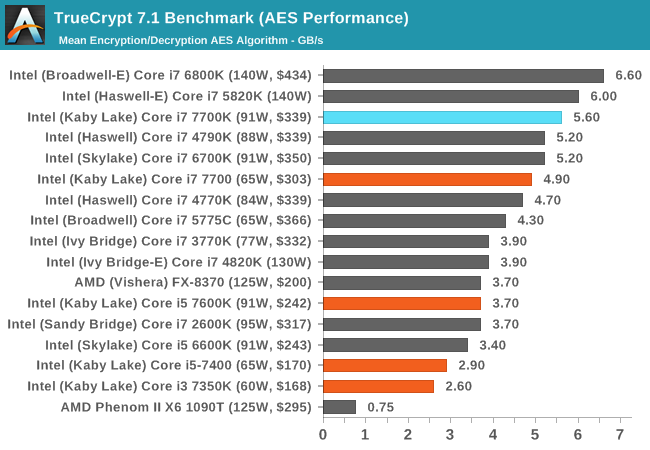 The encryption benchmark loves both threads and memory bandwidth, so we see the extreme processors pull out large leads due to 6+ cores and four memory channels. However, we see a similar picture as before to the Devil’s Canyon part: an out-of-the-box Core i7-7700K will beat an overclocked Core i7-4790K at 4.7 GHz.