In drawing this investigation to a close, we once again wish to reiterate that the best way to extend the reach of a home network is to wire up the house with Cat 6 and have a few judiciously placed enterprise access points. Mesh Wi-Fi systems such as the Netgear Orbi are a more consumer-friendly alternative for the latter part. Wi-Fi devices can easily outnumber wired clients in a typical home network. Therefore, depending on the size of the house, multiple access points may be needed.

Consumers with minimal number of wired clients should just opt for the Netgear Orbi. With 3x3 clients being quite uncommon, the 2x2 client-side configuration of the routers and satellites is not a big deal. The important aspect is the 4x4 backhaul that emerges as the best performer in our evaluation. In our opinion, Netgear's Orbi combines the best of both worlds - interesting mesh Wi-Fi features to address the current hot topic in the Wi-Fi market, along with effective performance and reach for covering large areas and a large number of simultaneously active wireless clients. 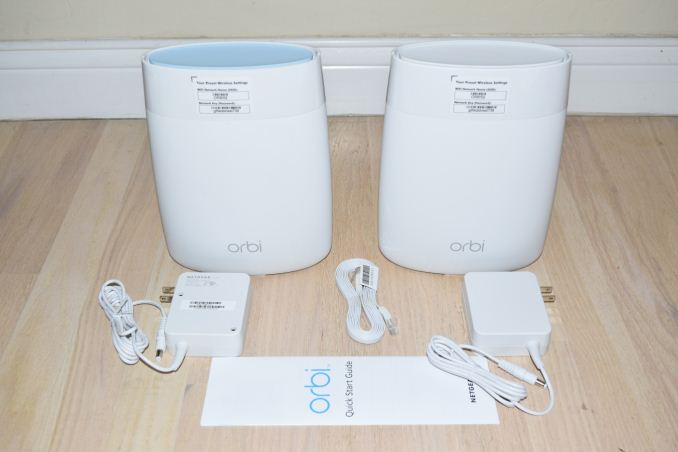 The Netgear Orbi kit (one router and one satellite) is currently available for $380.

The benchmarks processed as part of this article gave us a chance to compare the performance of G.hn against AV2 2000-class HomePlug AV2. The D-Link DHP-P701AV managed to outscore the ARRIS SBX-1000P in most locations. However, with AV2 2000, HomePlug is already at the frequency limits as mandated by the specifications (85 MHz). Marvell indicated that they have the second-generation G.hn kits currently under trial with several service providers, and delivering a good jump in performance. However, if one is shopping for the best performing powerline networking kit in the market, we have to recommend AV2 2000-class adapters such as the D-Link DHP-P701AV ($129 for a kit of 2).

Beyond the traditional problem of Wi-Fi dead spots, some consumers also need to support multiple rooms with multiple wired clients. In such cases, a mesh Wi-Fi system doesn't fit the bill. Short of a fully wired network, the best bet is a powerline network with wired extenders in each room with a wired client. Certain nodes can be powerline-backed wireless access points. This market niche is very effectively targeted by the ARRIS SURFboard lineup with RipCurrent (G.hn) technology. The lineup includes multiple routers and a wired network extender (SBX-1000P) as well as a wireless access point backed by a power line backhaul (SBX-AC1200P). 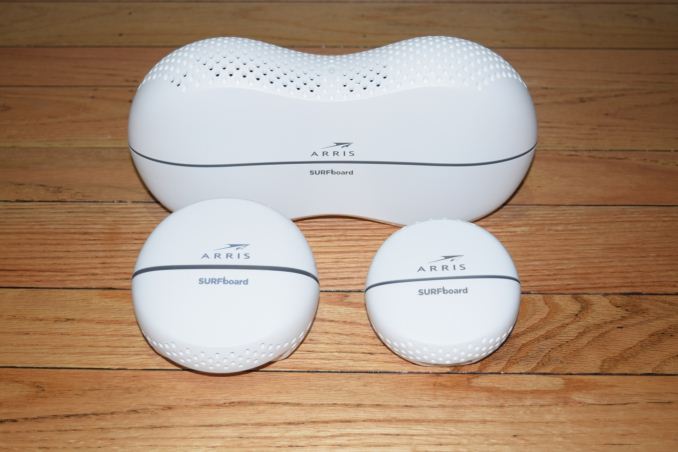 It is likely that standalone range extenders or powerline kits can yield better performance compared to the current ARRIS SURFboard lineup. However, the main selling point is the integration and ease of use of the whole package, with additional extenders being added in a seamless manner to the network. The kit used in this review currently retails on Amazon for $330 (SBR-AC1900P ($180), SBX-1000P ($60), and the SBX-AC1200P ($90)). For the price, it is arguably more versatile in terms of delivering wired nodes to more rooms compared to mesh Wi-Fi systems.

Our investigation of various backhauls for extending home networks have led us to conclude that the mesh Wi-Fi scheme (as implemented by the Netgear Orbi) emerges as the best bet. However, note that this was in a single-level detached California residence (no brick walls or concrete). It is possible that a different scenario could prove detrimental to Wi-Fi signals and make powerline backhauls more efficient. It must also be noted that different consumers have different needs when it comes to extending the reach of home networks. There is no single solution that fits every scenario, and it definitely helps to have different approaches in the market such as the G.hn solution offered by ARRIS.