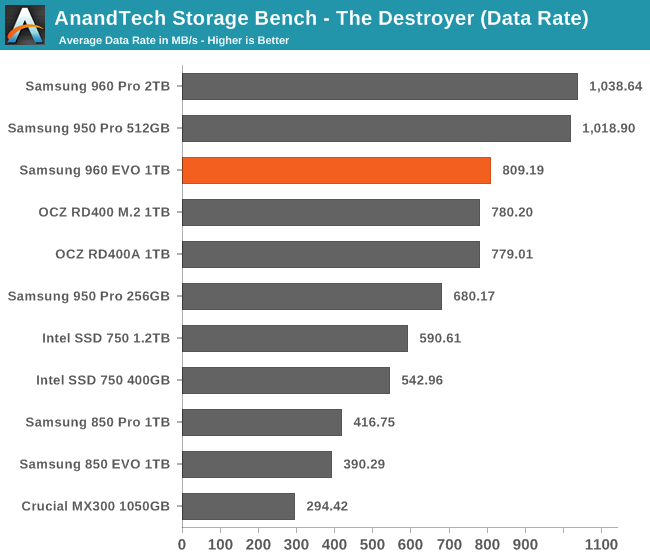 The 960 EVO is substantially slower than both the 950 Pro and 960 Pro, but the 960 EVO is faster than the flagship SSDs from Toshiba and Intel. 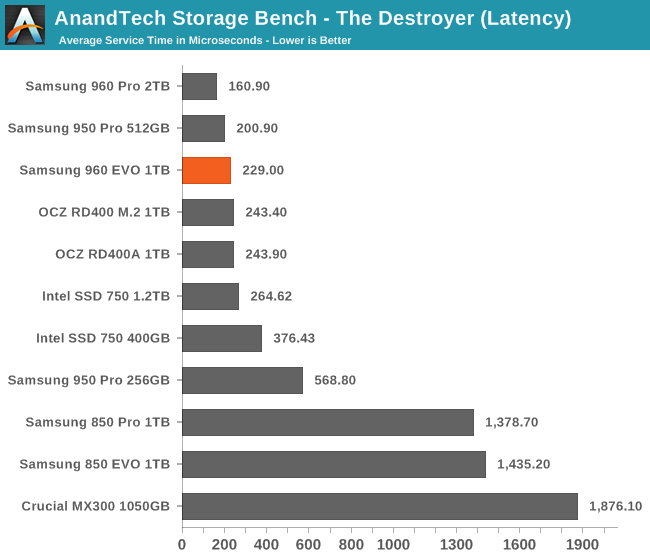 The 960 EVO delivers average service times on par with other high-end PCIe SSDs, and is still slightly faster than any non-Samsung drive. 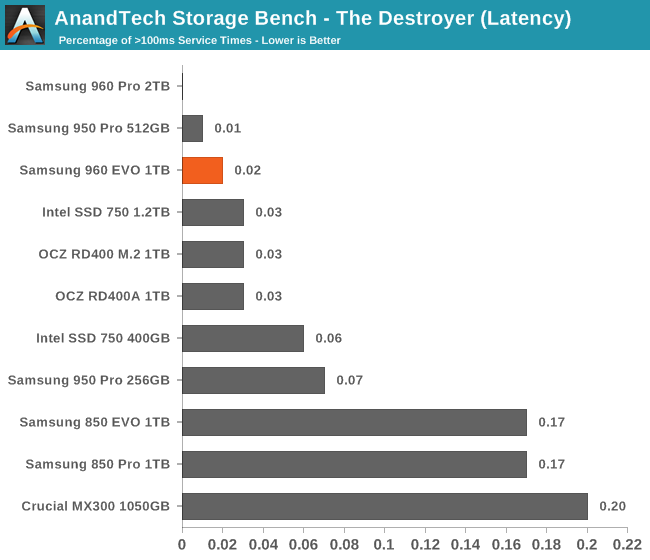 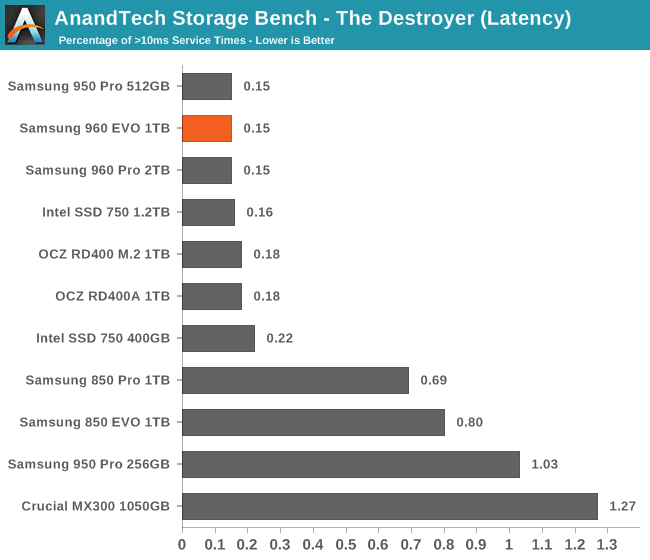 In the frequency of high-latency outliers, the 960 EVO is surpassed only by Samsung's 950 Pro and 960 Pro. 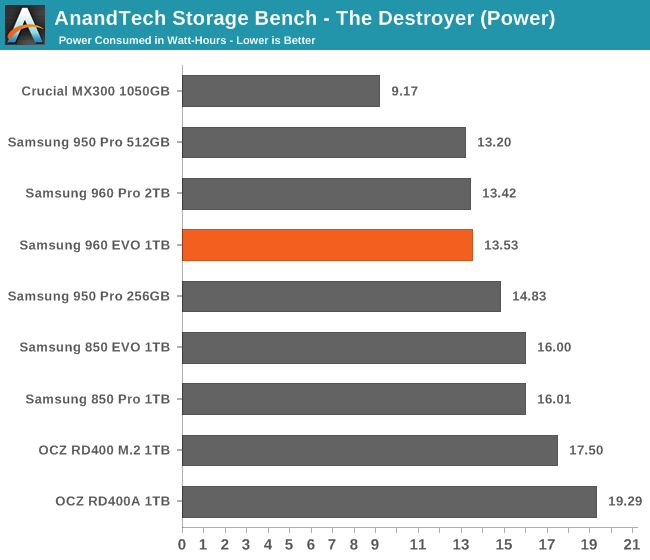 Despite using TLC NAND, the 960 EVO manages comparable power efficiency to the 960 Pro, putting it ahead of the fastest SATA drives but still drawing substantially more power than the most efficient SATA SSDs.